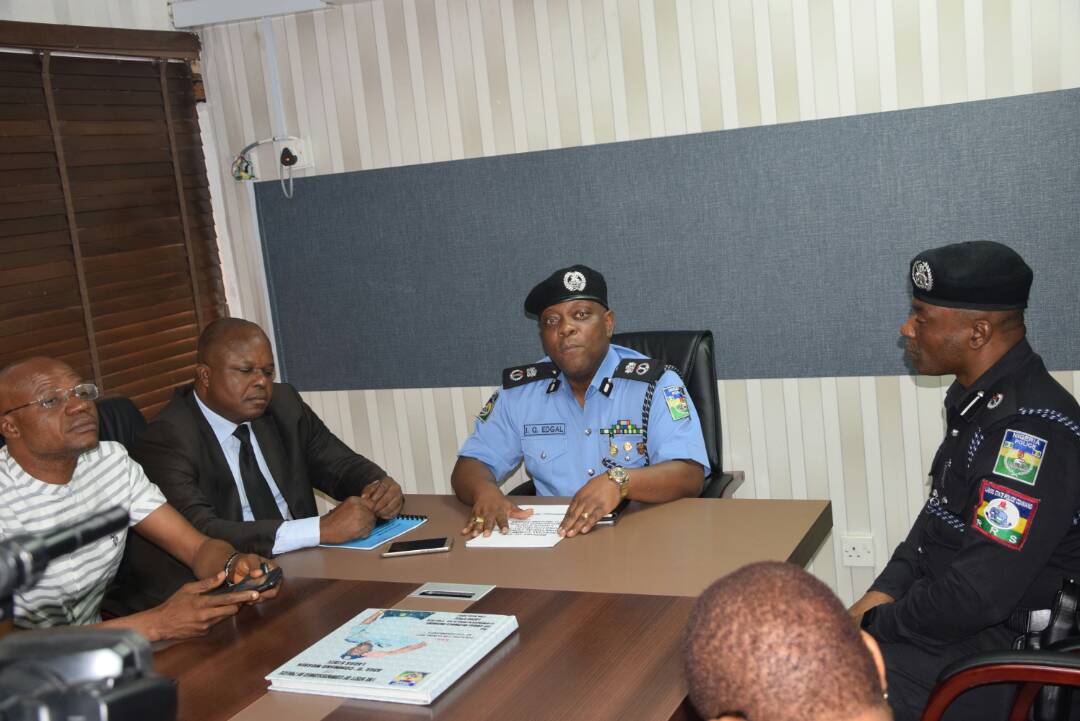 Commissioner of Police in Lagos State, Mr Imohimi Edgal, has received report of an investigative panel set up to look into allegations of corruption and sèxual harassment levelled against some officials of anti-kidnapping unit of the command from its Chairman, ACP Olatunji Disu in his office.

Receiving the report, the police chief explained that the essence of investigating officers was not to witch-hunt anyone but institute a culture of respect for the rights of every Lagosians and ensure that they get quality service.

He noted that the command would not tolerate corruption and unethical conduct from officers of the command, stressing that such actions would undermine the present policy trust of the command.

Mr Edgal restated his commitment to purge the command of bad eggs just as he sought the partnership of members of the public in reforming the command.

He added that the command’s policy of community policing, safety and partnership, which was launched last week would not be achievable if unethical conduct of some officers of the command are not checked.

He maintained that it would not be business as usual, pointing out that any officer indicted would be openly investigated.

While urging the officers to demonstrate professionalism in their conduct, the Commissioner of police stressed that instilling discipline would engender public trust and confidence in the police.

This he noted would generate greater information flow between the police and members of the public and enhanced partnership.

“I have told my men that we cannot regain the trust and confidence of members of the public if we don’t change some of the unethical conducts and practices that some of our officers’ exhibit.

“Many of them have changed and I have noticed a marked improvement in their conducts. The number of complaints coming in has steadily declined.

“We would not stop talking, we would continue to talk to them. For those that continue to display unethical conduct, they would be investigated openly,” he said.

He thanked the committee for submitting the report on time. He promised to study the report and implement its recommendations. He called for patience of members of the public while he goes through the report.