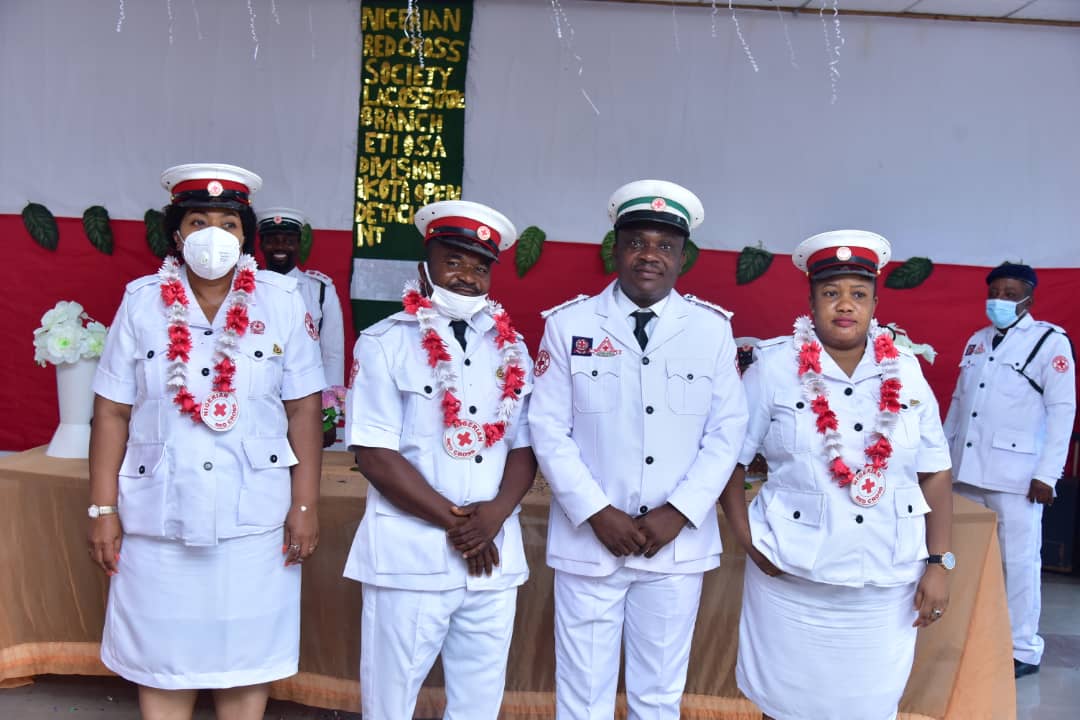 An investiture ceremony was held at the headquarters of Red Cross in Lagos on Saturday, August 14, 2021, for the new patrons, which also included Mr Samson Apeh and Mrs Mojisola Ishola-Bamidele.

The trio was selected for the position and inducted as members of the society for their humanitarian works and they expressed their joy for being chosen by the group.

They commended the branch and all members of the National Society for rendering selfless service and exhibition of good conduct in society.

The new patrons further described the NRCS as one of the notable voluntary organisations that has made positive contributions to peace and progress and has also been actively involved in humanitarian services, pledging to continue to identify with the organisation as it strives to attain its goals.

NRCS is a humanitarian voluntary organisation with a mission to meet the needs of the most vulnerable people. Its activities include first aid training and services, emergency preparedness, response and disaster risk reduction.

With a presence in every state of the federation and in every local government area, its members are largely the youths and young adults who have an interest in serving humanity, regardless of tribe, religion or culture.

The society depends solely on donations by spirited individuals, organisations and support from its international partners.