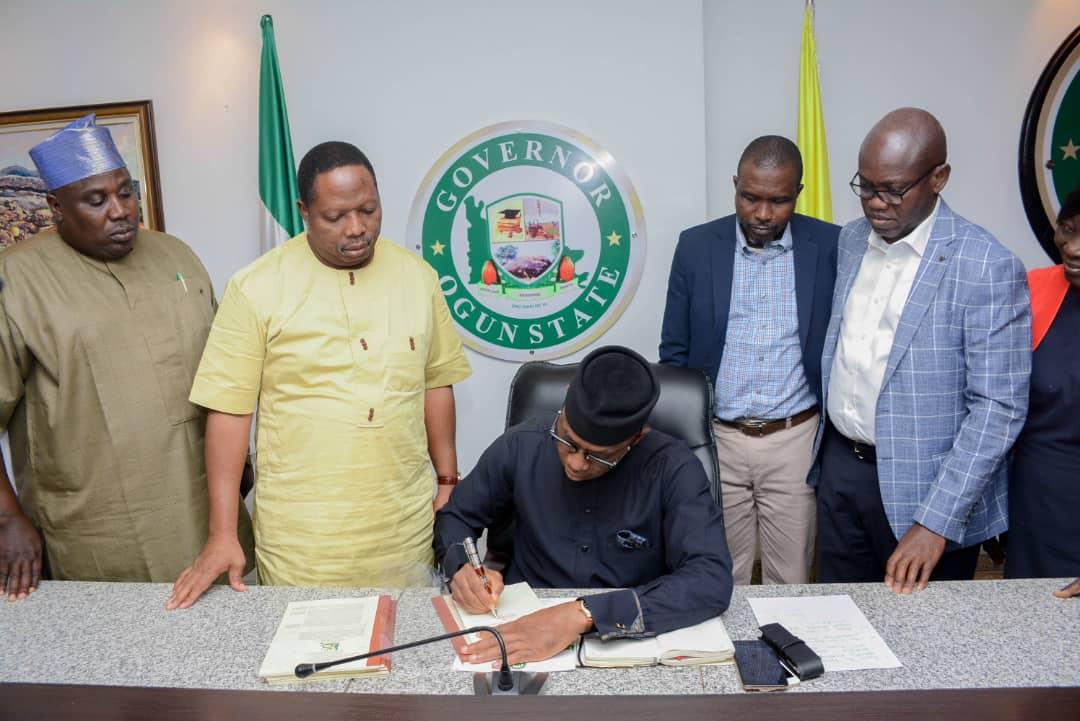 The governments of both Ogun and Plateau States have signed their respective revised 2020 Appropriation Bill into law.

In Ogun State, Governor Dapo Abiodun signed the 38 per cent slashed budget on Thursday with a pledge to pay attention to health, education, infrastructure and other sectors that would boost the state’s economy.

The Governor noted that despite the reduction from N449.9 billion to N280 billion, his administration was ready to work within the budget and pay attention to specific areas that require urgent attention.

He lauded the state lawmakers for expediting action on the bill in order to allow the state to move forward.

He specified that the review of the budget was due to the adverse effect of the COVID-19 pandemic, in line with the current realities, adding that the government would fix the inadequacy in the health sector, as exposed by the Coronavirus.

The Speaker, Mr Olakunle Oluomo, on his part, explained that relevant stakeholders were engaged in the course of amending the bill, expressing the hope that it would re-engineer the socio-economy of the state.

Mr Lalong, while performing the ceremony at the new Government House Little Rayfield, Jos, said the revised budget became necessary because of the need to take care of the realities of COVID-19 which has greatly affected the economy of the state.

He said: “For us as a state, the impact has been huge as our earnings have drastically fallen even in the face of demands for funds to carry out statutory responsibilities and also respond to the challenges of the coronavirus pandemic.

“That is why we engaged in various cost-cutting measures to enable us to manage the lean resources efficiently and also try to fulfil our most basic responsibilities of providing services to our citizens”, he explained.

He reiterated the commitment of his administration to working through this challenging period by effectively applying available resources to the most critical areas that will benefit the citizenry and assist us to bequeath a lasting legacy for the people of the State.

Mr Lalong directed the Ministries of Finance, Budget and Planning as well as all MDAs to ensure its strict and effective implementation in line with extant financial regulations.

Speaking on funding the budget, the Governor said, a reputable revenue collection firm has been engaged to improve on revenue targets, especially the Internally Generated Revenue which is crucial to funding the 2020 budget.

He further explained that Government will continue to strengthen the implementation of the Treasury Single Account (TSA); the Efficiency Unit; Bureau for Public Procurement; Liquidity Management Committee; as well as the Project Monitoring and Result Delivery Unit (PMRDU) to maximise resources and eliminate wastages.

Also speaking, Commissioner for Budget and Planning, Sylvester of the state, Mr Wallangko explained that the revised budget consists of N42.8 Billion for capital expenditure and N79.9 billion for recurrent expenditure.

Mr Wallangko further stated that the revised budget is in the deficit of N21.7 billion which will be funded from loans from domestic and external sources.