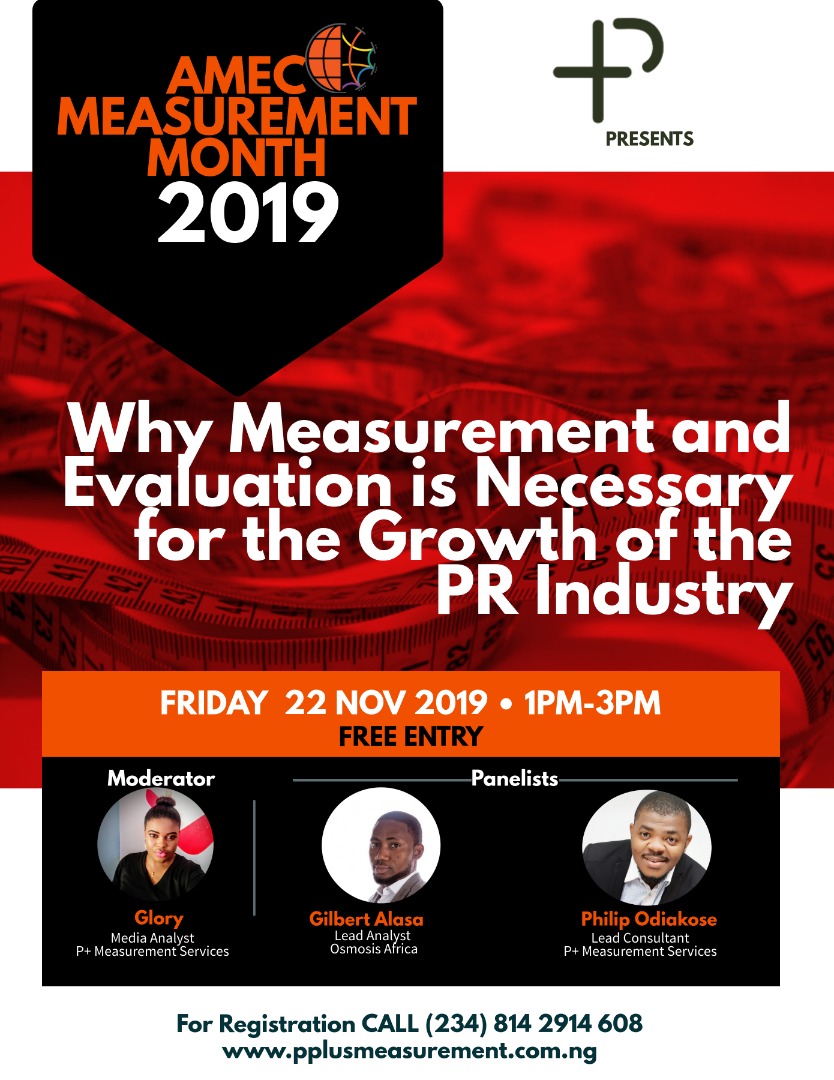 The International Association for the Measurement and Evaluation of Communication (AMEC), in conjunction with P+ Measurement Services, is set to host the annual educational programme, AMEC Measurement Month (#AMECMM), 2019 in Nigeria.

“We are happy to be the sole Independent PR measurement agency in Nigeria selected by AMEC to lead this conversation. We are not only open to working with organizations who want to make sense of their communication programs, we are also looking to expand our mileage while mainstreaming these critical skills from the academia to the public and private sectors,” Mr Odiakose said.

For the first time, the event will be broadcast live to reach more professionals and increase participation. The hashtags:  #EvaluatePR #AMECMM will be used to join in on the online platform for the event.

For Communications and PR professionals who intend to attend, kindly register here to book a free seat at https://forms.gle/yFtMxfpLioziKe8ZA. For more information about the AMEC Measurement Month and events, kindly visit the link https://amecorg.com/measurement-month-2019/

Related Topics:2019 AMEC Measurement Month in Nigeria
Up Next