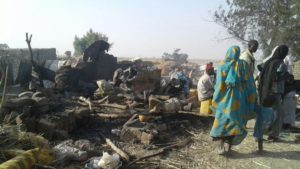 On Tuesday, an unfortunate incident led to the death of some civilians at an Internally Displace Persons’ (IDPs) camp in Borno State.

Several persons, mostly civilians, were believed to have died in the incident, which the Nigerian military has regretted it happened.

It is reported that at least 120 people were wounded and 52 killed when a Nigerian air force jet accidentally bombed the IDPs camp in Rann, Borno State.

Theatre Commander of Operation Lafiya Dole, Maj. Gen Lucky Irabor, had informed newsmen in Maiduguri that the military conducted airstrike on a location where Boko Haram were reported to have gathered.

He said, “We got information that Boko Haram terrorists were gathering somewhere in Kala Balge Local Government.

“We coordinate our air component and strike the location but somehow, some civilians were killed.”

“So far, it is a little bit disturbing; death has occurred. There are casualties; there were deaths and injuries but on the actual number of casualties, we would get back to you later,” he had also said.

Here are images from the unfortunate incident. 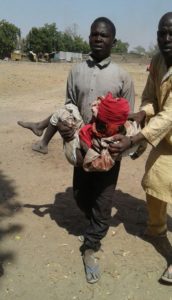 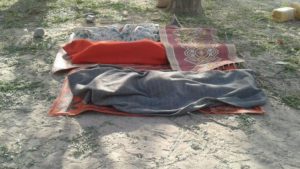 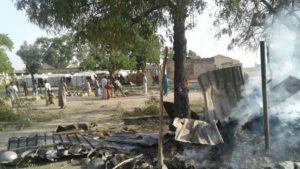