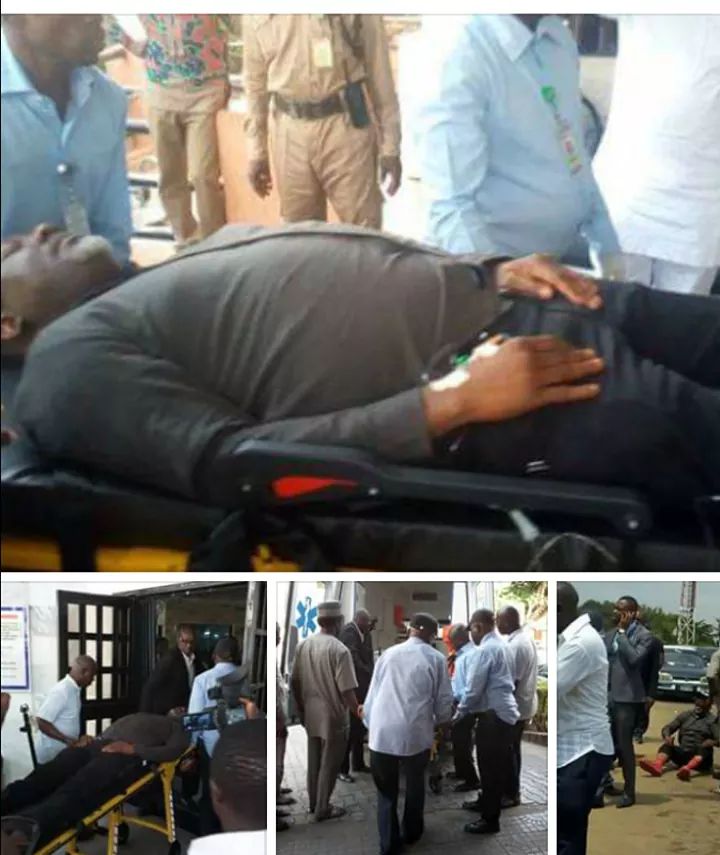 The senator representing Kogi West senatorial district, Mr Dino Melaye, was on Wednesday arraigned by the police at the Chief Magistrate Court in Wuse, Abuja.

The vocal lawmaker was brought before the court for alleged criminal conspiracy, causing damage to government property, attempted suicide and escape from lawful custody.

His arraignment in court today was subsequent to his discharge from the National Hospital after he was confirmed fit for trial.

It will be recalled that, on April 24, 2018, at about 12 noon, Mr Melaye, while in lawful custody of the Nigeria Police Force and being taken for arraignment for conspiracy and unlawful possession of prohibited firearms in court in Lokoja, Kogi State from Abuja, allegedly escaped from lawful custody when hoodlums and miscreants in two Toyota Hilux vehicles blocked the police vehicle conveying him around Area 1 Round About, Abuja and in the process the Senator allegedly broke the side glass of the vehicle and jumped out of the Police bus through the window and was rescued from the policemen by hoodlums and miscreants to an unknown destination before he was rearrested at Zankli Hospital in Abuja later in the day on same date.

However, after the court granted the lawmaker bail today, the police re-arrested Mr Melaye for the pending offences of criminal conspiracy and unlawful possession of prohibited firearms already filed in a court of competent jurisdiction in Lokoja for which the police said he will be arraigned without further delay.

Related Topics:Dino Melaye
Up Next