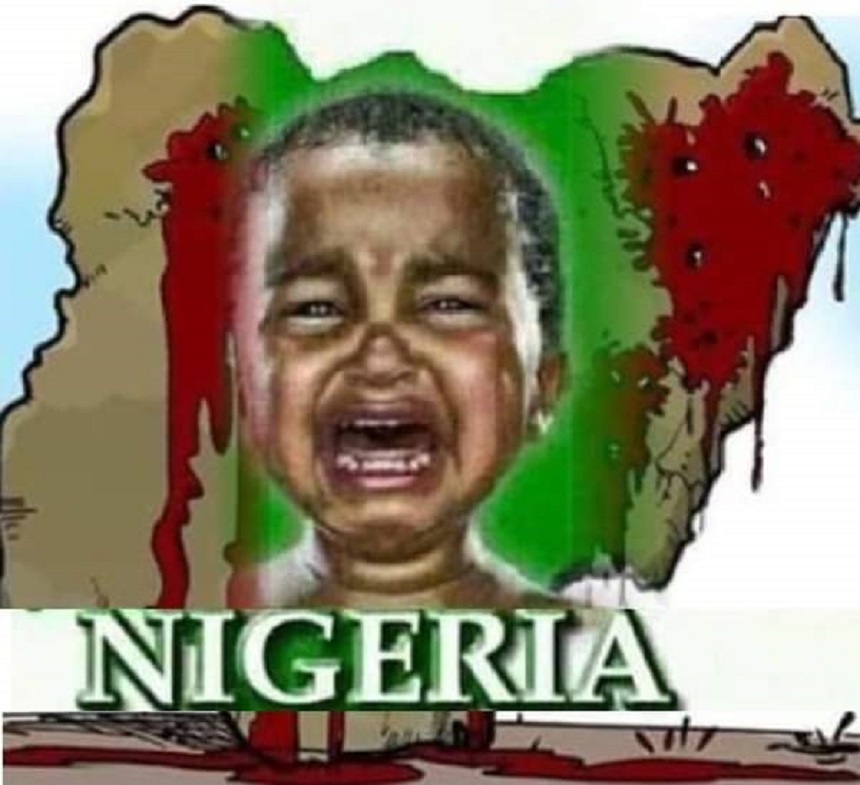 There is no gainsaying that Nigeria is plagued with development challenges such as widespread poverty, insecurity, corruption, the gross injustice and ethnic politics.

Also, evidence abounds that the nation is in dire need of attention/support from interventionist’s organisations (private and civil society organisations) to help unleash economic development,  promotes growth and structural change, with some measures of distributive equity, modernisation in social and cultural attitudes, a degree of political transformation and stability, an improvement in health and education so that population growth stabilizes, and an increase in urban living and employment.

What is yet to be uncovered is/are the principal and instrumental factors that set the stage for this unending national malady, as well as give it a boost to thrive unhindered in the country.

To many, corruption is the principal factor exacerbating the nation’s underdevelopment. It is the single reason Nigeria has remained underdeveloped. Corruption has eaten so deep into the fabric of the nation, so much so that it has become a threat to the very existence of the nation.

Talking about corruption is almost like wasting precious time on an issue that has come to stay and not in any hurry to leave. To some, the challenge is rooted in the ‘Federal Character Principle’ which was introduced into the 1979 Constitution, to among other responsibilities; promote peace, stability, sharing of power and resources amongst the states, has contrary to expectations failed to achieve the primed principle but, lowered education standards in the country, compromised standards and professionalism in the nation’s civil service by ignoring meritocracy.

The rest are on the one hand, particularly of the view that the existence of weak institutions daily undermined by strong figures, region and ‘political Maradonas’ breeds national mediocrity.

Others on the other hand blame the nation’s deformed Federal System which has not only made the centre more attractive with federating states stripped of valuable responsibilities/autonomy but made the nation stand in an inverted pyramid shape with more power concentrated at the top and the base not formidable enough making collapse inevitable if urgent and fundamental steps are not taken,

Definitely, this piece agrees with most of the reasons above being responsible for the situation/challenge in the country. However, I would like to add to what I have just observed above that the problem in the country would need to be looked at in a wider and, indeed, deeper context of the evolution and development in the wider human society particularly in Nigeria where corruption has held all square bound.

At this point, the question may be asked; what impact has leadership had on the development of the nation?  Are political leaders in Nigeria patrons or profiteers?

Again, looking at the multiple layers of formal and informal political leadership in post-colonial Nigeria where political leaders are the primary holders, controllers and distributors of power and resources, it elicits the question as to whether poor leadership is a principal or instrumental factor impeding the development of the country?

To add to the contest, talking about principal or instrumental factors impeding the development, Sylvester Enomah clarifies the concern in his book entitled ‘the Nature of Metaphysics’.

According to him, as the term designates it, instrumental cause means a thing or instrument that aids the agent or the principal cause in the process of causation and in the achieving of the effect.

The instrumental cause is not responsible on the condition that it is a non-living entity, and if it is a living thing, it is at the lower level of existence, for instance, lower animals like dogs. If the living entity is a man, the effect is not attributed to him, or he is not responsible on the condition that he is handicapped, i.e. he cannot hear, think, see, and smell, reason, mentally depraved, underage or under threat.

From the above explanation, it is deductible in my views that leadership challenge is the principal factor responsible for Nigeria’s underdevelopment while corruption, a system of government are but instrumental reasons.

Let’s listen to him; my experience of developments in Asia has led me to conclude that we need good people to have a good government. However good the system of government, bad leaders will bring harm to their people.

On the other hand, I have seen several societies well-governed in spite of poor systems of government, because good, strong leaders were in charge. I have also seen so many of the over 80 constitutions drafted by Britain and France for their former colonies come to grief, and not because of flaws in the constitutions. It was simply that the preconditions for a democratic system of government did not exist.

Again, sometime in May 2016, the Prime Minister of Britain, David Cameron, described Nigeria and Afghanistan as “fantastically corrupt” in a con­versation with the Queen. Cameron had said, “We’ve got some leaders of some fantastically corrupt countries coming to Britain… Nigeria and Afghanistan, possibly the two most corrupt countries in the world.”

Closely related to the above is the reality that the managers of our nation’s economy continue to go against the provisions of the constitutions as an attempt to disengage governance from public sector control of the economy has only played into waiting hands of the profiteers of goods and services to the detriment of the Nigerian people.

While the nation continues to lie prostrate and diminish socially and economically with grinding poverty and starvation driving more and more men into the ranks of the beggars, whose desperate struggle for bread renders them insensible to all feelings of decency and self-respect, the privileged political few continue to flourish in obscene and splendour as they pillage and ravage the resources of our country at will.

Finally, the truth is that if nothing is done to alleviate this appealing situation, it will hopelessly confirm why the nation is stumbling.

Jerome-Mario Utomi is the Programme Coordinator (Media and Public Policy), Social and Economic Justice Advocacy (SEJA), Lagos. He could be reached via jeromeutomi@yahoo.com/08032725374.

NDLEA Intercepts Cocaine Worth Over N2.7bn at Abuja Airport