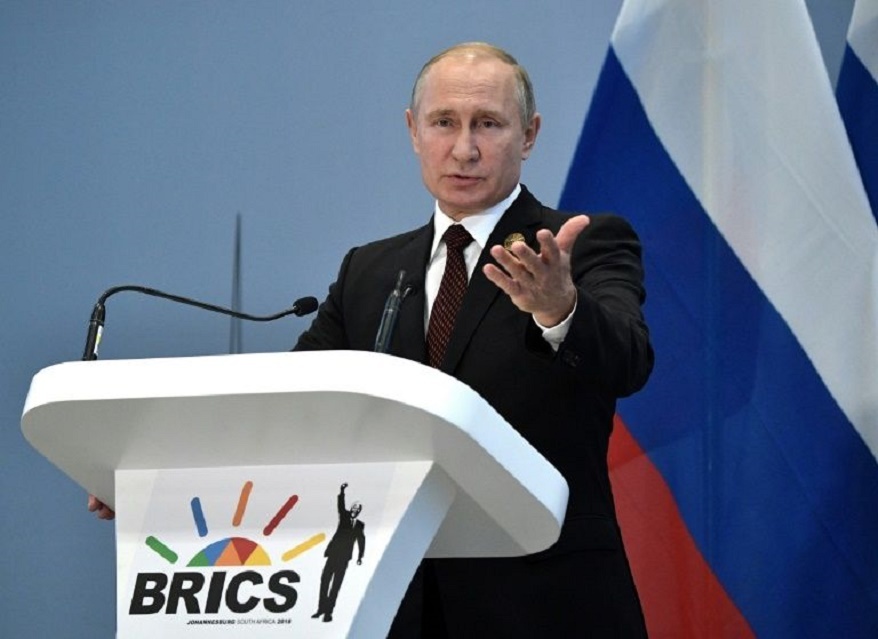 Russia has expressed its readiness to partner with the Nigerian National Petroleum Corporation (NNPC) in the development of Nigeria’s Upstream, gas and power sectors.

Russian Ambassador to Nigeria, Mr Alexey Shebarshin, during a working visit to the Group Managing Director of the NNPC, Mr Mele Kyari, at the weekend, said his country was “particularly interested in participating in Nigeria’s power infrastructure projects.”

In a statement issued by the Acting Group General Manager, Group Public Affairs of NNPC, Mr Samson Makoji, the diplomat was quoted to have said his visit to the GMD was to consolidate on the gains made from the Russia-Africa Summit held in Sochi last year, adding that the Russian Embassy in Nigeria was keen on enhancing and developing the bilateral co-operation between the two countries across the oil and gas value-chain.

“We would also keep close track of the ongoing negotiations between NNPC and Gazprom on the restoration of the bilateral cooperation which aims to revive and solidify the venture between our two companies for gas Infrastructure development in Nigeria,” Mr Shebarshin stated.

While highlighting the Memorandum of Understanding (MoU) signed between the NNPC and Russian-based company, Lukoil, which focused on refinery rehabilitation, the Russian stressed that he was ready to provide any kind of assistance to move the project forward.

Responding, Mr Kyari said NNPC was committed to partnering with the Russian Embassy in Nigeria to ensure that the two countries benefit from the bilateral cooperation reached in Sochi, Russia.

“As a National Oil Company, we are committed to growing Nigeria’s economy. We will set up communication channels with the Russian companies, Lukoil and Gazprom in particular, to promote this collaboration for the benefit of our two countries,” Mr Kyari noted.

Nigeria and Russia are major players in the crude oil business. Both have huge influence in the Organisation of the Petroleum Exporting Countries (OPEC).

Related Topics:russia nigeria
Up Next

Wheelbarrows Not Shared for Empowerment in Enugu—Group