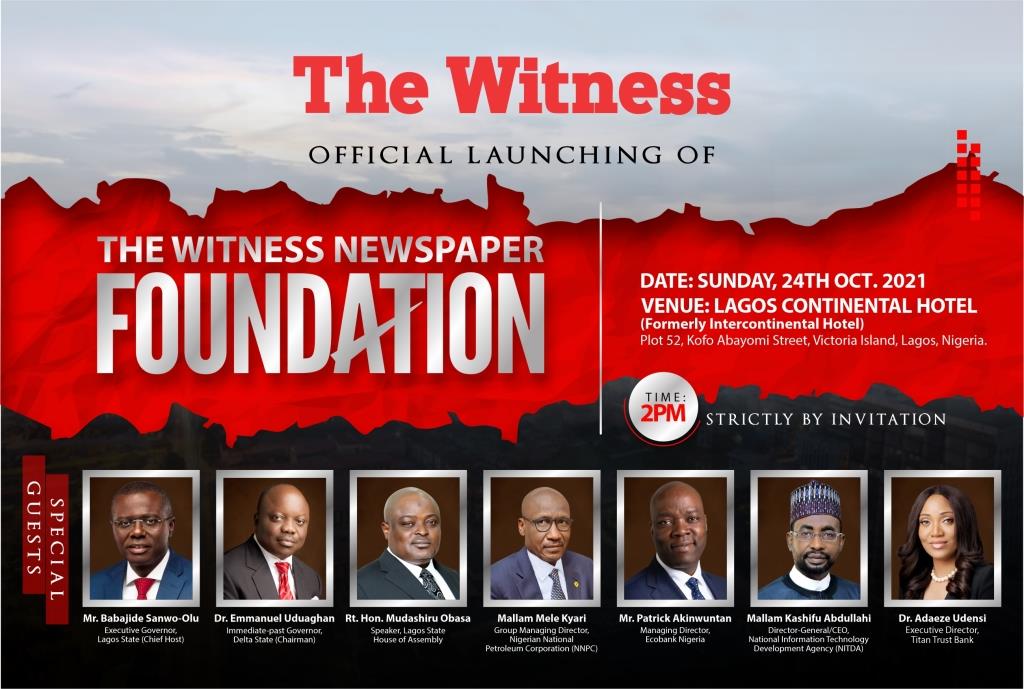 Business Post gathered that The Witness Newspaper Foundation is the Corporate Social Responsibility (CSR) arm of www.witnessngr.com, a credible Nigerian newspaper in digital and print formats.

The launch of the non-governmental organization (NGO) is in commemoration of the fourth anniversary of the newspaper, which was established in 2017 by a respected journalist, Mr Julius Akpovire-Enyeh.

A statement issued on Monday by Mr Akpovire-Enyeh explained that the foundation will focus on enhancing the education, health and empowerment of the less-privileged and vulnerable children, youths, widows and the aged in the society.

“Today, there are many children and youths who have dropped out of school due to lack of adequate support; there are a lot of less-privileged widows and the aged who are yearning for help.

“As a responsible organisation, we aim to ameliorate the pains of these individuals and in turn contribute to nation-building.

“The underprivileged widows and their vulnerable children constitute a significant component of every country’s population.

“Available statistics show that Nigeria has over eight million disadvantaged widows with over 21 million children. Many are stigmatised and blamed for their husband’s death and displaced from their marital homes.

“The aged constitute 5.2 per cent of Nigeria’s population and the figure is expected to hit 6 per cent by 2025. But it’s sad that in 61 years of independence from the colonial administration, Nigeria is yet to enact a national policy on the care and welfare of older persons.

“The rate at which the elderly are dying in the society as a result of inadequate healthcare and poverty is alarming and embarrassing to the country.

“The foundation will also tackle poverty and empower less-privileged youths. Although Nigeria is Africa’s biggest oil exporter with the largest natural gas reserves on the continent, it was reported by the National Bureau of Statistics in 2019 to have 83 million people living below the nation’s poverty line. Still, unemployment and underemployment are on the increase,” he disclosed.

He revealed that Mr Sanwo-Olu will serve as the chief host of the event, while the immediate-past Governor of Delta State, Mr Emmanuel Eweta Uduaghan, is the chairman of the occasion.

The Witness, which is updated regularly, was founded with the mission of bringing its readers accurate and reliable information without bias, about happenings within the nation and abroad and has consistently recorded massive hits and heavy traffic.