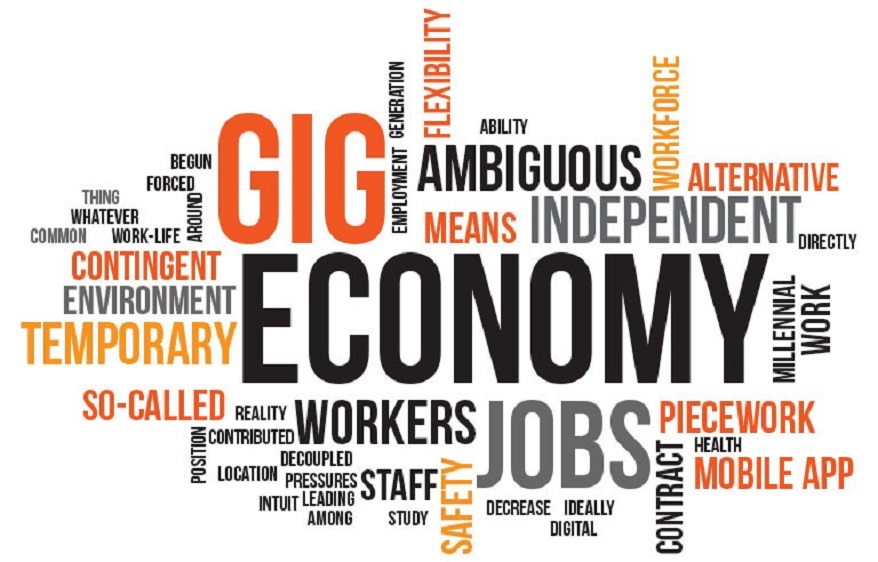 A new survey has shown that gig workers have been impacted by the COVID-19 pandemic, with approximately 4 out of 5 workers now earning less than $240 per month, compared to 16 per cent before the COVID-19 lockdown.

The new study was carried out by Flourish, a mission-oriented global venture capital firm with portfolio investments throughout Africa.

The organisation, which published the South African edition of The Digital Hustle: Gig Worker Financial Lives Under Pressure, said it tracked the experiences of gig workers, including those who use digital platforms such as e-hailing or delivery apps, to learn more about how they are faring during the COVID-19 pandemic.

The South African survey is part of  a bigger study in May tracking the experiences of gig workers across the globe. The firm released the Brazil edition in June 2020 and is currently fielding surveys in India, Indonesia, and the U.S.

With each of its country-specific studies, Flourish aims to help fintech entrepreneurs connect with the people most in need of aid and better understand their needs.

Surveying more than 600 South African gig workers, Flourish found that 76 per cent experienced a large decrease in income since March 2020. The report also summarized how gig workers are coping with economic dislocation.

It was observed that 91 per cent are very concerned about COVID-19, specifically, how gig workers believe it will affect their ability to earn an income (46 per cent) and the risk to their family’s health (26 per cent).

Also, some gig workers are impacted more than others. E-hailing drivers were twice as likely as delivery workers to report a significant decline in quality of life, with 83 per cent suffering a large decrease in income.

The report noted that coping strategies among South African gig workers vary. Some have a financial cushion, but a majority live on the edge. If they lost their main source of income, 58 per cent of respondents reported they could not cover household expenses for a month without borrowing.

Most have made sacrifices to cope with the pandemic and accompanying economic dislocation. Over half of gig workers have already reduced their household expenses, almost half borrowed money, and nearly 3 out of 4 had to rely on savings.

Yet, only 1 in 5 are seeking additional income – a low figure possibly driven by the strictly enforced COVID-19 lockdown.

As part of the survey questionnaire, gig workers were asked to share anonymous comments to describe how they are faring in the current conditions. “People are not buying as they used to do,” said a delivery driver. “The number of deliveries has dramatically dropped. It is a big challenge now.” An e-hailing driver said, “We are eating two meals a day. That is what we can afford now.”

The report said in the next 6 months, nearly all respondents plan to restart or continue the work they were doing before the lockdown. The majority are concerned about the ability to earn an income, find work, cover day-to-day work expenses. For 4 out of 5 people, health risk associated with returning to work was not a top concern.

In addition to these findings, the South African edition of The Digital Hustle: Gig Worker Financial Lives Under Pressure provides early insights into how platforms and financial services providers can best serve this emerging digital workforce.

“Digital platforms have made it possible for workers around the world to participate in the gig economy, providing a degree of formality and stability to their work,” said Arjuna Costa, managing partner at Flourish. “When the coronavirus outbreak caused the global economy to come to a halt in Q1 of this year, workers were severely impacted. By tracking gig worker experiences in South Africa, and elsewhere, we hope to open conversations about how fintech companies can build lasting solutions for this vulnerable population of citizens.”

Flourish said it partnered with research firm 60 Decibels and gig worker startups FlexClub and Picup to conduct the online survey of 605 gig workers from June 21-28, 2020. Of these respondents, 425 were e-hailing drivers and 180 were delivery workers.