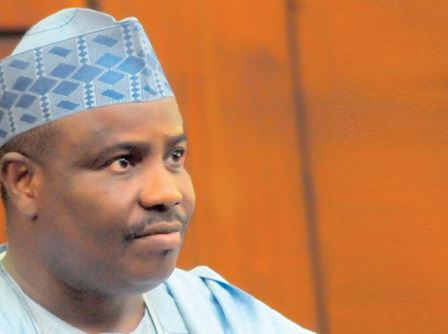 Governor Aminu Waziri Tambuwal has lost his bid to stop an action on his nomination at the Supreme Court.

On Friday, the apex court dismissed his suit challenging the propriety of his nomination for the 2015 governorship election by the All Progressive Congress (APC) and ordered a Federal High Court in Abuja should retry the case on its merit and make decision as demanded by law.

The Supreme Court held that the nomination of Tambuwal by his party should be challenged by another governorship aspirant, Senator Umaru Dahiru on the ground that he has sufficient justifiable cause.

In a unanimous decision of a five man panel of the Supreme Court Justices, the court held that to agree with Tambuwal that the primary election that produced him cannot be challenged by another governorship aspirant is to allow democracy to be murdered by the governor.

In the lead judgment by Justice Musa Dattijo Mohammed and read by Justice Chima Nweze, the apex court set aside the decision of the court of appeal that the legal action instituted by Senator Dahiru against Tambuwal had been overtaken by events on the strength of the April 11, 2015 election of the governor

The Supreme Court said that the Appeal Court erred in law by holding that the event had overtaken the case of the appellant simply because the governorship election had been conducted after the primary election of APC that produced Tambuwal and which was been challenged in court.

Senator Dahiru had challenged the conduct of the primary election that produced Tambuwal as candidate of APC on the ground it was fraught with fraud.

By this development, the Federal High Court in Abuja is now to determine the matter against Tambuwal on its merit and acceleratedly as ordered by the Supreme Court.

Two appellants Senator Umaru Dahiru and Barrister Aliyu Abubakar Sanyinna who were governorship aspirants on the APC Platform in the 2015 general election had filed the appeal.

In their brief of arguments filed by Professor Awa Kalu SAN, the two appellants pleaded with the apex court to reverse the decision of the Court of Appeal which held that their suit had become academic exercise by virtue of the election of Tambuwal in the April 11, 2015 governorship poll.

In the brief of argument adopted by Mr. Ikoro M. Ikoro, the two appellants insisted that the lower court (Appeal Court) erred in law by holding that their joint suit has no life to sustain it simply because of the conducted general election.

They argued that the April 11, 2015 general election cannot take life out of their case or render it academic exercise because the suit had been filed on January 27, 2015 long before the general election was conducted.

The appellants chronicled the genesis of their suit, claiming that several frivolous motions and applications filed by the respondents at the federal high court in Abuja delayed judgment delivery until after the general election.

Their counsel argued that since all the delay tactics were at the instance of the respondents, the respondents should not be allowed to be beneficiaries of the unjust delays which made expeditious hearing practically impossible.

They asked the apex court to invoke Section 22 of the Supreme Court Act to resolve the issue to a finality as the said section of the law empowers it to act as a court of first instance in the circumstances of the case.

Respondents in the appeal are the APC, the Independent National Electoral Commission (INEC) and Hon Aminu Waziri Tambuwal.

But counsel to Tambuwal Mr. Sunday Ibrahim Ameh SAN stood his ground that the reliefs sought by the appellants at the Federal High Court have been overtaken by the general election and the declaration of Tambuwal as winner of the April 11, 2015 election.

The counsel urged the court to dismiss the appeal on the ground that it had become pure academic issue without any live.

In his own argument, Mr Jibrin Okutepa SAN, who stood for APC aligned himself with the third respondent’s submission.

The appellants had at the federal high court sued Tambuwal and asked the court to declare that the primary poll of December 4, 2014 which produced him was unlawful, unconstitutional, null and void and inconsistent with the Electoral Act, 2010 and the APC guidelines.

They claimed that the list of accredited delegates was swapped at the election venue and that votes were arbitrarily, unlawfully and fraudulently allocated to the aspirants after series of manipulation, intimidation and threat from the then state government officials backing the third respondent.

They asked for the court order restraining INEC from acting, publishing or recognizing Tambuwal as APC gubernatorial candidate.

They also prayed for an order nullifying or withdrawing the nomination of Tambuwal and that a fresh primary election be ordered.

But the appeal court in its judgment delivered by justice Moore Adumein set aside the decision of the trial court and held that the reliefs of the plaintiffs cannot be granted again in view of the 2015 governorship poll already won by Tambuwal. 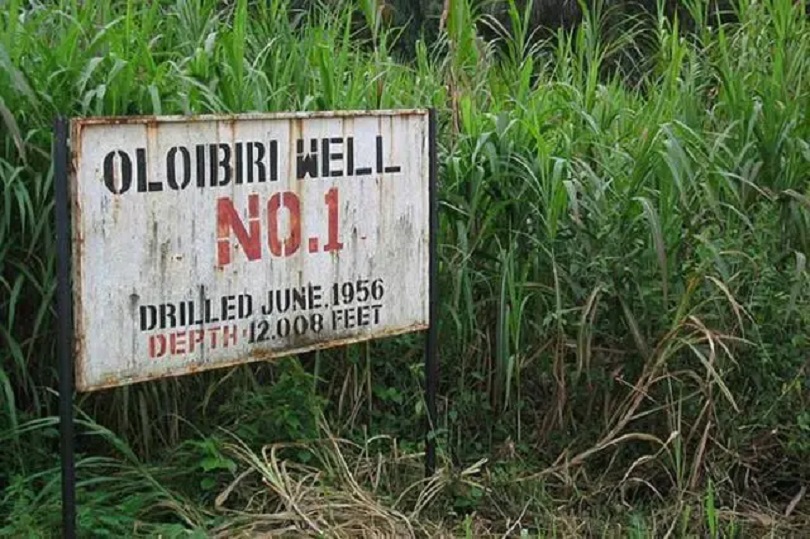 A leading construction company, Julius Berger Nigeria Plc, has been awarded the contract to build the Oloibiri Museum and Research Centre (OMRC) in Bayelsa State.

The contract for the project was approved on Wednesday at the Federal Executive Council (FEC) chaired by President Muhammadu Buhari.

A statement issued by the Nigerian Content Development and Monitoring Board (NCDMB) disclosed that the project will kick off before the end of the first quarter of this year and would be completed in 30 months.

The museum and research centre will close a significant gap in the nation’s quest for homegrown technology inputs to service exploration and production activities in the Nigerian oil and gas industry.

Recall that about 66 years ago, crude oil was discovered in commercial quantities at Oloibiri, Bayelsa State, by Shell D’Arcy.

The establishment of OMRC has been at the concept stage for over three decades, and the inability to progress to the construction phase is viewed as a historical oversight as an operational museum and research centre would preserve the heritage and developments in the oil and gas sector similar to what obtains in other oil-producing nations.

Details of the project indicate that it has four development partners comprising NCDMB, the Petroleum Technology Development Fund (PTDF), Shell Petroleum Development Company of Nigeria (SPDC), and the Bayelsa State Government, to contribute to the development of the monument in the ratio of 40, 30, 20 and 10 per cent, respectively.

The project team for the symbolic project was first launched in August 2020 by the Minister of State for Petroleum Resources, Mr Timipre Sylva, with the inauguration of key project committees and the setting of delivery timelines.

The historical essence of the project is to convert the location where the first oil was discovered into a monumental edifice that would preserve the heritage and developments in the oil and gas sector. The socio-economic impact of the project includes employment generation, tourism, research & technology development and integration of oil and gas host communities into the mainstream developmental narrative of the country. 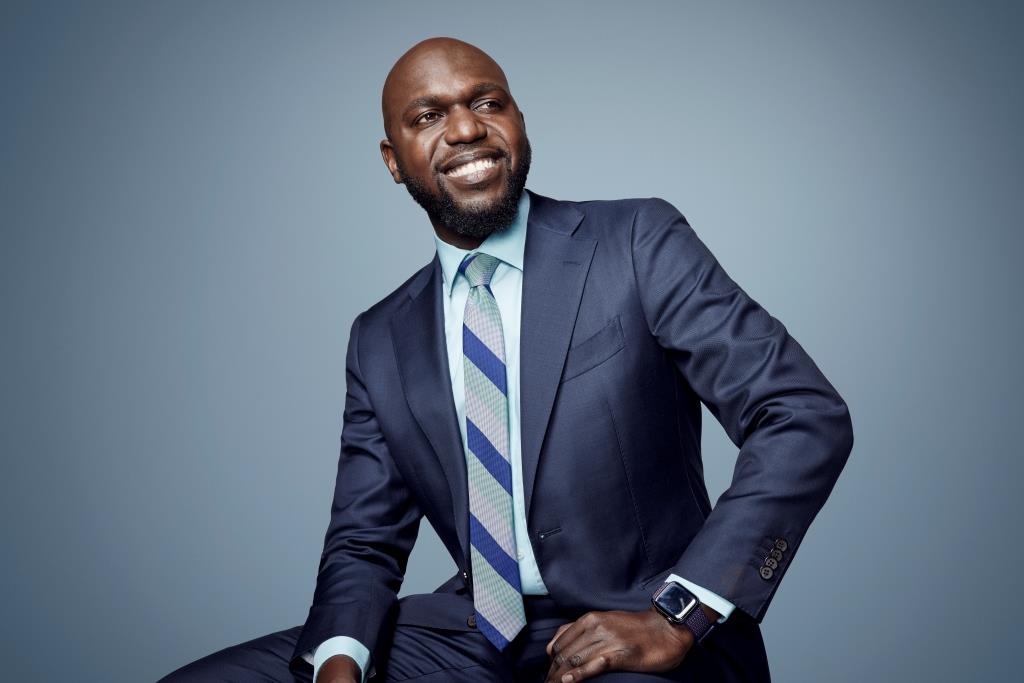 Kenyan-based CNN International Correspondent, Mr Larry Madowo, has been announced as the new host of the long-running series, African Voices Changemakers, which profiles outstanding individuals from across the continent.

African Voices has aired on CNN International for over a decade, with the show meeting entertainers, creatives, athletes, and members of the public who are making a difference, finding ways to impact their communities, and making cultural contributions.

In 2017, the new host of the programme, Mr Madowo, was featured on the show, highlighting his work as a Kenyan broadcasting star. He started his broadcasting career at Kenya Television Network at 20.

The journalist has covered stories around the globe since joining the network in 2021. He has highlighted coronavirus vaccine inequality, reported on flooding in Nigeria, broadcast from Expo 2020 in Dubai and the 2022 World Cup in Qatar, anchored news shows from Atlanta, covered the Kenyan elections, and most recently reported from the World Economic Forum in Davos.

“I’m looking forward to highlighting outstanding stories and incredible people from across the continent and showing the world these remarkable African changemakers. Having featured on the show before joining CNN, this is a full circle moment for me,” Mr Madowo, whose first show will air on February 25, 2023, commented on his selection as the new host.

“He is also incredibly passionate about Africa, and I know he is excited by the opportunity to bring his many varied experiences and stories to a global audience via one of CNN’s longest-running and most successful programmes.

“Larry also has a large and highly engaged social following, which presents a great opportunity for us to further interact with our African Voices Changemakers audience, as well as gain new fans for the show.”

African Voices Changemakers will continue to air weekly on CNN International, seeking out leading trendsetters and trailblazers across Africa looking to inspire, empower, and impact the continent in a positive way. On digital and social, audiences can enjoy supplementary content, including the popular My Drive videos, which will also be featured in a special 30-minute compilation show.

The last year has seen the introduction of new formats and content to the show with a focus on athletes, including highlighting sporting achievements from across Africa with a new segment titled African Voices Playmakers, which airs monthly as part of CNN’s flagship sporting show World Sport.

The programme runs in partnership with long-term sponsor Globacom as part of an advertising and sponsorship campaign to engage CNN’s audience seamlessly across all platforms. 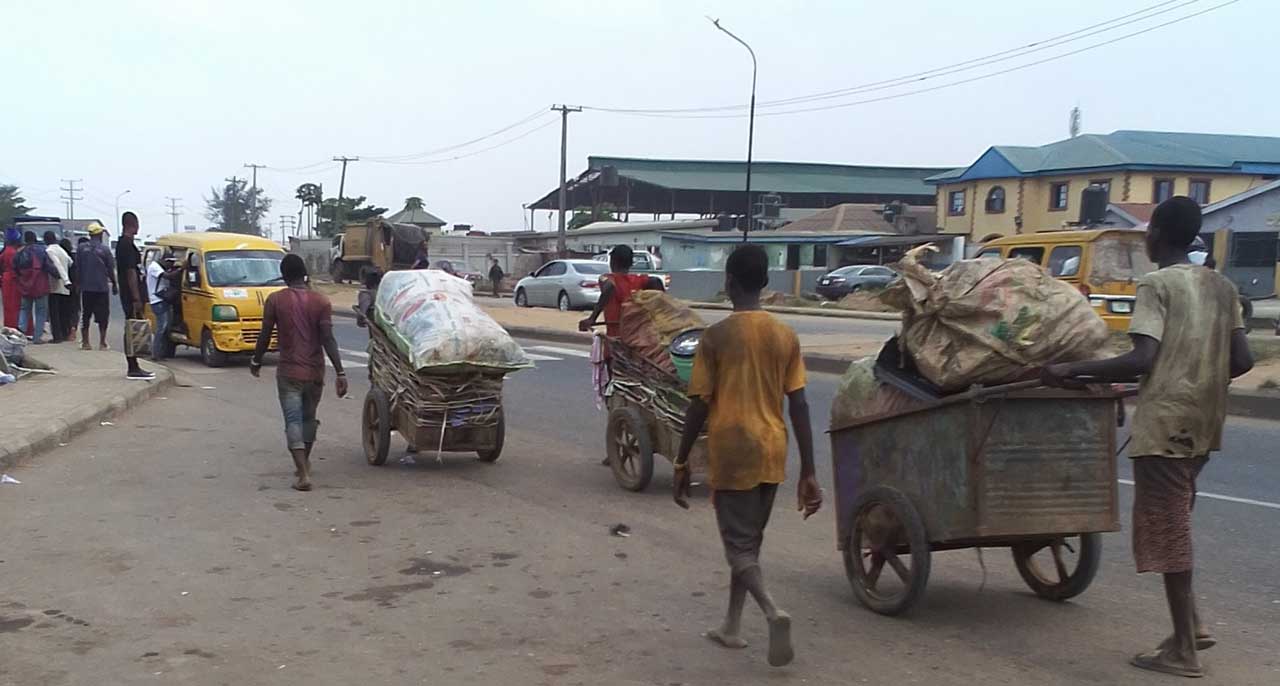 Residents of Oyo State have been urged by the state government not to patronise cart pushers for the disposal of their wastes because it is against the law.

Instead, they have been encouraged to make use of the registered PSP operators so as to make the state cleaner and prevent any outbreak of disease.

In a statement signed by the Commissioner for Information, Culture and Tourism, Mr Wasiu Olatubosun, on Thursday, appealed to residents to have a change of mindset in terms of waste management, saying they have to imbibe the act of paying for waste bills regularly.

Speaking in Ibadan, the state capital, the Commissioner further advised them to acquire waste bins for their homes, noting that they should work in tandem with the laid down principles by Oyo State Waste Management Task Force and the Oyo State Government waste management consultant, Mottainai Recycling Limited.

“The Oyo State Waste Management Taskforce and Mottianai have appealed to residents at different times to pay their waste bills promptly. The two have also promised to continue offering quality service to keep our city clean,” he said.

Mr Olatubosun reiterated the need for every home to acquire a waste bin, as enforcement on defaulting homes would begin in earnest.

He also lauded the Task Force’s efforts, led by Mrs Adedayo Aderonke, at improving the collection and disposal of solid waste, including the deployment of additional waste collection trucks and the implementation of a new route optimisation system.

Also speaking on Mottainai Recycling’s efforts at tackling the menace of indiscriminate refuse disposal, Mr Olatubosun said the company has stepped up its advocacy campaign this year.

He also harped on the importance of recycling in the waste management ecosystem in the state, urging residents to explore it for its vast economic and environmental values.

“Last year, the Oyo State Government intensified efforts to promote the culture of environmental sustainability among residents through market advocacy programs,” he said.

“One of the key areas we focused on last year was improving the collection and disposal of solid waste and recycling. This year we will do more. We will increase the number of waste collection trucks on our roads to ensure efficiency and effectiveness,” he stated.