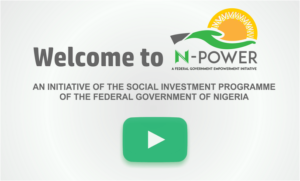 Senior Special Assistant to President Muhammadu Buhari on Job creation, Mr Afolabi Imoukhuede, has revealed that no fewer than 753,307 applications have been received from graduate job seekers in the country for the available 300,000 slots in the N-Power job scheme of the Federal Government.

Mr Imoukhuede, in his breakdown of the entries, informed journalists in Asaba, Delta State on Sunday that N-Teach, the teacher volunteer aspect of the scheme, got the highest applications with 470,456.

He further said N-Agro, the agriculture extension section of the programme, followed with 127,315 applications.

According to him, the N-Tax, which was recently added to boost tax awareness in the country, had 69,842 applications, while the N-Health generated 85,691 applications.

It was gathered that the latest figures surpassed the number of both graduate and non-graduate applicants in 2016, where 300,000 applications were received from graduates.

The President’s aide attributed the large number of applications this year to the trust graduates now have in the programme, promised the President during his campaigns.