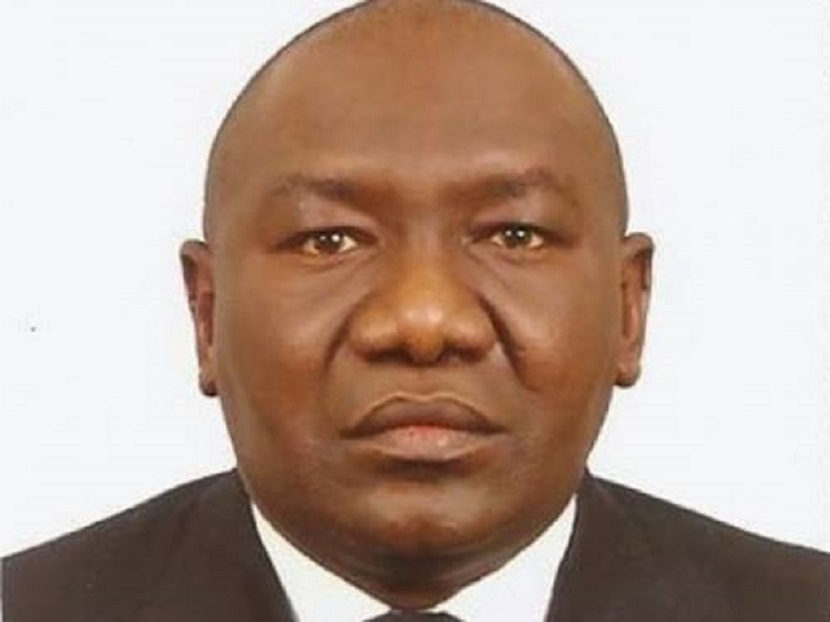 Nigerian oil tycoon, Mr Benedict Peters, has dedicated an award he won on Monday, January 28, 2019 to all employees of his company, Aiteo Group.

At the Nigeria International Petroleum Summit in Abuja, Mr Peters was awarded African Icon of the Year at the Foreign Investment Network (FIN) and Federal Ministry of Petroleum Resources Honorary Patrons Dinner and Awards Night.

The award was an acknowledgement of his significant contribution to oil and gas development in Africa, his visionary leadership, distinguished service and transformational disruption of a sector dominated by International Oil Companies.

The Aiteo Group’s 20 year evolution through Africa’s Oil and Gas sector has been exemplary as well as revolutionary – going from a downstream start-up to becoming a leading integrated energy conglomerate with strategic investments in hydrocarbon (or commodities) exploration and production.

Speaking at the award ceremony, Mr Michael Dragoyevich, Chief Executive Officer of Foreign Investment Network remarked, “Mr Peters has earned a unique honour to stand out among his peers as winner of the coveted FIN African Icon of the Year Award.”

In his remarks, while dedicating the award to all Aiteo employees worldwide, Mr Peters said, “The award by FIN as its African Icon of the Year is awe-inspiring. It’s an honour to receive this type of recognition.

“Our modest efforts to provide Africa’s market places with top-quality energy solutions while being a reference point for indigenous capacity in oil and gas have clearly paid off, and we are proud of the fact that we continue to receive such prestigious distinction.”

Mr Peters ventured into the oil and gas sector as an entrepreneur in 1999 and initially traded mainly in the downstream sector. In 2015, his company, Aiteo won the bid for the largest onshore oil block in sub-Saharan Africa.

Beyond oil, Mr Peter’s group has investments in mining, agriculture, infrastructure development, electricity generation and distribution,  with a fast-developing retail distribution network. It is focused on serving the needs of communities across the continent, by leveraging a unique combination of a strategic asset base, technology, innovation, and some of the best technical and business minds across the industries it serves. The group has been expanding rapidly, extending its transformational operations to different countries across Africa and Europe.

Mr Peters is passionate about youth empowerment and has donated generously to support football on the African continent. Through Aiteo, he sponsors the Nigerian Football Federation, Aiteo CAF Awards, Aiteo Cup (The Federation’s foremost Cup in Nigeria) and a team in his company’s host community.

He has also assisted thousands of internally displaced persons in northern Nigeria while also supporting clean water sanitation initiatives in Africa in partnership with Face Africa, improving the lives of over 25,000 people in rural Liberia and more. Peters has a keen interest in social and environmental issues in the agricultural sector.

He chairs the Joseph Agro Foundation, which seeks to tackle high levels of unemployment and water shortage by creating job opportunities for farmers in Africa.

In recognition of his ground-breaking contribution to development, Peters was one of four recipients of the Marquee Award for Global Business Excellence at the Africa-US Leadership Awards in 2014. In the same year, he won the “Leadership CEO of the Year” award.

In 2015, Peters received the Dr Martin Luther King Jr. Legacy Award in the “Economic Empowerment” category. He was listed as one of the ‘50 Most Influential Nigerians in 2017’ by BusinessDay.

Furthermore, he won ‘Oil and Gas Man of the Year’ at the prestigious Guardian Awards in 2018 as well as the prestigious Forbes Magazine Oil & Gas Leader of the year. In January 2019, The Vanguard Media Limited honoured him with the Businessman of the year award at a gala in Lagos.