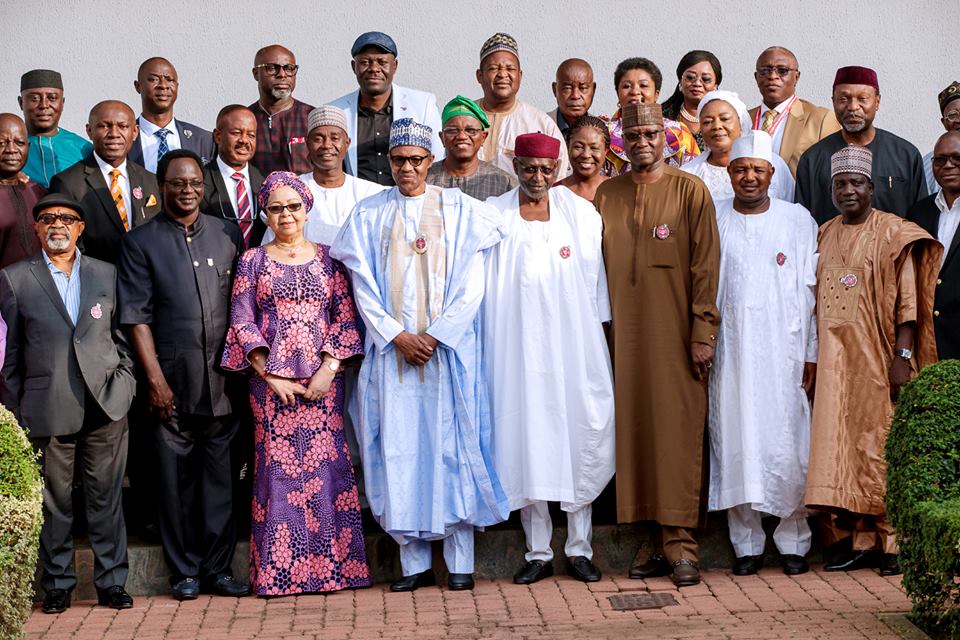 On Tuesday evening, the President received report of the tripartite committee he set up in November 2017 to look into the minimum wage, which is presently at N18,000.

At a meeting held on Monday in Abuja, the committee, which comprises labour unions, organised private sector and the government, it was agreed that N30,000 will be the new wage.

Receiving the report today, Mr Buhari thanked leadership of the organized labour and private sector as well as representatives of state and federal governments for the hard work, describing the agreement as a “notable achievement.”

The President, who urged workers and their leaders not to allow themselves to be used as political weapons, promised to “transmit the Executive Bill to the National Assembly for passage within the shortest possible time,” adding that he was “fully committed to having a new National Minimum Wage Act in the very near future.”

Mr Buhari said he “will continue to engage you all in closing any open areas presented in this report. I therefore would like to ask for your patience and understanding in the coming weeks.”

According to him, the review of the minimum wage “became necessary for many reasons. The last review took place in 2011. We all know since then, the prices of key consumables have increased and the most vulnerable of our workers are struggling to make ends meet.”

“Since 2011, many changes have taken place. Nigeria rebased its GDP to become the largest economy in Africa. We reported very strong GDP growth rates and exceptional performance of our capital markets. However, these reported successes did not flow into the pockets and homes of majority of Nigerians.

“In the last three years, we focused on correcting this deficiency. We are working to create a diversified and inclusive economy.

“We are pushing to clear pension arrears owed to our retired workers with the limited resources available to us.

“We supported state governments to pay workers salary. And of course, we set up a committee in order to review the minimum wage of workers,” he said further.

President Buhari said, “The Committee Chairman highlighted some of the challenges encountered during your deliberations, especially as it relates to having a consensus position acceptable by all parties.

“I understand, on the government side, the concerns raised were around affordability – that today many states struggle to meet their existing salary requirements.

“On the side of labour, the points raised focused on the need for any increase to be meaningful.

“In a way, both arguments are valid. I want to assure you all that we will immediately put in place the necessary machinery that will close out these open areas.”