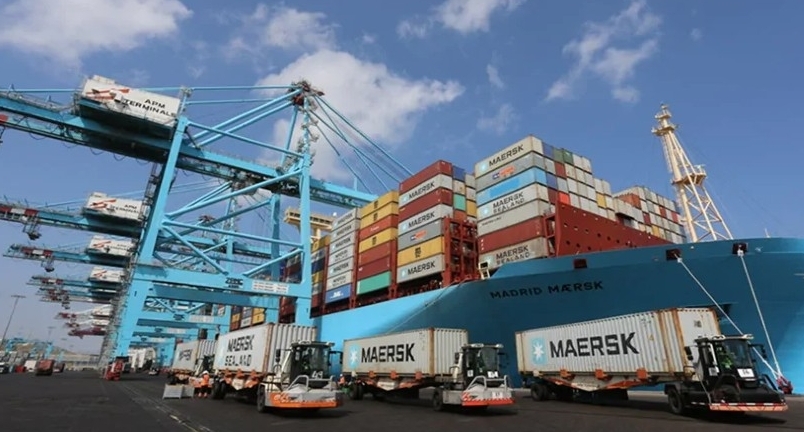 Activities at the AP Moller Terminals have been disrupted by members of the Maritime Workers Union of Nigeria (MWUN).

The maritime workers on Thursday paused operations at the premises over an issue they have with the operators of the facility.

The situation has led to a halt in the movement of cargoes at the terminal located at the Lagos Ports Complex, Apapa, Lagos.

However, the management of the Nigerian Ports Authority (NPA) is working tirelessly to address the issue causing a dispute between both parties.

The NPA said the disagreement between the parties as well as the disruption caused by the action of the workers will not allow cargoes to be attended to in the next one day.

Confirming this, the agency in a statement said, “Following a dispute with the management of AP Moller Terminals at the Lagos Ports Complex, Apapa, members of the Maritime Workers Union have today, Thursday April 15, 2021, disrupted operations at the terminal.

“While the authority is working towards resolving the dispute between the two parties, APMT will not be able to receive or exit cargoes for the next 24 hours.

“The authority hereby calls on stakeholders to please take note as ETO tickets will not be issued to APMT bound cargoes.”

How to Monitor the Performance of an Employee

Kaduna is Sacking Workers to Save Scarce Funds—El-Rufai