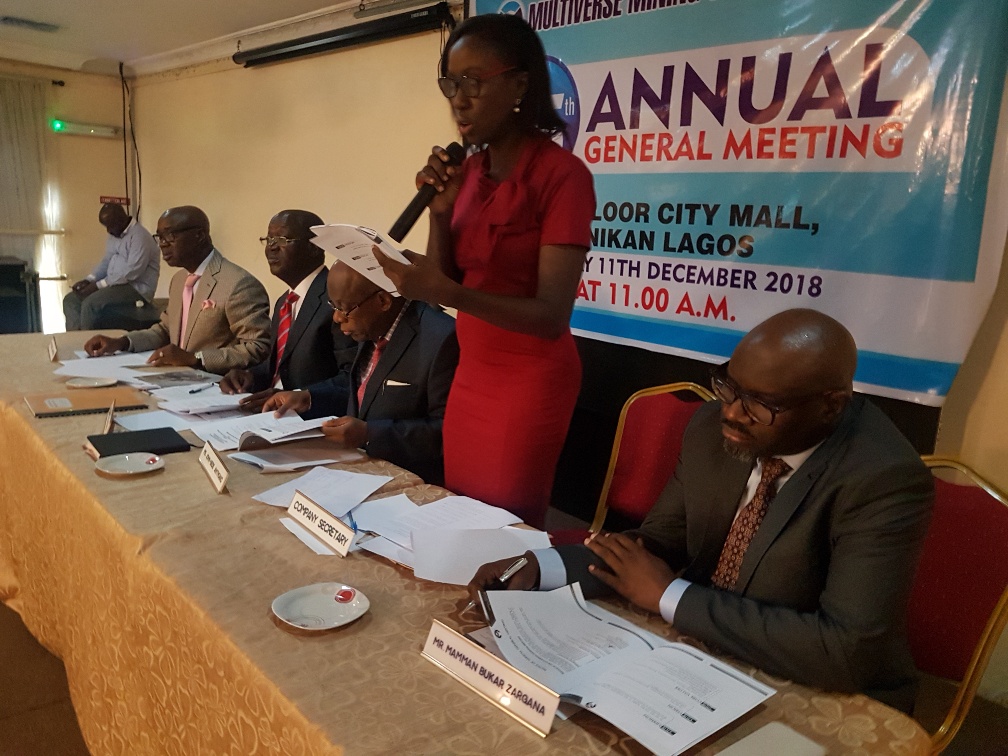 The board of Multiverse Mining and Exploration Plc has announced the appointment of Messrs Olukayode Aina & Co as its new external auditors.

Messrs Olukayode Aina & Co is a firm of Chartered Accountants which was founded in 1991 and has since played a key role in offering Accounting and Auditing services to the general public since its formation.

The appointment of this company followed the ineligibility of the former external auditors of Multiverse Mining and Exploration, Messrs Sola Oyetayo & Co, for another period, having worked for the mining firm for 10 years.

According to a statement issued by Multiverse Mining and Exploration, “Messrs Sola Oyetayo & Co has carried out statutory audit assignments in our company (as external auditors) for a period of 10 years.”

“In line with corporate governance rules, (the company) ceased to be eligible for re-appointment at the end of our 15th Annual General Meeting (AGM) held on December 11, 2018,” the statement said.

“Consequently, Messrs Olukayode Aina & Co has been appointed as our new external auditors in pursuant to section 357 (1) of the Companies and Allied Matters Act (Cap C20 Law of the Federation of Nigeria, 2004),” it concluded.

Multiverse Mining and Exploration, incorporated on June 20, 2002, was listed on the Nigerian Stock Exchange (NSE) on October 8, 2008.

Since 2008, the company has been actively involved in its core areas of businesses developing and deepening its operations. Share price of the firm closed on Friday at 20 kobo per unit on the floor of the exchange.