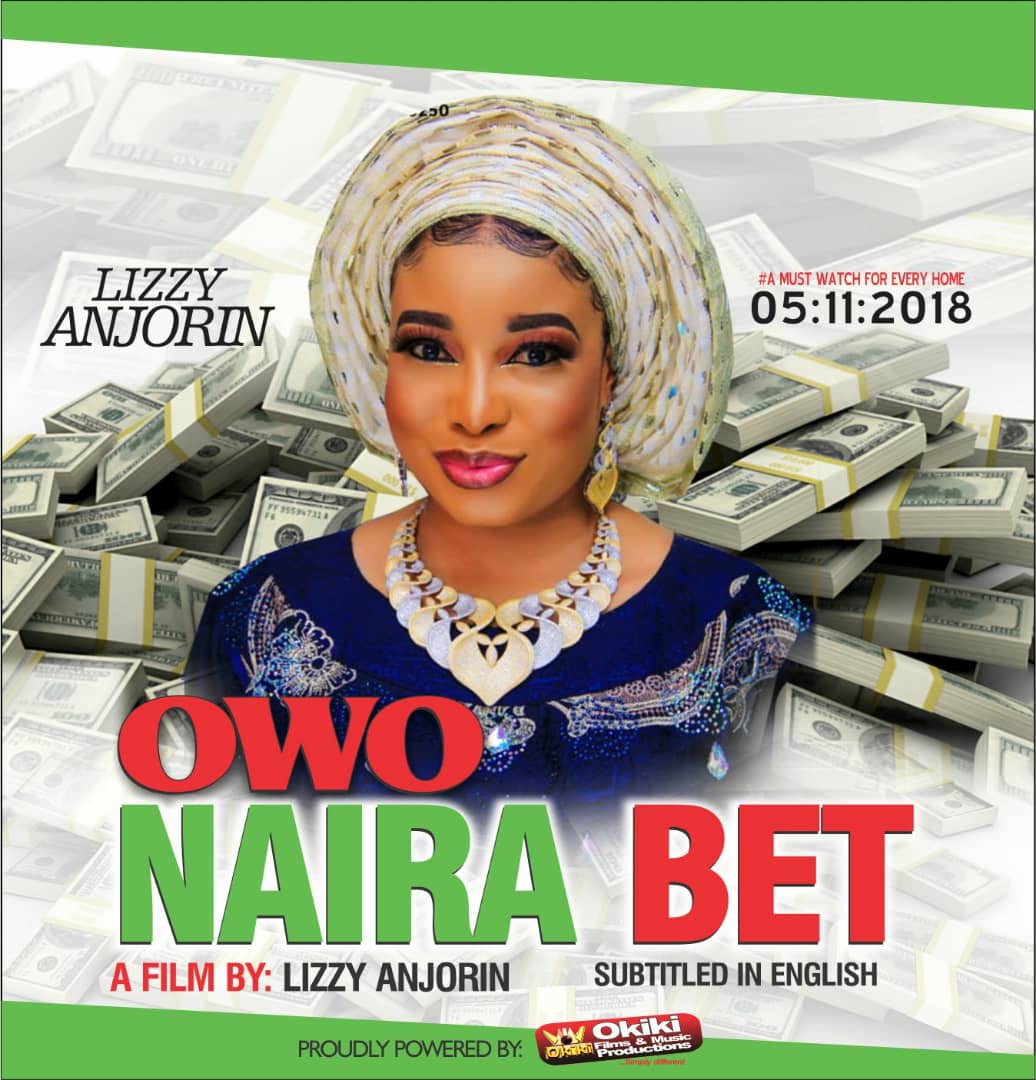 Owo Naira Bet was written and produced by Lizzy Anjorin, while Seun Olaiya directed the flick touted to be the most expensive movie production in the history of Yoruba movie production.

The movie featured stars in the industry like Saidi Balogun, Olaiya IGE, Jumoke George among other talented acts.

It centres on how people spend lavishly without making any investment for their future or for their children and the future.

Owo Naira Bet was premier last year in an event like a carnival at Ruby’s Event Centre, and was witnessed by dignitaries from all walks of life.

The marketer, Okiki Films and Music Productions, came into existence in 2006 as a full-fledged entertainment company with a mandate to engage in Music and Film Production; Marketing and Distribution; CD and DVD Production; Video coverage, editing and Artiste Management.

In recognition of its highly educating and entertaining movie and musical production works and its excellent distribution network and marketing strategy over the recent years, Okiki films and music productions has received over 20 local and international awards from Nigeria to the United States of America.