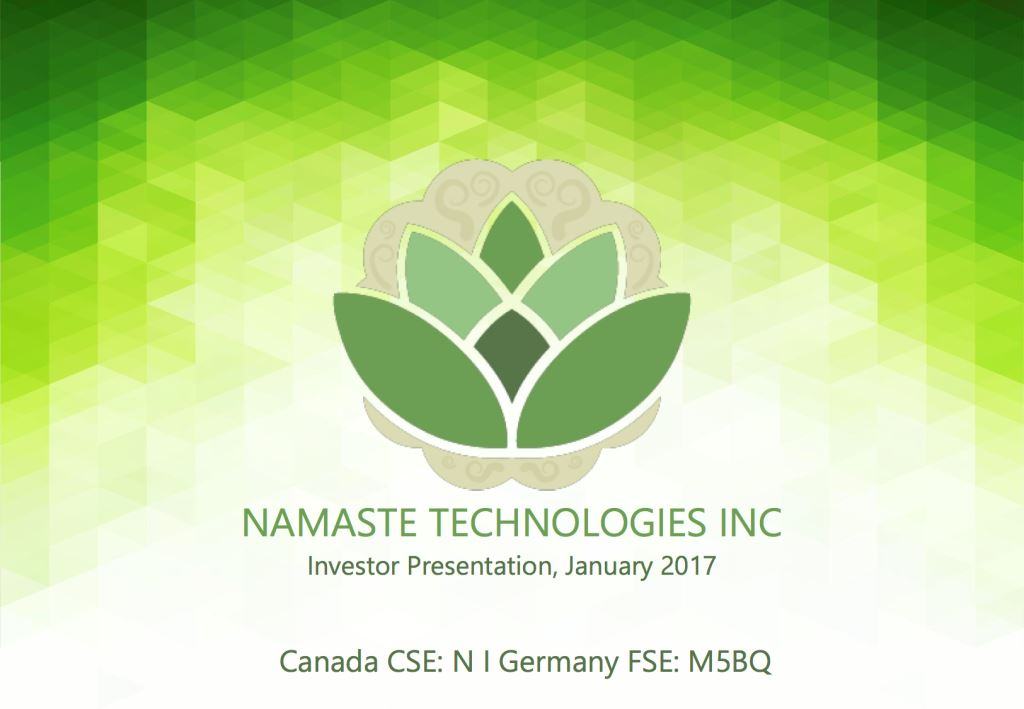 An emerging leader in vaporizer and accessories space firm, Namaste Technologies, says it has entered into a definitive agreement with Australian Vaporizers PTY Limited to acquire all of the issued and outstanding shares of Australian Vaporizers in exchange for a combination of cash, common shares and an earn-out payment.

It was learnt that upon the completion of the transaction, Namaste hopes to solidify its position as the leading e-commerce company in the vaporizers and accessories space with significant market positions in the North America, Europe, South America and now Asia Pacific.

Australian Vaporizers was founded in 2010 and has grown to become the largest online retailer of vaporizers in Australia.

The company’s customer database has over 48,000 individuals that have made upwards of 77,000 orders during the lifespan of the company.

It was gathered the strategic rationale for the transaction is to positions Namaste as the leading vaporizer and accessories company in Australia, a country with a population of 24.3 million people; expand customer database to well-over 300,000 individuals globally; positions the company with over $18.0 million of run rate revenue and moves the company into profitability. The higher margins of Australian Vaporizers are beneficial to the margins of the combined entity; provide full Australian distribution centre and additional technical staff; and attract valuation at approximately 1x sales and 5x EBITDA.

It was further gathered the transaction terms and conditions are to purchase price of 1.0x 12-month trailing sales of $5.0 million, plus the value of inventory acquired within six (6) months preceding the closing, and 50% of the value of the inventory acquired prior to six (6) months preceding the closing, less all liabilities and plus trade debt and cash. The total purchase price is estimated to be approximately $5.5 million; consider 75% cash on closing, 10% in common shares based on the 20-day volume weighted average price upon signing of definitive agreement and 15% earn-out based on sales and integration milestones; and get receipt of all director and requisite regulatory approvals relating to the transaction, including without limitation, CSE approval, if required.

Related Topics:Australian VaporizersNamaste Technologies
Up Next