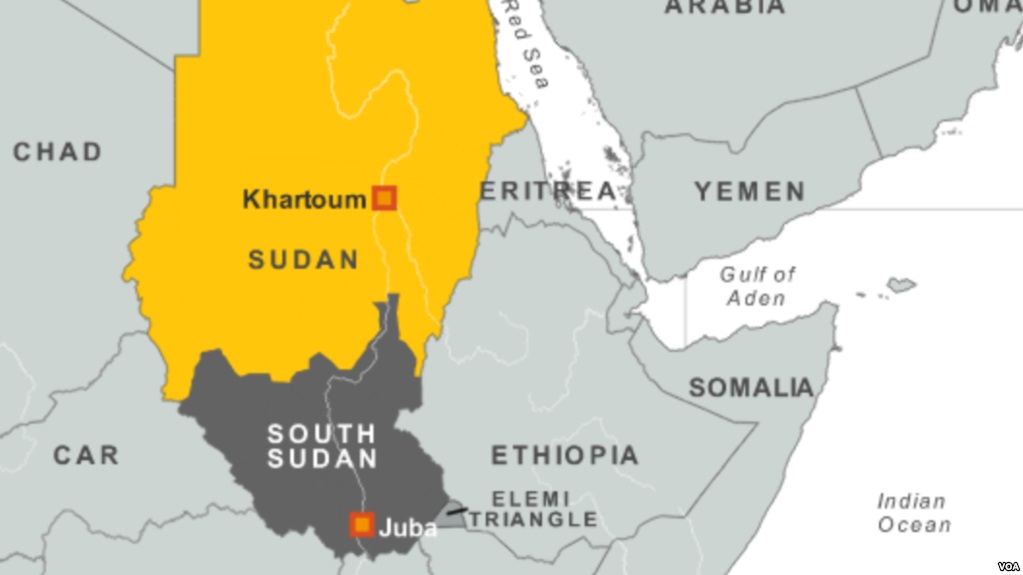 Emerging from the first Russia-Africa Summit held in Sochi a year ago, Russia will make one huge stride by establishing a naval facility in Sudan.

This marks its maritime security presence in the Mediterranean and the Red Sea region. Sharing a northern border with Egypt, Sudan is located on the same strategic coastline along the Red Sea.

It also authorizes “the Defense Ministry of Russia to sign the aforementioned agreement on behalf of the Russian Federation.” The document stipulates that a maximum of four warships may stay at the naval logistics base, including “naval ships with the nuclear propulsion system on condition of observing nuclear and environmental safety norms.”

Earlier, Prime Minister Mikhail Mishustin approved the draft agreement on establishing a naval logistics base in Sudan and gave instructions to submit the proposal to the president for signing. The draft agreement on the naval logistics facility was submitted by Russia’s Defense Ministry, approved by the Foreign Ministry, the Supreme Court, the Prosecutor General’s Office and the Investigative Committee of Russia and preliminary agreed with the Sudanese side.

As the draft agreement says, the Russian Navy’s logistics facility in Sudan “meets the goals of maintaining peace and stability in the region, is defensive and is not aimed against other countries.”

The signing of the document by the Russia president shows the positive results of negotiations, the possibility of constructing a naval base in the region, over the years with African countries along the Red Sea and in the Indian Ocean.

During a visit by then-President of Sudan Omar al-Bashir to Moscow in November 2017, agreements were reached on Russia’s assistance in modernizing the Sudanese armed forces. Khartoum also said at the time it was interested in discussing the issue of using Red Sea bases with Moscow.

On the Red Sea and the Gulf of Aden, Russia had a naval base in Somalia during the Soviet days. Currently, Djibouti hosts Chinese and American naval bases. China’s military base in Djibouti was set up to support five mission areas.

India is another Asian nation that has increased its naval presence in Africa. In order to protect its commercial sea-lanes from piracy, it has established a network of military facilities across the Indian Ocean. 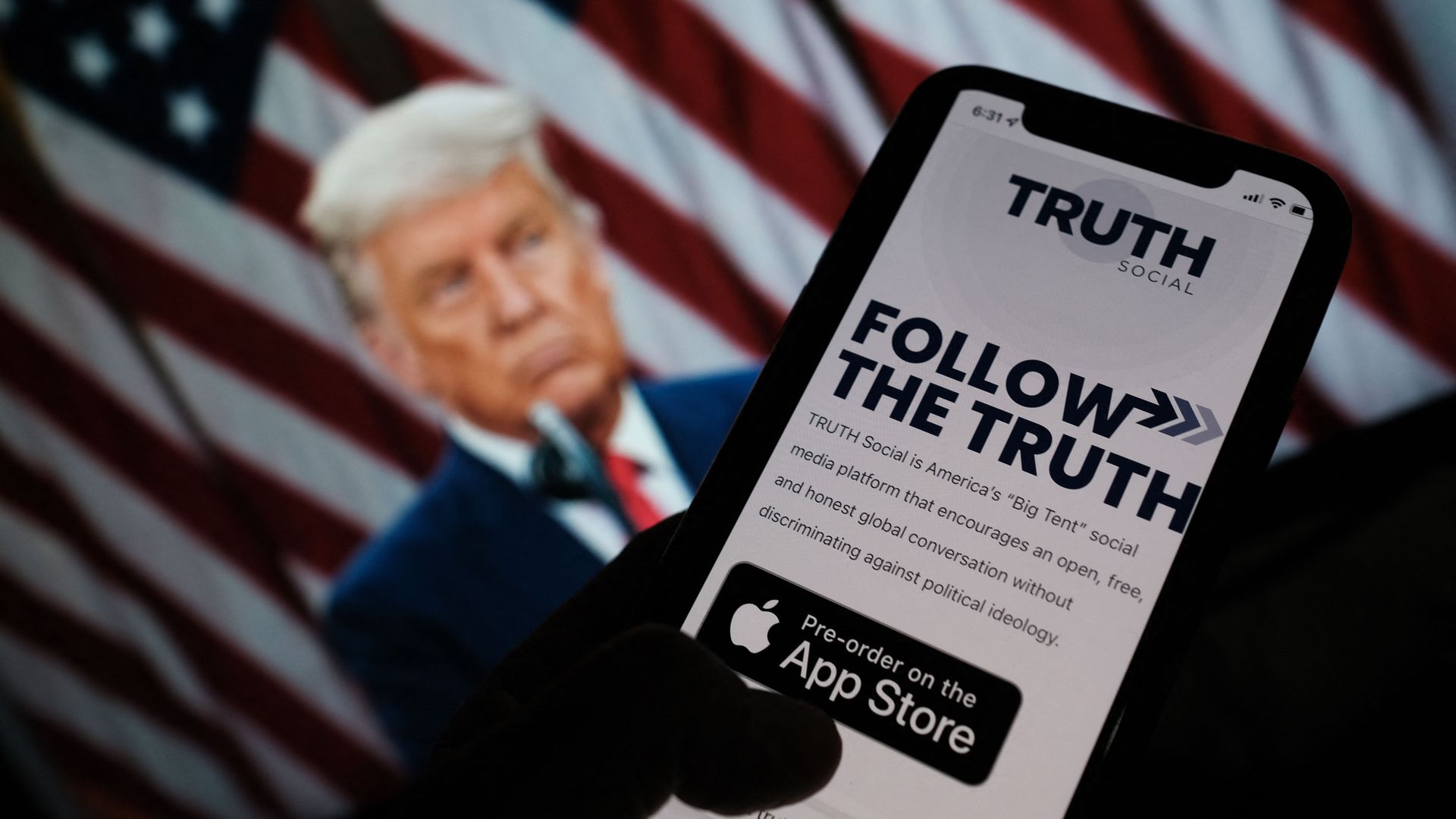 This was disclosed in a press release on Wednesday, which stressed that the app, to be available for pre-order on Apple’s App Store, will open to invitees in November and to the public in the first quarter of 2022.

Speaking in the statement, Mr Trump said, “I created TRUTH Social and TMTG to stand up to the tyranny of Big Tech.”

Mr Trump’s announcement comes after months of speculation about his plans to create his own media operation following his controversial opinions that have drawn anger from different quarters.

The former US President has come under scrutiny after every major social media platform – including Facebook, Twitter, and YouTube – banned or suspended him for violating their policies.

In July, Trump sued Facebook, Twitter and Google, along with their chief executives, seeking the restoration of his accounts and punitive damages.

“We live in a world where the Taliban has a huge presence on Twitter, yet your favourite American President has been silenced,” Mr Trump said.

The social media platform is the first of the three stages in the company’s plans, followed by a subscription video-on-demand service called TMTG+ that will feature entertainment, news and podcasts, and an entry to the cloud-computing space, according to the release.

Mr Trump, who was impeached by the US House of Representatives for his role in egging on rioters on January 6, but later acquitted of the charges in the then Republican-controlled US Senate, has been vocal about his desire to launch his own media platform following his presidency. 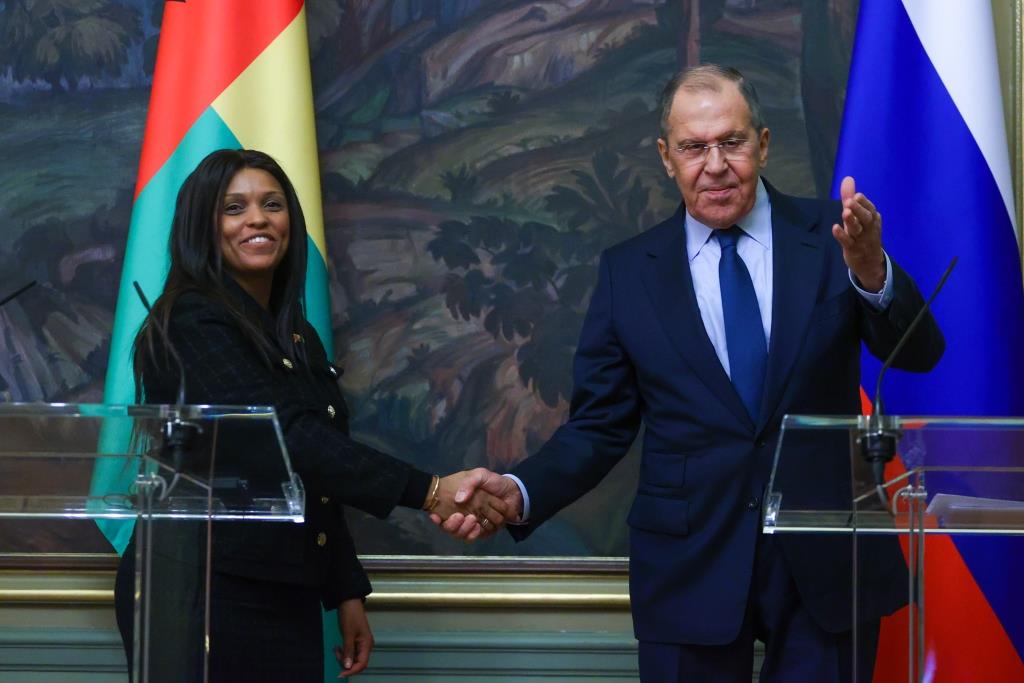 Russian Foreign Minister Sergey Lavrov and Guinea-Bissau Suzi Carla Barbosa have signed a memorandum on political consultations. This aims at strengthening political dialogue and promoting consistency in good cooperation at the international arena.

Russia expects trade and economic ties with Guinea-Bissau will continue developing; they must correspond to the high level of the political dialogue between the countries, Minister Lavrov said in his opening remarks with his counterpart from Guinea-Bissau Suzi Carla Barbosa.

“Probably, the next natural step will be to build up our trade-economic, investment cooperation in order to bring it to the level of our sound, confident political dialogue,” the Russian Minister added.

Speculation aside, the face-to-face diplomatic talks focus on effective ways for developing tangible cooperation in the most diverse areas in Guinea-Bissau. The meeting agreed to take a number of practical steps, including reciprocal visits by entrepreneurs both ways.

“We talked about more efficient ways of developing our trade and economic cooperation. We agreed to undertake a range of specific steps, including the trips of businessmen from Guinea-Bissau to Russia and then from Russia to Guinea-Bissau,” Lavrov said.

Last year, Prime Minister of Guinea-Bissau Nuno Gomes Nabiam met with representatives of the Russian business community. The areas of interest mentioned in this respect included exploration of natural resources, construction of infrastructure facilities, as well as the development of agriculture and fisheries.

Guineans are keen on deepening bilateral cooperation in fishing. The five Russian fishing trawlers have recently resumed their operations in the exclusive economic zone of Guinea-Bissau.

As explained at the media conference, the topics discussed for cooperation included such spheres as natural resources tapping, infrastructure development, agriculture and fisheries

In terms of education, over 5,000 people have already entered civilian professions, and more than 3,000 people have acquired military specialities, which is important for Guinea-Bissau. In addition, a military and technical intergovernmental cooperation agreement is about to enter in force. According to reports, Russia would continue to pursue military cooperation with the country.

Both ministers reviewed the situation in Mali, the Republic of Guinea and some other African areas, with an emphasis on West Africa and the Sahara-Sahel region.

Lavrov and Carla Barbosa discussed preparations for the second Russia-Africa summit planned for 2022. With high hopes that the collective attendance will include President of Guinea-Bissau Umaro Sissoco Embalo.

Guinea-Bissau, like many African states, has had political problems. In April 2020, the regional group of fifteen West African countries often referred to as ECOWAS, after months of election dispute finally recognized the victory of Umaro Sissoco Embaló of Guinea-Bissau.

Perspectives for future development are immense in the country. The marine resources and other water bodies are an integral part of the livelihood. Steps to increase agricultural production are necessary. The economy largely depends on agriculture: fish, cashew nuts and peanuts are its major exports. Its population is estimated at 1.9 million, and more than two-thirds live below the poverty line.

Sharing borders with Guinea (to the southeast), Gambia and Senegal (to the north), Guinea-Bissau attained its independence in September 1973. Guinea-Bissau follows a nonaligned foreign policy and seeks friendly and cooperative relations with a wide variety of states and organizations. Besides, Eсonomic Community of West African States (ECOWAS), Guinea-Bissau is a member of the African Union (AU) and the United Nations.

Empowering Women in the Changing World 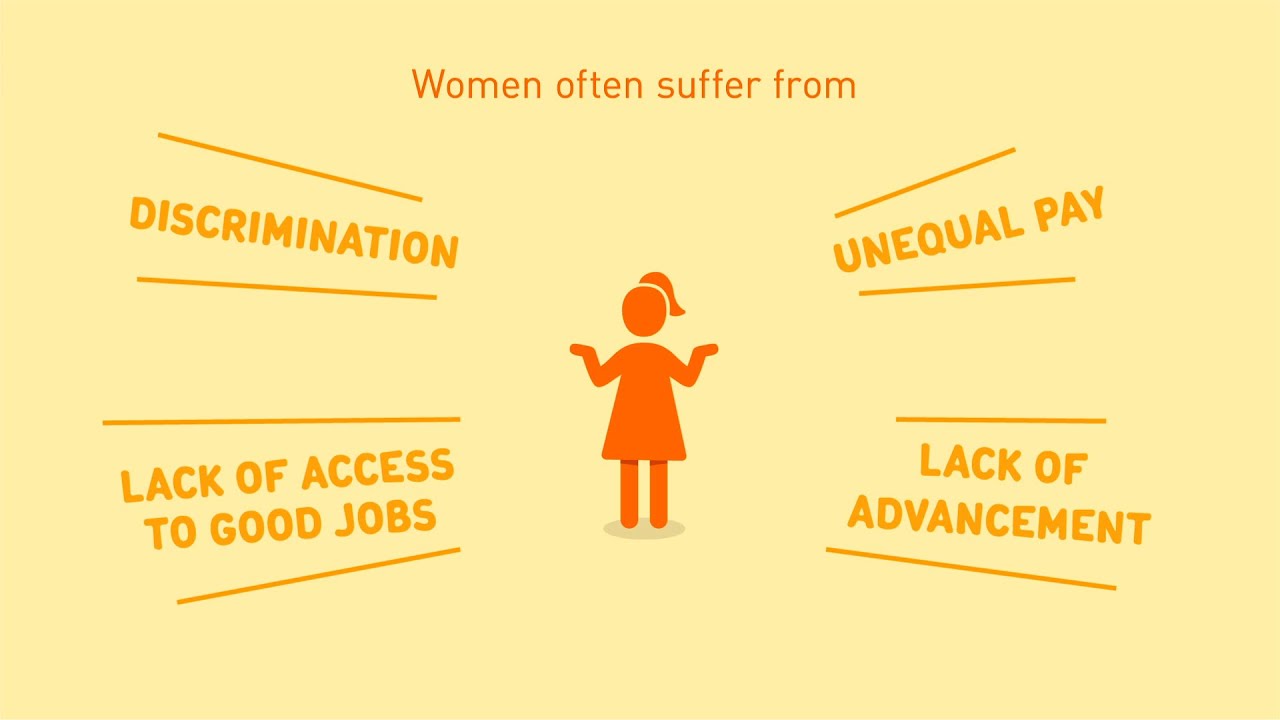 Women play an increasingly important role in resolving issues that society and the state encounter and in the modern world, they should not face the choice between family and self-fulfilment, Russian President Vladimir Putin said at the third Eurasian Women’s Forum held in St. Petersburg on October 13-15.

“It is completely obvious that in modern conditions a woman should not face the choice between children and family or professional fulfilment. That is why in Russia the conditions are consistently created for a woman after childbirth to begin or resume her professional career at any moment, to become accomplished, to achieve growth in what she enjoys,” Mr Putin stressed.

The Eurasian Women’s Forum, held since 2015, is one of the largest international platforms uniting female leaders from all continents to examine and discuss the role of women in the modern world and work out new approaches to solving global problems.

Speaker of the Federation Council, Valentina Matviyenko, gave the opening speech at the plenary session. She stressed that the main goal of the global women’s community is to improve people’s quality of life as well as build mutual understanding and trust between countries and peoples in the name of peace and sustainable development.

Russian Deputy Prime Minister, Viktoria Abramchenko, noted in her speech that women are directly involved in implementing these tasks in Russia and on international platforms.

Vietnamese Vice President, Vo Thi Anh Xuan, made a video conference presentation. She said that the Forum is bringing together the majority of women around the world. “The role of women today is extremely important. We can make the world more just and help fight global challenges,” she said.

Chairwoman of the National Assembly of Azerbaijan Sahiba Ali gizi Gafarova believes that the topics discussed at the Eurasian Women’s Forum provide an opportunity to consider the most pressing issues of modern life and enhance women’s status around the world. Gafarova stated that fully unleashing women’s potential would be the foundation for building a healthy society.

Chairwoman of the Senate of Uzbekistan Tanzila Narbaeva noted that the forum once again demonstrated women’s growing role in resolving the socioeconomic issues facing their countries. The Forum demonstrates new approaches to the women’s agenda, she said.

Narbaeva stressed that Uzbekistan is ready to share its experience in various areas and is open to cooperation. She invited the participants to take part in the women’s forum during the Shanghai Cooperation Organization summit in 2022, planned in Samarkand.

Chairwoman of the Lower Chamber of Parliament of Turkmenistan, Gulshat Mammedova, said the forum is an important platform for interaction between women and helps to harmonize efforts in addressing various issues of the changing world as well as exchange views and experience in promoting women’s rights.

Participation of African women was modest, that included for example President of the Senate of Gabon Lucie Milebou Aubusson, Liberian Dr Jewel Howard-Taylor and Zimbabwean First Lady Auxillia Mnangagwa among a few others. President of the Assembly of Mozambique, Esperança Laurinda Francisco Nhiuane Bias, delivered a speech at the forum.

Zimbabwean First Lady, Auxillia Mnangagwa, on the sidelines held a special working discussion with the Speaker of the Federation Council of the Federal Assembly of the Russian Federation, Valentina Matviyenko, focusing on developing inter-parliamentary relations, women in sustainable development, education and charity.

The First Lady and the Speaker snapshotted the possibility of greater participation of Russian economic operators in the development process in the southern African region. Both women have expressed an appreciation for cooperating on common questions on international platforms. Diplomatic relations between the two marked their 40th year.

On October 15, African women took part in an exclusive discussion solely on “the Role of Women in the Integrated Development of the African Continent” at the Tauride Palace. It was attended by women from international organizations, business circles, the scientific community and non-governmental organizations.

The entire third forum was held offline using modern formats such as video conferencing and online broadcast, intended to ensure extended outreach and provide audience engagement. The physical presence was organized in strict accordance with safety measures aimed at preventing the spread of COVID-19.