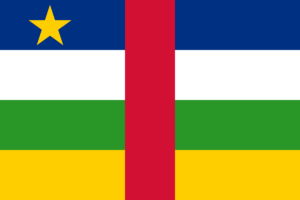 The United States Department of the Treasury’s Office of Foreign Assets Control (OFAC) has designated Abdoulaye Hissene (Hissene) and Maxime Mokom (Mokom) pursuant to Executive Order (E.O.) 13667 for engaging in actions that threaten the peace, security, or stability of the Central African Republic (CAR).

As a result of the action, all property and interests in property of these individuals within US jurisdiction are blocked, and U.S. persons are generally prohibited from engaging in transactions with them.

“Today’s action underscores our ongoing efforts to target those responsible for fuelling violence and human rights abuses in the Central African Republic,” he said further.

In September 2015, Hissene and Mokom collaborated as part of a larger alliance between ex-Séléka members and anti-Balaka allies of former CAR President Francois Bozize, who was sanctioned in May of 2014, to encourage violence in Bangui. Their collaboration was part of a failed coup attempt designed to overthrow the CAR Government while then-Transitional President Catherine Samba-Panza was attending the 2015 UN General Assembly. Hissene and Mokom were specifically identified as suspects in the failed coup by the CAR Public Prosecutor’s office.

In addition, Hissene conspired with Mokom to disrupt a constitutional referendum held in December 2015. Mokom’s anti-Balaka forces worked with elements of Hissene’s Popular Front for the Rebirth of the CAR (FPRC) ex-Séléka group to intimidate voters and disrupt polling in the town of Kaga Bandoro during the December 13 vote. Hissene also encouraged retaliatory attacks between different groups. Hissene is specifically accused of orchestrating violence in Bangui’s KM5 district that killed five, wounded 20, and prevented residents from voting in the referendum.

In June 2016, Hissene’s KM5 fighters and Mokom’s anti-Balaka supporters may have planned to disrupt the arrival of CAR President Faustin-Archange Touadéra’s flight to Bangui airport, leading the CAR Government to warn publicly of a possible coup attempt.

On August 12, 2016, Hissene and a group of armed men traveling north from Bangui engaged CAR security forces in multiple gunfights. The UN’s peacekeeping mission in the CAR, the UN’s Multidimensional Integrated Stabilization Mission in the Central African Republic (MINUSCA), eventually captured some of the men, but Hissene and several others escaped.