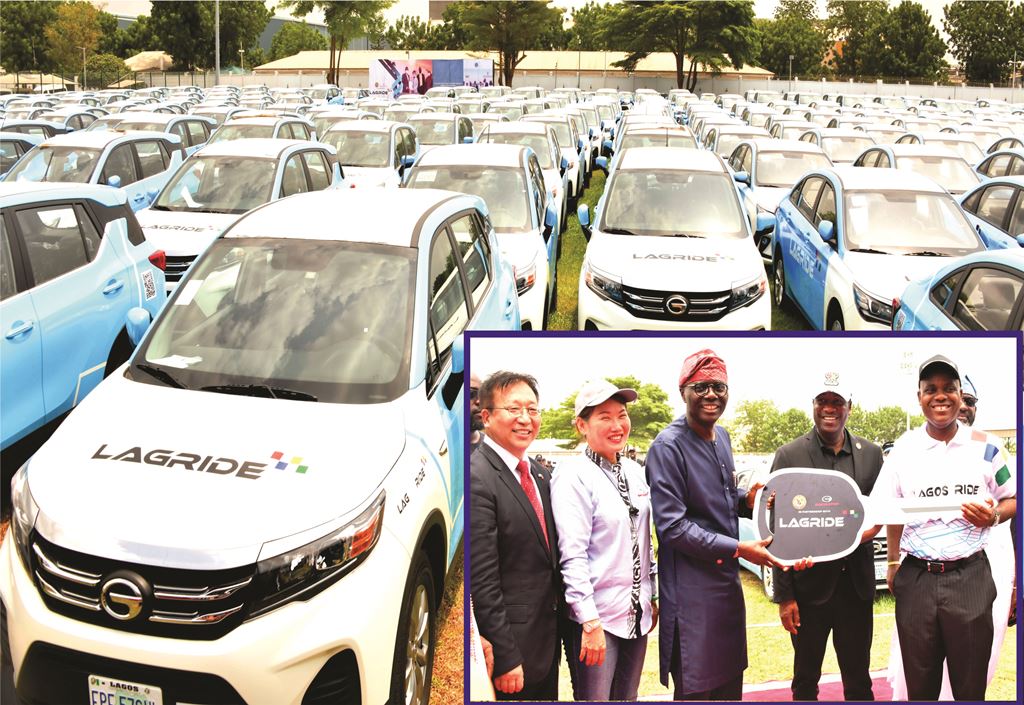 The Governor of Lagos, Mr Babajide Sanwo-Olu, unveiled the first batch of 1,000 brand-new GAC-branded automobiles, otherwise known as Lag Ride, for a safe, comfortable and modernised taxi scheme in the state to rival operations of Uber, Bolt and others.

Launched at the State House in Alausa on Wednesday, the ride-hailing taxi initiative, which is being operated on a lease-to-own basis, is a component of the state government’s multimodal transportation blueprint being executed under the Traffic Management and Transportation pillar of the THEMES agenda of the Sanwo-Olu administration.

The initiative is a partnership between Lagos State-owned Ibile Holding Limited and CIG Motors Company Limited, with the objective to provide clean and reliable means of taxis movement across the metropolis at affordable cost, using brand-new vehicles.

Operators are required to pay about N1.9 million down payment, of which the sum covers the 20 per cent equity of cost of vehicle, registration and insurance.

Each car being used in the scheme comes with technology-enabled security features that monitor every journey undertaken.

The Lagos governor said the state had moved another step forward in its drive to develop an efficient transportation model in tune with modernity and comfort.

He explained that the aim was not to run existing hailing ride operators out of the business but to offer safer alternatives and clear the roads of rickety cars being used for taxi business.

The scheme, he said, would provide opportunities to the operators to become owners of the vehicles within a three to four-year period.

“The need to provide better, dignifying and more rewarding means of transportation and livelihood for unemployed and underemployed population gave birth to the new ‘Lagos State Taxi Scheme’, which will be operated on a lease-to-own basis.

“Under this arrangement, a beneficiary will be provided with a brand-new car which will become the driver’s property after completion of the payment of the vehicle’s subsidised cost.

“This taxi scheme will complement the various bus services which are making a significant impact in the lives of our people; the water transport service, which is recording unprecedented patronage, as well as the Blue and Red Line Rail services which are on course to commence commercial operations between the last quarter of this year and the first quarter of 2023.”

To improve riders’ and passengers’ security, Mr Sanwo-Olu said a full security gadget, including a 360 dashboard camera that will give 24-hour audio-visual feeds to the control centre, had been pre-installed on each car deployed for the scheme.

He added that each car came with a physical panic button that could be used by anyone on board in case of assault or emergency. The panic button, the governor said, was also on the mobile application and is connected to the Control and Command Centre.

Mr Sanwo-Olu disclosed that the automobile assembly plant being set up in Lagos – another component of the partnership between CIG Motors’ and the State Government – stood at 60 per cent completion, with anticipated launch and start of operations expected in September.

“What we are witnessing today is that Lagos is moving away from the era of rickety kabu kabu to a brand-new, comfortable and safe transport system. The multiplier effect of this singular initiative on job creation, youth employment and economic growth and development in the State cannot be overstated,” he said. 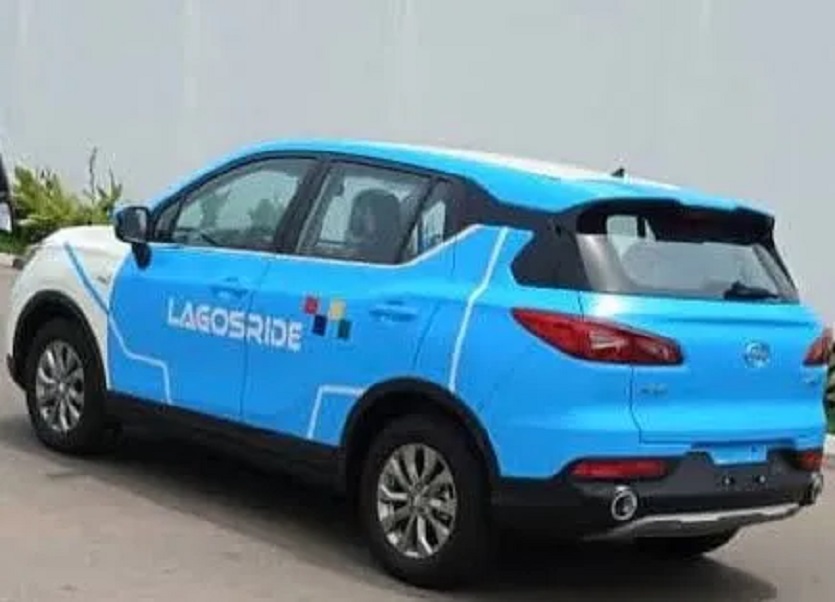 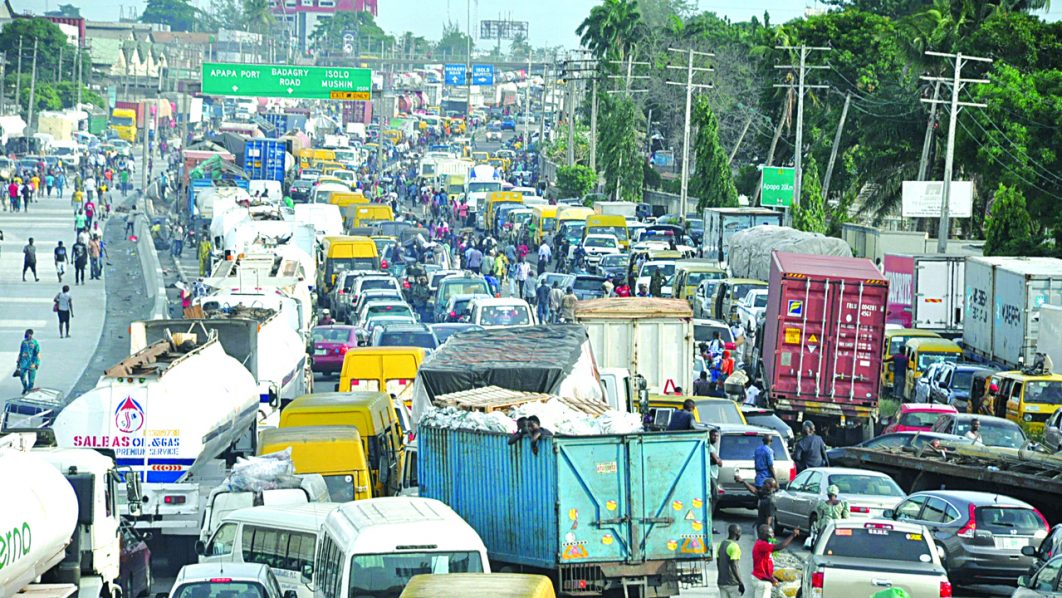 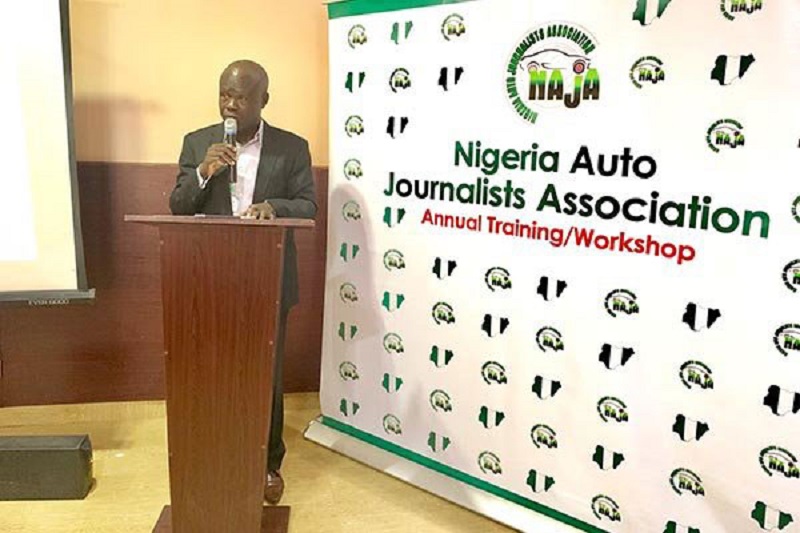 There seems to be trouble within the ranks of the Nigeria Auto Journalists Association (NAJA) as the chairman of the group, Mr Mike Ochonma, and his vice, Mr Tajudeen Adebanjo, are at loggerheads.

According to information gathered by Business Post, the two exchanged hot words a few days ago during one of their meetings in Lagos and efforts made to calm the situation were futile.

It was alleged that Mr Adebanjo wants to cause division within the association and has written letters to stakeholders in the industry in a bid to incriminate his boss.

The situation has forced the chairman of NAJA to move for the suspension of the vice chairman on the ground of gross misconduct.

It was learned that at an extraordinary meeting of the group at the National Stadium, Lagos last Friday, the umbrella body of journalists covering the motoring and auto industry passed a resolution to suspend Mr Adebanjo and then referred him to a disciplinary committee for further disciplinary action which could see him formally removed from office.

Meanwhile, Mr Ochonma has urged the auto stakeholders to remain steadfast with the association, reiterating the fact that it remains unified and would continue to work together as critical partners to the progress of the auto industry.

“As we have been doing over the years, be rest assured that as critical stakeholders of the industry, we would continue to be objective in our reportage as our different accurate and critical analyses of the auto industry’s activities will continue to help the industry to grow,” he said.