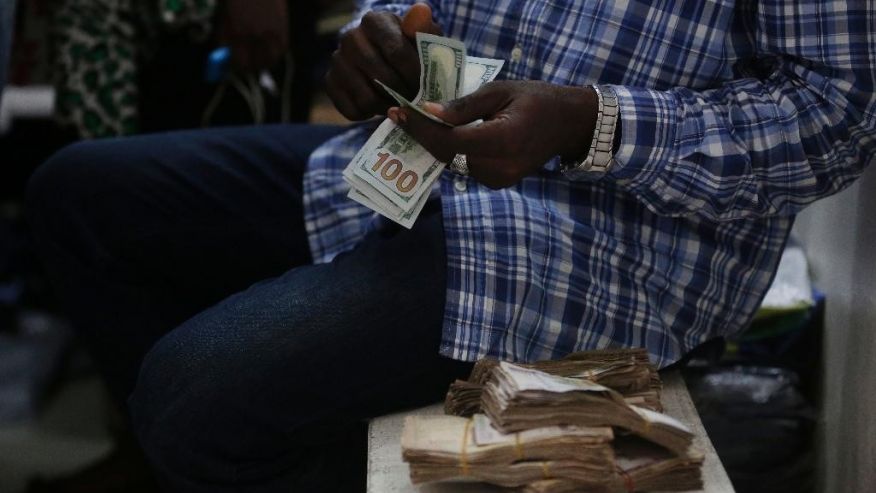 The amount of cash that can be deposited into domiciliary accounts of customers in Nigeria has been reduced by banks, Business Post has learned.

This new development is coming after the Central Bank of Nigeria (CBN) indefinitely extended a scheme that allows beneficiaries of diaspora remittances to get an extra N5 for every $1 received.

The Naira 4 Dollar promo was introduced by the apex bank and became effective from Monday, March 8, 2021, and was to initially last for only two months.

However, last week, the banking industry watchdog issued a circular to announce that the initiative is to now run till further notice.

“Further to the CBN circular referenced TED/FEM/PUB/FPC/01/003 dated March 5, 2021, on the above subject matter, we hereby announce the continuation of the scheme until further notice.

“All aspects of the operationalization of the programme remain the same.

The Naira 4 Dollar policy was introduced to boost FX liquidity as the country was experiencing a shortage in supply as a result of a decline in revenue from crude oil sales.

An earlier notice from the central bank had explained the promo would help Nigeria “to make the process of sending remittance through formal bank channels cheaper and more convenient for Nigerians in the diaspora.”

It had also said the scheme would “ensure that remittance flows and diaspora investments become a significant source of external financing” for the nation.

Over the weekend, this newspaper sighted an e-mail from one of the commercial banks, saying customers are no longer allowed to make a deposit of more than $5,000 in a month into a domiciliary account.

However, there is no limit set for electronic transfer into such accounts.

“Cash funded transfers to beneficiaries with accounts in other banks in Nigeria are no longer allowed,” the notice also stated, encouraging customers “to make more deposits via electronic transfers.”

A banker with one of the tier-one banks in Nigeria, who asked not to be named informed Business Post that the cash deposit limit was put in place to prevent customers from exploiting the CBN promo as once feared by a renowned economist, Mr Bismarck Rewane.

Mr Rewane had said two months ago that some Nigerians could send FX to their loved ones at home, withdraw it for the N5 cash bonus and then transfer the funds back abroad to be re-transferred back into the country.

“In any case, you collect cash, and you take it to the parallel market or autonomous sources to sell the Naira, and then come back and you get the N5. What could happen is that you could turn $1,000 back again to your brother, who will bring it back.

“So, what could happen is that there could be what I call playing with neurons, the same money turning around the velocity of separation increasing, whilst the quantity supplied into the market will not increase,” he had told Channels TV after the CBN announced the policy.

Nigerians Vote V Bank as Banking App of the Year