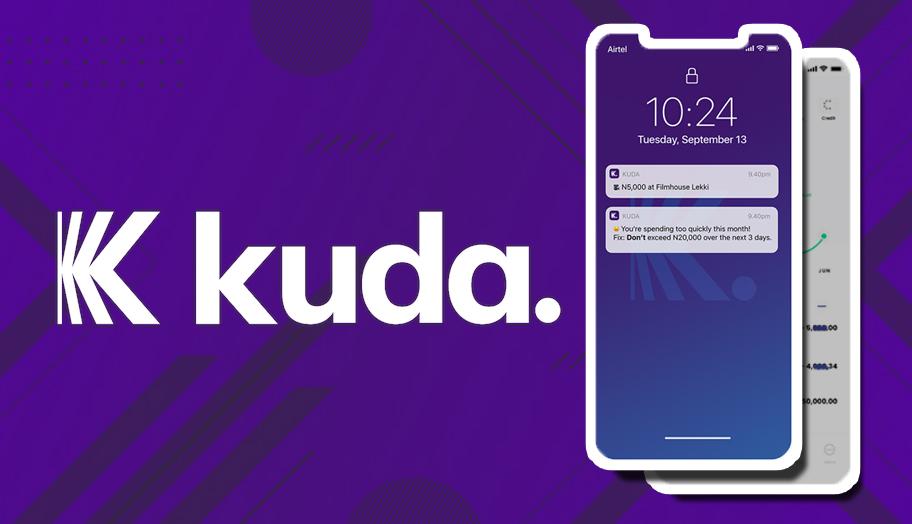 Nigerian financial technology startup, Kuda Bank, has raised a Series B of $55 million at a valuation of $500 million to expand its new services for Nigeria and prepare its launch into more countries on the African continent.

The new round was co-led by existing investors, Target Global and Valar Ventures, the firm co-founded and backed by PayPal co-founder, Mr Peter Thiel, while SBI Investment and other previous angels also participated.

With the latest round of financing, co-founder and Chief Executive Officer of Kuda, Mr Babs Ogundeyi, said the company aims to build a new take on banking services for “every African on the planet.”

“We’ve been doing a lot of resource deployment in our operational entity, in Nigeria. But now, we are doubling down on the expansion and the idea is to build a strong team for the expansion plans for Kuda.

“It’s one that we feel we need to have a stronghold on. So, this funding is to invest in expansion and have more experience in the company with relation to expansion,” Mr Ogundeyi said, as per TechCrunch.

Mr Ogundeyi, however, did not say which countries would be Kuda’s next targets but said that its most recently launched product was Kuda’s first move into credit.

The company’s new offering allows credit by way of an overdraft allowance, to this he says, “It’s a unique product, an overdraft that we pre-qualify the most active users for.”

In the second quarter of the year, it qualified over 200,000 users and pushed out $20 million worth of credit. With a 30-day repayment, he said that default has been “minimal” because of the company’s approach.

“We use all the data we have for a customer and allocate the overdraft proportion based on the customer’s activities, aiming for it not to be a burden to repay,” he added.

Andrew McCormack, a general partner at Valar Ventures who co-founded the firm with Peter Thiel and James Fitzgerald, said that the still-nascent potential of the market, and how Kuda is approaching that, were behind its decision to invest in the startup another time.

“Kuda is our first investment in Africa and our initial confidence in the team has been upheld by its rapid growth in the past four months,” he said. “With a youthful population eager to adopt digital financial services in the region, we believe that Kuda’s transformative effect on banking will scale across Africa and we’re proud to continue supporting them.”

This comes after they invested in the recent Series A of $25 million in March.

It was also revealed that Kuda was not proactively raising money at the time Series B was initiated and closed.

According to another one of the participants, Mr Ricardo Schäfer, the partner at Target who led the round for the firm said, “We felt that Babs and Musty” — Musty Mustapha, the co-founder and CTO — “are ambitious on another level. For them, it was always about building a Pan-African bank, not just a Nigerian leader.

“The prospect of banking over 1 billion people from day one really stood out for me at the beginning.”

In December 2020, Kuda, which has its headquarters in Lagos and London, raised $10 million in a seed round, the largest-ever seed round raised by a startup out of Africa. 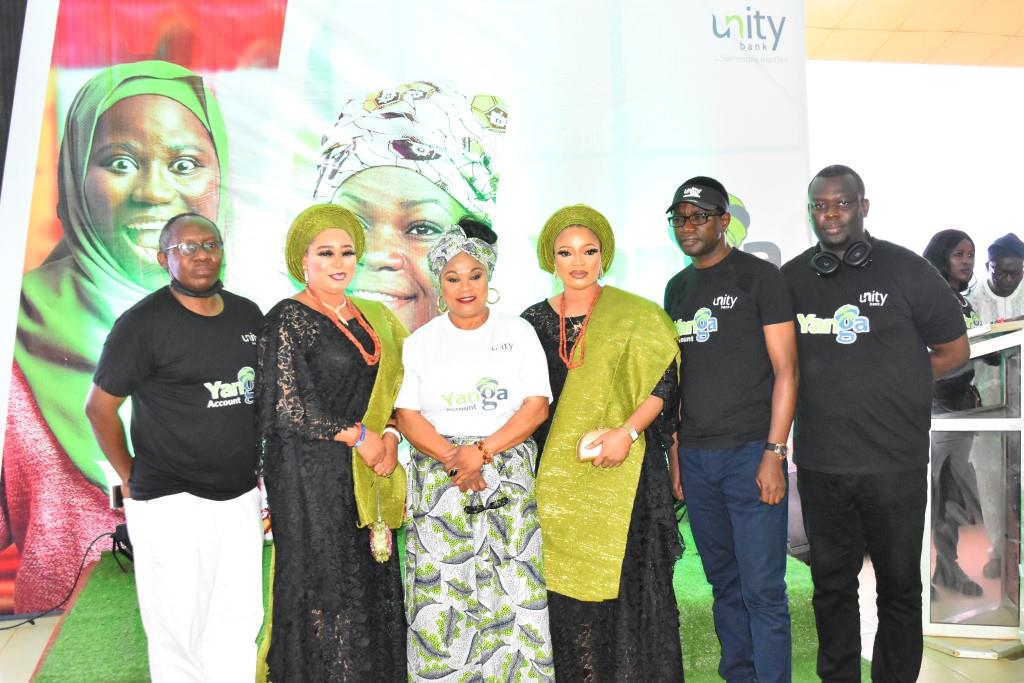 No fewer than 5 million Micro, Small and Medium Enterprises (MSMEs) being operated by women in the South West region of Nigeria would be engaged by Unity Bank Plc.

The Nigerian retail lender disclosed this at the launch of the Yanga Account in Ibadan, Oyo State.

The account package was specifically designed by the financial institution to promote women MSMEs and create a unique proposition.

At the official launch of the Yanga Account recently in Abuja, a movie star in Nigeria, Sola Sobowale, was unveiled as the brand ambassador.

Yanga Account is a complete suite of services designed to promote financial inclusion among women through stress-free savings and investment, access to the services of dedicated sales agents, agency banking services close to the location of their businesses, special business seminar and training on how to grow business, access to microloans, customized debit cards and other bundled e-banking products.

At the official unveiling of the Yanga Account for the South West region held in Ibadan on Tuesday, the bank pledged its unwavering commitment to empowering women in order to enable them to overcome every obstacle of accessing quality Banking services needed to assist the growth of their businesses.

As part of the efforts to connect directly with the target market, the star actress who is now known as ‘Mama Yanga’ undertook a market tour to interact with the women and gain first-hand knowledge of how the product is being received in the market.

She noted that “the Yanga account is open to all market women in farming, fashion design, tailoring, frozen food, pastry and baking, cosmetics, jewellery designs and making, skincare, eateries and restaurants, etc. whether living in the communities or cities.”

She reiterated that “the Yanga Account is conceived and designed for the financial literacy and empowerment of Nigerian women. It is about making sure that our women who make up 55 per cent of the financially excluded Nigerians have access to basic and life-changing financial services.”

Also speaking, Sola Sobowale invited all Nigerian women who operate businesses in the South West to embrace the incredible opportunities offered by the Yanga account to grow their businesses.

She said: “This is the first time that a bank will specifically design a product to cater to women and I am excited about the inherent benefits of this account and the endless possibilities that it brings to my fellow women. I invite all my fellow women in South-West Nigeria to sign up for the Yanga Account and watch their levels change.”

On his part, Group Head, Retail, SME Banking and E-Business, Unity Bank Plc, Mr Funwa Akinmade said: “Female-led MSMEs in South West Nigeria continue to play pivotal roles in the contribution of the MSMEs to the economy of Nigeria and that has informed this special activation of Yanga account in Ibadan today.

“The Yanga account is a well-packaged banking product that combines several services that most small businesses owned by women will need to become profitable. We are optimistic that Ibadan women and all others across South West Nigeria will embrace the Yanga Account and leverage its full benefits to grow their businesses.”

With the launch of the Yanga account, Unity Bank said it underscores its retail strategy which continually aligns with the vision of the Central Bank of Nigerian and the financial services ecosystem to provide needed support for Nigerian women by enhancing access to wealth-creating opportunities in the financial services sector.

Some key industry experts in banking, international trade and finance and business ethics will gather on Thursday, December 2, 2021, will educate Nigerian Small and Medium Enterprises (SMEs) on the rudiments of export business.

Wema Bank Plc is providing the platform for this discussion and it is part of its determination to show SMEs the rich potentials in the export business and how they can tap into the goldmine for growth and profit.

The event, which kicks off by 11 am, is themed Leveraging Exports for Business Growth: Strategy and Resources for Small Businesses and will require registration ahead of the day via https://bit.ly/SMEWebinar4.

Expected at the webinar are the Head of Central Operations and Trade Services at Wema Bank, Mercy Olagundoye; the MD/CEO, Starlink Global and Ideal Limited, Adeyemi Adeniji; the Lead Consultant, 3T Impex Trade Academy, Dr Bamidele Ayemibo, with the Editor of BusinessDay Weekender of Lehle Balde moderating the session.

Speaking on the importance of the webinar, Head, Small and Medium Enterprises (SMEs), Wema Bank, Mr Arthur Nkemeh, reiterated the bank’s belief in the empowerment and growth of SMEs because of their importance in the economy.

He described the SME sector as the backbone of major developed economies, and important contributors to employment and economic growth as critical contributors to the national Gross Domestic Product (GDP).

He added that players in the sector need all the support and upskilling they can get to become more profitable and grow their businesses.

“The webinar is a continuation of our efforts to equip SMEs with the basic management knowledge required to grow their businesses and tap into the huge goldmine in the export sector, particularly agriculture.

“Nigeria is renowned as a leading oil exporter, but there are other agricultural commodities that our facilitators would focus on. They will tell participants about all the required documentation they will need to become dominant players in the export sector and how to comport themselves ethically,” he added.

The webinar is another of the many efforts of Wema Bank to equip SMEs with the essential management knowledge required to run their businesses and respond to challenges in a demanding business environment.

The bank organised an SME Business School in June and October this year, aimed at equipping SMEs with the basic management knowledge required to scale their businesses and respond to challenges in a demanding business environment. 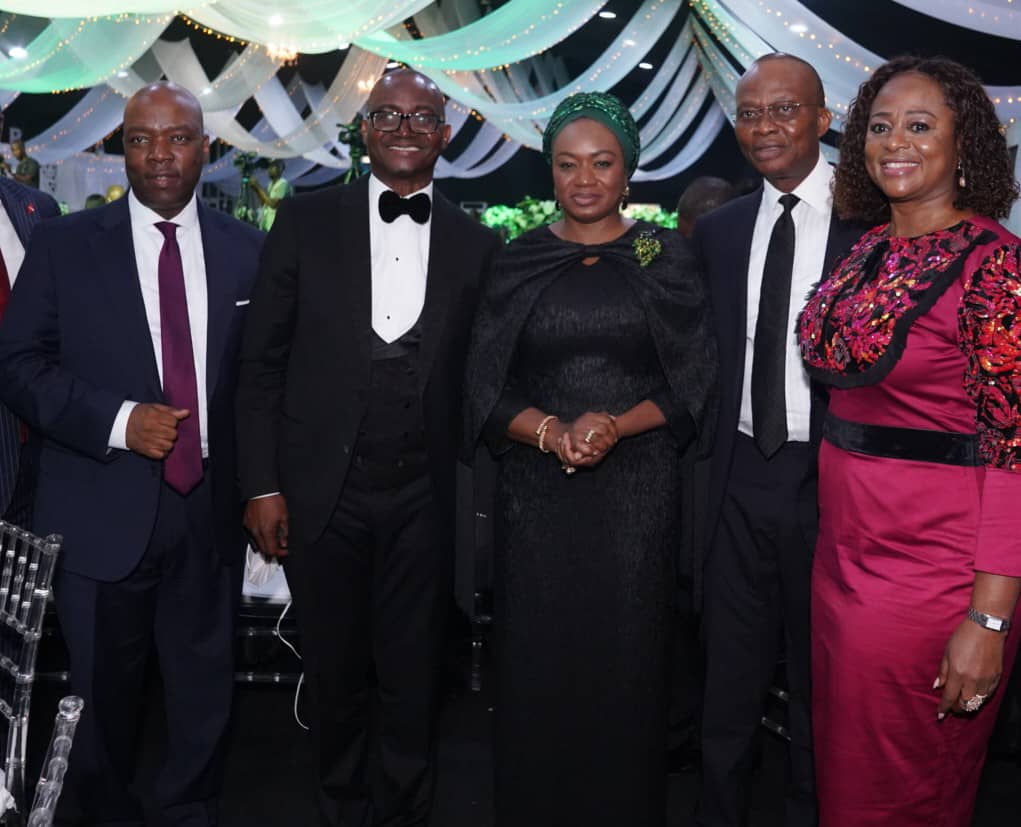