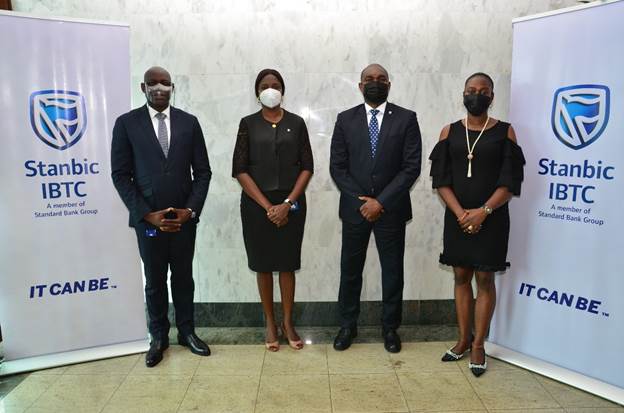 For the September draws, which took place at the Stanbic IBTC headquarters on Walter Carrington Crescent, Victoria Island, Lagos, 60 new and existing customers of the lender were rewarded with the sum of N6 million, with each going home with N100,000.

Apart from the cash prizes, over 2,000 customers who opened accounts and funded them with a minimum of N5,000 have been rewarded with N500 free airtime.

In addition, a total of 20,000 customers who open a new Stanbic IBTC savings account or @ease wallet and deposit a minimum of N5,000 will be rewarded with N500 free airtime throughout the period of the Stanbic IBTC Reward4Saving promo.

Speaking at the draws, the Head of Established Markets, Stanbic IBTC Bank Plc, Ms Olufunke Isichei, stated that over 109,000 new and existing customers qualified for the promo for the month of September, noting that the 60 winners at the draws were selected from the six geo-political zones of the country with 10 winners coming from each zone.

Ms Isichei explained that a total of 180 winners are expected to win the sum of N18 million in the months of September, October and November, while 12 winners will win N1 million each at the grand finale in December to make up the N30 million that Stanbic IBTC Bank Plc will reward its customers within the period of the Reward4Saving Promo.

Speaking in the same vein, Mr Remy Osuagwu, Executive Director, Business and Commercial Clients pointed out that the Reward4Saving promo seeks to encourage customers to develop a savings culture.

On the rationale behind the campaign, Mr Osuagwu said, “We recognise that saving is an important aspect of an individual’s journey to financial freedom so this is an avenue to encourage our customers as well as reward them for their dedication towards building a savings culture. We will be rewarding more customers with cash prizes ranging from N100,000 to a whooping N1 million.”

Stanbic IBTC Bank Plc said it remains committed to its corporate purpose of serving its numerous customers and stakeholders by offering bespoke financial products and services while rewarding them for their loyalty over the years.