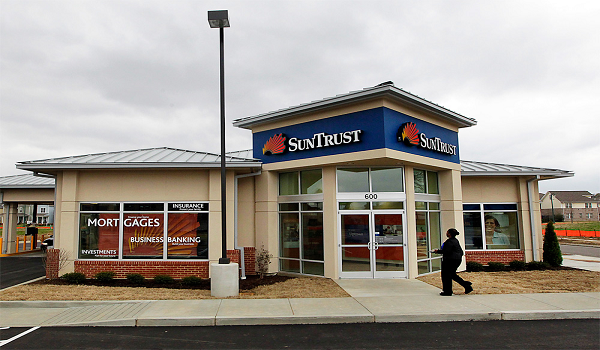 Despite the 2016 recession that led to severe macro economy challenges, the SunTrust Bank recorded growth in customer deposits through its broad range of unique financial services and products to individuals, small businesses, corporation and the government.

During the year, the company effectively managed its interest expenses that impacted positively on its Net Interest Income.

In the 2016 financial statements released by SunTrust Bank, its customers increased deposits by a whopping 432 percent, pushing the financial firm to declare an impressive pre-tax profit of N343 million, an increase of 160.3 percent over the N131.9 million reported in 2015.

This is a sign of absolute confidence in the management of the technology-driven new bank, which is showing the lead in the banking sector in Nigeria.

Following the above, return on equity (ROE) moved from 1.2 percent to 2 percent.

The bank focuses its lending activities to the SMEs, Retail Consumers, and Emerging Corporates. It also explores other specialized development finance activities, including the agricultural value chain.

It will be recalled that the bank’s Chief Executive, Mr Muhammed Jubrin, recently assured operators in the small and medium scale enterprises sector that his bank will focus on the small businesses by availing financing and thus ensuring that the sector plays its pivotal role in the economy.

“In line with our strategy, we are going to drive SMEs transactions certainly… and part of our strategy is retail banking, we want to create a retail bank of choice and certainly SMEs is the engine room for the growth of any economy and to provide financing services, to support the SMEs will be the only way, we can support the growth of the economy and particularly in line with the vision of the CBN and the current administration,” Mr Jubrin said.

On the focus and strategy of the bank, the CEO said, “Over 90 per cent of banking transaction are being transacted electronically worldwide.

“We are a financial technology bank that will bring banking to your home rather than make you come to us…We will be everywhere but we will be nowhere…we will have the minimum branches required to operate as a bank but we will drive financial services through technology,” he assured.

Commenting further on the operations of the bank, the CEO explained that, “We will offer telephone, mobile and Internet banking underpinned by the traditional banking ethics of probity and integrity.”

The bank’s competitive edge will be the strong reliance on technology and the bank will be encouraging customers to access its services from the comfort of their homes and offices and as such the bank will not be engaging in a proliferation of branches.

“Our services will be available to our customers 24 hours daily, seven days a week and from anywhere in the world where there is a good Internet service.

“Even our data centre is outsourced, this way we will not have the overbearing requirement to put on the generator at our locations,” he explained.

By adopting a branchless strategy, SunTrust will save the N100m-N120M required to build a modern branch and the about N2.5m it costs to run the generators at a typical bank branch.

Customers of SunTrust are encouraged to use any bank ATM because the bank will not be charging them the fee charged by other banks for using ATM machines belonging to other banks.

According to the CEO, “we will not be emphasising physical security as we are making serious investment in cyber security instead.”