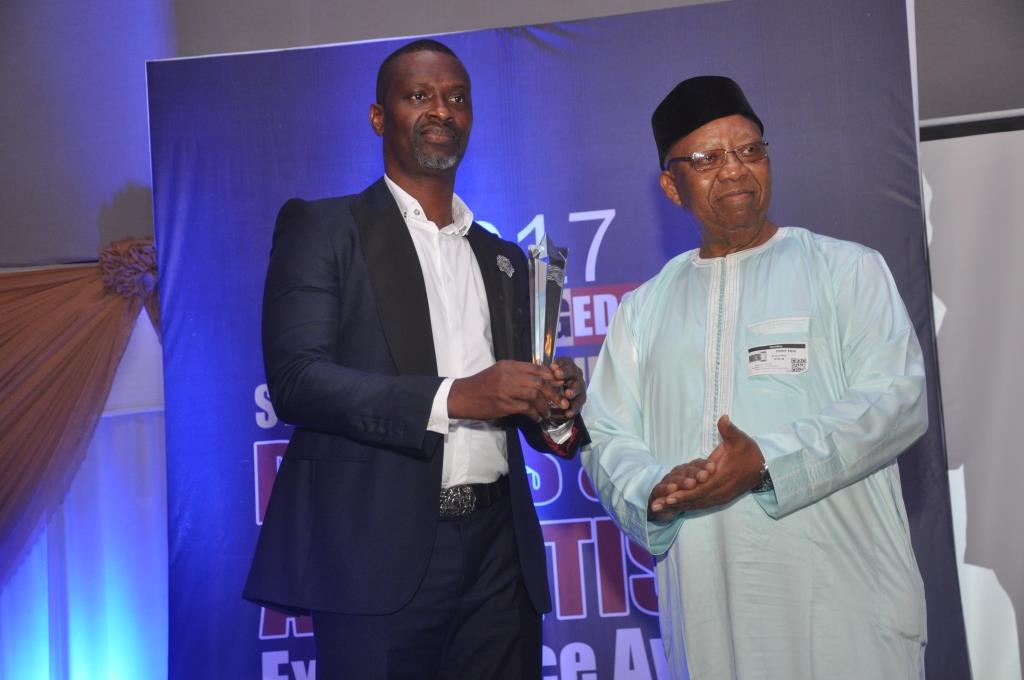 **Emerges PR Personality of the Decade

His overwhelming recognition was the highpoint of the 2017 Marketing Edge Awards, held last weekend in Lagos at the Federal Palace Hotel.

According to the organisers, the programme is aimed at recognising and rewarding excellence in Nigeria’s Public Relations, Advertising and Marketing Communications sectors.

Toks, as he is fondly called, has earned himself and his agency a reputation for creativity and daring spirit, some of the attributes that have seen his agency consult for top-notch brands and win awards for campaigns.

Toks’ active years in Public Relations and marketing entrepreneurship practice spans over two decades during which period he has introduced innovative style which has made him actively relevant in the industry.

He commended the award organisers and explained that the honour remained a confirmation of his team’s focus in running a perception management firm with a globally aligned structure that has enabled TPT International transformed into one of Africa’s most sought-after PR agencies.

“In today’s PR world, content is a major driver of perception which I and my team have used in firming our belief in innovation and professionalism in the practice. Our edge in the industry is our creative solution to clients’ briefs,” he said.

Toks was Secretary General of Public Relations Consultants Association of Nigeria (PRCAN) from 2005 to 2007, a period the association regained its voice as a professional body. 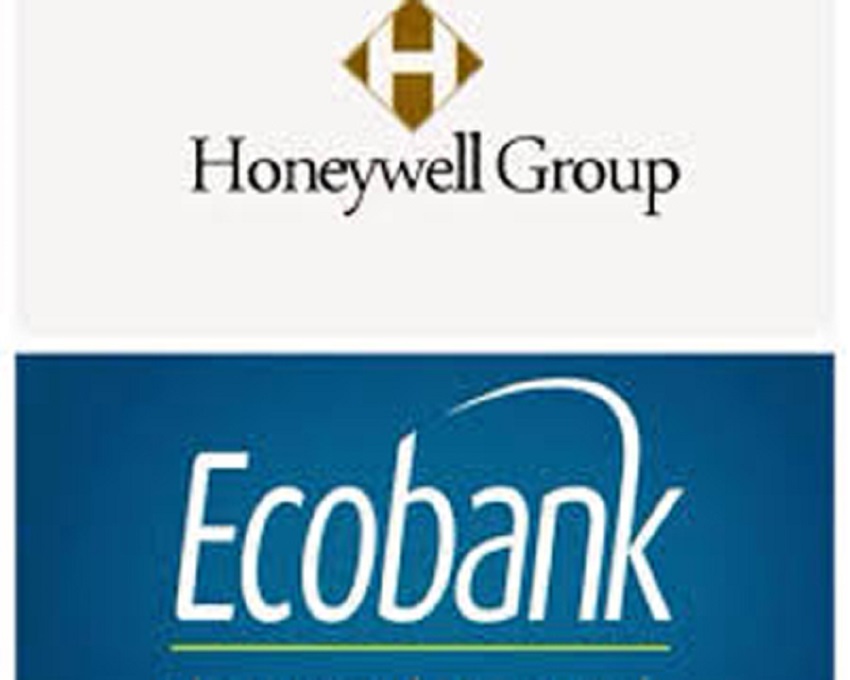 Ecobank scored a major victory at the Supreme Court on Friday as it won in a N5.5 billion debt dispute against Honeywell and its sister firms, Anchorage Leisures Ltd and Siloam Global Ltd.

The Supreme Court dismissed an appeal by Honeywell Flour Mills Limited challenging the judgement of the Court of Appeal in the debt dispute with Ecobank Nigeria Limited.

The five-member panel of the Supreme Court, led by Justice Tijjani Abubakar, delivered the judgement that Honeywell, Anchorage, and Siloam were indeed indebted to Ecobank.

In the lead judgement delivered by Justice Emmanuel Agim, the Supreme Court declared the verdict of the Court of Appeal, which said Honeywell and its sister companies are still indebted to Ecobank.

“I affirm the judgment of the Court of Appeal, setting aside the decision of the Federal High Court, granting the reliefs claimed for by the appellants (Honeywell).

“I hold that the appellants’ claim at the trial court fails, and it is hereby dismissed. “The appellants shall pay the cost of N1 million to the respondent (Ecobank),” Justice Agim said.

By the instant judgment of the apex court confirming the indebtedness of the named customers to the bank, the lender can now proceed to recover from the debtor customers the total outstanding debt of N5.5 billion, including all the accrued interest from 2015.

In the wake of the legal tussle, Mr Oba Otudeko, Honeywell Group chairman, had told a Court of Appeal that the sum was owed by individual companies. These companies include Anchorage Leisures Limited, Siloam Limited, and Honeywell Flour Mills Plc.

Mr Otudeko maintained that his companies had paid N3.5 billion as of December 12, 2013, as the full and final payment for the N5.5 billion debt as agreed by the parties at a July 22, 2013, meeting. With the latest Supreme Court judgement, the companies remain indebted to the bank.

On August 6, 2015, Honeywell and its sister firms, Anchorage Leisures Ltd and Siloam Global Ltd, sued Ecobank before the Federal High Court in Lagos over repayments of a N5.5 billion debt.

In the suit, the companies urged the Federal High Court in Lagos to declare that “having paid the sum of N3.5 billion in cumulative settlement of their total outstanding indebtedness” (of N5.5 billion) to Ecobank, “they owned no further debt obligation” to Ecobank “arising from their banker-customer relationships.”

As a result, they also asked the court to hold that Ecobank “was obligated to issue letters of discharge, release collaterals by which the prior indebtedness was secured.” In addition, Honeywell and its sister companies begged the court to compel Ecobank to “update” their status on the “Credit Risk Management System Portal of the Central Bank of Nigeria.”

But in its defence, Ecobank argued that an agreement was reached between it, Honeywell, Anchorage and Siloam on July 22, 2013, “for a definite settlement of N3.5 billion to be paid in terms of N500 million immediately and the balance of N3 billion before the exit of the CBN examiners from” Ecobank’s offices. Ecobank had contended that the repayment agreement period was for six months as it rejected Honeywell and its sister companies’ request to “pay the balance over a one-and-half-year period in three equal half-yearly instalments.”

The bank informed the court that the debt repayment agreement “lapsed in August 2013.” But in its judgement, the judge, Ayokunle Faji of the Federal High Court, upheld the arguments of the Honeywell Group and granted their prayers.

Dissatisfied with the verdict, Ecobank in 2015 approached the Court of Appeal. In its decision, the appellate court overturned the judgement of the Federal High Court, setting the stage for the Supreme Court’s appeal, which was resolved in favour of the bank. 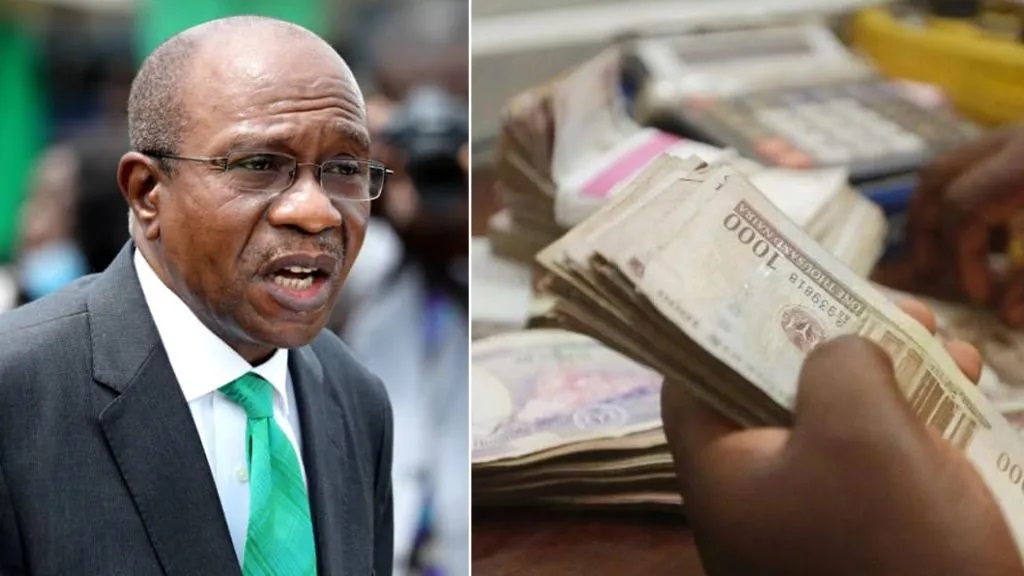 Some customers were left frustrated as a few of the commercial banks visited by Business Post on Monday morning to monitor the extension of the currency swap announced by the Governor of the Central Bank of Nigeria (CBN), Mr Godwin Emefiele, on Sunday, were unable to pay those who came for cash withdrawals.

Yesterday, after a visit to President Muhammadu Buhari in his hometown of Daura, Katsina State, Mr Emefiele said the deadline for the exchange of the old Naira notes for the new ones has been pushed forward from January 31 to February 10, 2023.

He explained that it was to allow Nigerians more time to swap their old currency notes of N200, N500, and N1,000 for the newly redesigned denominations.

The extension followed calls by several persons as they complained of scarcity of the new Naira notes, as banks were still dispensing the old notes even a few days before the deadline.

This morning, this reporter visited a few financial institutions in Lagos to monitor the situation, and it was observed that some customers could not withdraw cash from the banks.

At the banking hall of one of the tier-one lenders in the Akowonjo area of Lagos State, the cashiers were not paying customers who came to take their funds.

“I could not get cash from the bank because I was informed that there were no new notes to pay me with, as the central bank has directed them not to pay customers with the old notes,” one of the customers, who identified himself as Mr Idowu Sodunke, said.

At a branch of another bank on Idimu Road, Lagos, a customer, who identified herself as Mrs Bose Kalejaiye, said, “The bank could not pay me my money. They claimed they were short of the new Naira notes. When I told them to pay me in lower denominations, they also could not pay me. We are in a deep mess in this country.”

In the Ikotun area of Lagos State, the banks in the vicinity were crowded as customers, especially POS operators, rushed to withdraw their funds for business after the extension.

They had earlier deposited the cash ahead of the deadline during the weekend, but when they approached the banks to withdraw their money, the banks could not honour their requests, leaving some of them frustrated.

“I don’t have funds to do my business today. I was here yesterday (Sunday) to deposit some cash. It was after I deposited the money that I heard of the extension. I quickly came here this morning to take my money back, but I was told there was no cash to pay me.

“I think the issue is that the banks have stopped paying people with the old notes. I don’t know what to do now,” a POS operator, who identified herself as Rukayat Salami, told Business Post.

An employee of a commercial bank, who begged not to be named, hinted that the CBN directed banks tp stop dispensing old Naira notes to customers because of a directive of the CBN.

This newspaper observed that within the premises of some of the commercial banks visited today, some POS operators, like Ms Salami, resorted to collecting cash from depositors and transferring the money into their accounts so as to have enough cash to do business with at their terminals.

As the deadline for the stoppage in the use of old N200, N500, and N1,000 banknotes as legal tender in the country draws closer, the Central Bank of Nigeria (CBN) has directed banks to open their doors on Saturday, January 29 and Sunday, January 29, 2023, to customers for cash deposits.

The CBN maintained that it would not shift the deadline for the deposit of old Naira notes from Tuesday, January 31, 2023, despite calls from different quarters, including from the National Assembly, the Nigeria Labour Congress (NLC) and others.

According to the CBN governor, Mr Godwin Emefiele, 100 days is enough for Nigerians to take their old notes to banks for the newly redesigned denominations.

There had been reports that the new notes were very scarce and that banks were still dispensing the old notes, leaving many customers confused.

On Friday, many commercial banks sent messages to their customers, informing them they could bring their old notes this Saturday and Sunday.

One of the lenders, UBA, in its message said, “This weekend, all our branches will be open for cash deposits only.

“You can continue to bank seamlessly on all our digital channels, including Leo, UBA Mobile App, internet banking and *919#.”

Another bank, Fidelity Bank, said, “To help you meet January 31, 2023, deadline for depositing your old Naira notes, our branches will open as detailed below.

“Please note that only cash deposit transactions would be entertained on these days.”