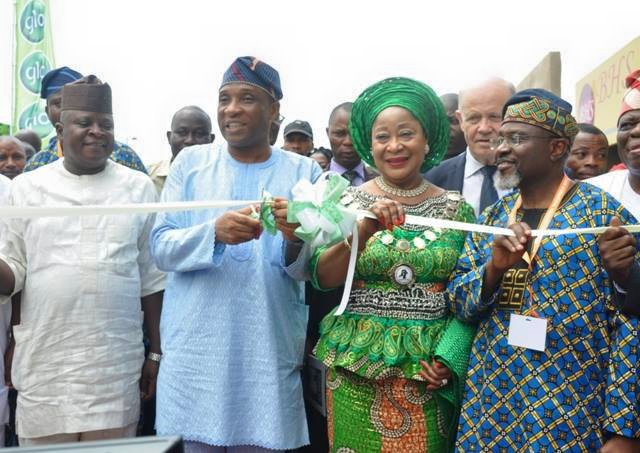 Performing the opening ceremony on Friday at the Tafawa Balewa Square, Mr Ambode reiterated his commitment to continually improve the business climate towards attracting more local and foreign investments as well as create more job opportunities.

The Governor, who was represented at the event by the Secretary to the State Government, Mr Tunji Bello, said the state government would not relent in its efforts until it achieves an increase in productivity preparatory to achieving the dream of becoming Africa’s model megacity by 2025.

“As a pro-active government, I will like to re-affirm that we shall not relent in our efforts, knowing so well that the task of achieving the goal of sustainable trade and industrial devolvement is by no means an easy task.

“Rather, it thrusts upon us the challenge of evolving sound policies that will stand the test of time and also generate the much-needed roadmap for our journey to economic prosperity,” the Governor said.

Mr Ambode maintained that the present administration is committed to the improvement of business environments and as such, has embarked on traffic de-congestion, illumination of streets at night, road construction and enhancement of security apparatus across the state.

He further said that the state government was partnering with Lagos Chamber of Commerce and Industry (LCCI) on advocacy for the enthronement of policy consistency through alignment of fiscal and monetary policies.

Governor Ambode stated that this year’s “Positioning the Nigeria Economy for Diversification and Sustainable Growth”, was chosen to address urgent issues that would facilitate the turning-around of the nation’s economy for good.

He commended the leadership of the LCCI under Mrs Nike Akande for their commitment, doggedness, tenacity and diligence in sustaining the history and success of the Lagos International Trade Fair which is regarded as the foremost in Sub-Sahara Africa, adding that this is the 30th edition since LCCI commenced the hosting of the fair.

Governor Ambode emphasised that the increase in numbers of participants recorded every year by the fair is a manifestation of its effectiveness as a business exposition and a worthy platform for economic transformation; imploring participants from various walks of life to make this year’s fair a success.

Earlier in her welcome address, Mrs Akande called on Nigerians to focus on non-oil economy for a greater development of the country, adding that the growth of diversification would be sustained with the support of Lagos State Government and LCCI.

Also speaking, the National President of National Association of Chamber of Commerce, Industry, Mines and Agriculture, (NACCIMA) Chief Bassey Edem, said the Lagos International Trade Fair provides ample opportunities for industries to showcase their goods in line with the diversification policy of the government.

He applauded the state government for its partnership and appealed to the administration to ensure that it speeds up work on the provision of a permanent site for the annual trade fair ceremony.

NNPC Pushes For N150 Per Litre For Petrol