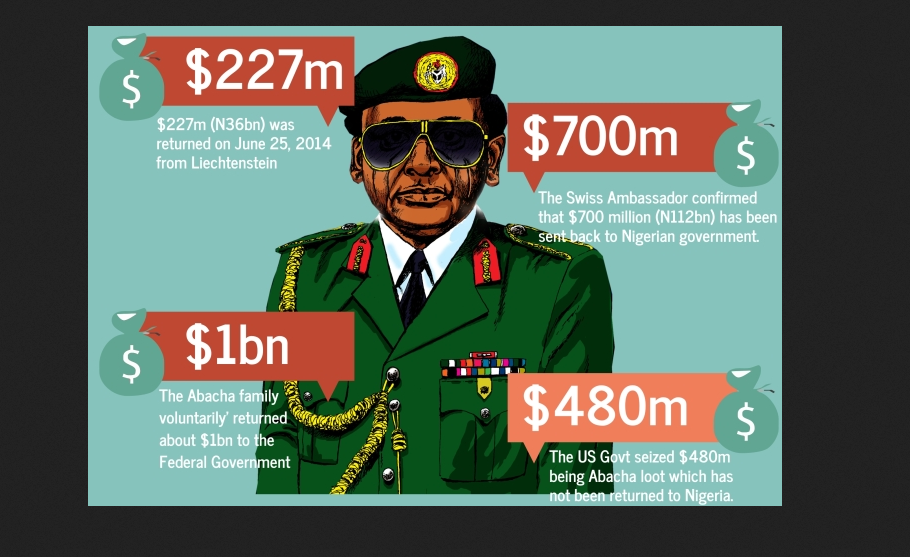 The Presidency has debunked reports on social media that the repatriated money by the Swiss Government, otherwise referred to as the Abacha Loot, would be used to fund the TraderMoni Micro-Credit Loan Scheme later this year.

In a statement signed by the Special Adviser to the President on Social Investment, Mrs Maryam Uwais, it was emphasised that the Abacha Loot is slated to be paid as grants to only beneficiaries of the Conditional Cash Transfer (CCT) Programme hosted on the National Social Register and has nothing to do with the TraderMoni scheme of the federal government.

Mrs Uwais stressed that funding for the loan scheme is derived from federal government’s Social Investment Budget appropriated by the National Assembly.

Business Post gathered that a message trending on social media claimed that the Abacha Loot has been set aside for the loan scheme recently announced by government.

“The Federal Government had deemed it fit to grant it to Nigerians especially Small-Scale Business Owners.

“The money will be paid to your account and you are to pay back within 6months. So, the program is designated for Small Scale Business Owners.

“You are to walk into any Access Bank Branch ask them for TRADE FORM, which the Federal Government say they should give.

“It’s an instant form that you can fill and submit there immediately.

“Pls, go with a passport photograph, and your BVN number. I repeat, the form is free of charge. Don’t pay to anybody unless you want to open an Access Bank account which is about 1200naira in other (sic) to make it fast.

“But if you have an account with access before its (sic) easy, they will link up your account with the form,” the trending social media message read.

But in the statement made available to Business Post, Mrs Uwais said the Abacha Loot is only meant for beneficiaries of the Conditional Cash Transfer (CCT) Programme hosted on the National Social Register.

She said the National Social Register currently comprises data of the poorest and most vulnerable households from 33 State Social Registers, around the country.

The data consists of information collated through a meticulous process that predates the inception of this Administration (in 8 States), which database would have developed to include Social Registers from all of States of the Federation and the FCT, by the end of October 2018.

“Following the apparently wide circulation of this misinformation, it is important to clarify that TraderMoni is a separate microcredit loan scheme under the Government Enterprise and Empowerment Programme (GEEP), one of the four Social Investment Programmes of the President Muhammadu Buhari administration. It is managed by the Bank of Industry,” she said, concluding that “the process for disbursement of TraderMoni loans does not involve paper applications or forms, and it is not disbursed through just one financial institution.”