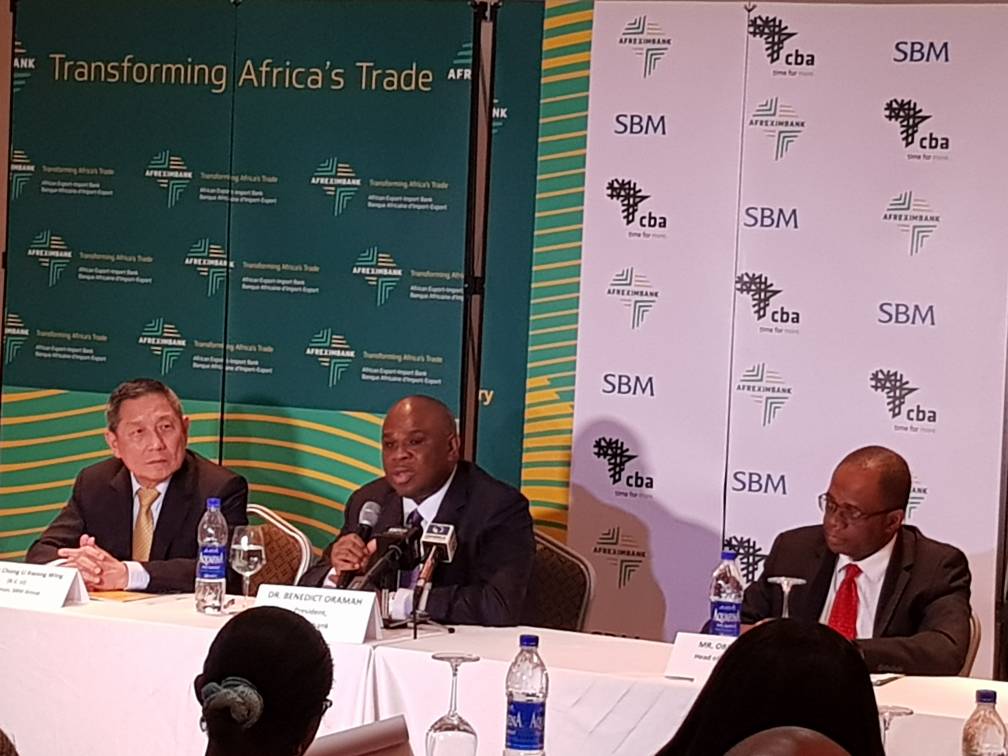 At a meeting with investors on Wednesday in Lagos, the lender explained that it was offering the equity using depositary receipts backed by its Class “D” shares.

Afreximbank further explained that the depositary receipts would be listed on the Stock Exchange of Mauritius and would be managed by SBM Asset Mangers as lead arranger.

The bank said the equity offering will open its shareholding to the investor public and will mark the first time a supranational bank is issuing depositary receipts through an African stock exchange.

Afreximbank is aiming to raise between $100 million and $300 million through the depositary receipts issuance as part of its target to mobilise up to $1 billion in equity from new and existing investors over the next five years, a statement issued by bank’s spokesman, Mr Obi Emekekwue, explained.

President of Afreximbank, Dr Benedict Oramah, was quoted to have told the investors that the issuance of the depositary receipts was to enhance the bank’s capitalization so as to significantly narrow the trade financing gap in Africa, which is currently estimated at $120 billion annually, and to meet the strategic objective of growing intra-African trade.

The issuance also represents an opportunity for Afreximbank to diversify its shareholder base by enabling investors in Africa and beyond, who have not yet invested in the bank to do so, added the President.

He noted that Afreximbank had consistently delivered development impact in its member countries, including Nigeria where virtually every banking institution had benefited from its support.

Chairman of SBM Group, Mr Kee Chong Li Kwong Wing, said that the decision to use Mauritius for the depositary receipts issue took into account the country’s highly developed financial services system and its experience in similar investment drives, including the major role it played in channelling billions of dollars in investment into India following the opening up of that country.

Mr Li stated that, as part of its support for the Afreximbank depositary receipts issue, the government of Mauritius planned to grant permanent residency to investors putting in up to $500,000. The minimum investment amount is $30,000.

Among guests at the event were many of Nigeria’s top business leaders, investors and public officials, including Mr Aliko Dangote, President of the Dangote Group; Governor Godwin Obaseki of Edo State; Mr Donald Duke, former Governor of Cross River State; a representative of the Oba of Lagos; and many others.

Afreximbank’s shareholders are a four-tier mix of public and private entities, with Class “A”, constituted of African states, African central banks and African public institutions; Class “B”, made up of African financial institutions and African private investors; Class “C”, with shares held by non-African investors, mostly international banks and export credit agencies; and Class “D”, under which fully paid shares can be held by any investor.