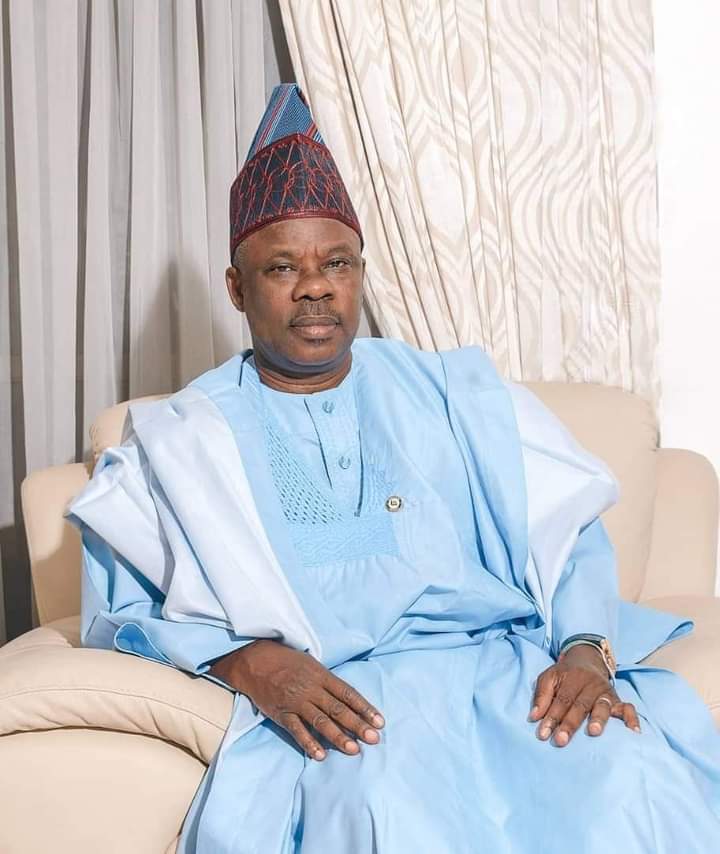 The Chairman of the Senate Committee on Capital Market, Mr Ibikunle Amosun, has appealed to the Securities and Exchange Commission (SEC) to think outside the box and come up with ways the federal government can generate more funds and improve the economy.

The current administration under President Muhammadu Buhari has plunged the nation into huge debts, and despite earning from crude oil sales and raising taxes, the country is unable to fund its budget without borrowing.

This has put the economy under pressure as most revenues generated are used to service debts, making many citizens worry about the future of the nation.

But the immediate past Governor of Ogun State believes that the capital market has the capacity to assist Nigeria in achieving its economic goals if given the needed support.

Speaking at the budget defence exercise by SEC in Abuja, the chartered accountant advised the agency to explore other areas that could aid in revamping the economy and improve government revenue, promising that the apex regulatory agency in the Nigerian capital market of the support of the parliament.

“The capital market is very important to the development of any economy. When the economy is stressed, the capital market can help,” he said, noting that the committee is very interested in the activities of the market as it is capable of providing the country with the needed long-term funding to get out of the woods as well as fund the budget.

He stated that the capital market in Nigeria was important to the economy of the nation as it was capable of providing the government with the much-needed revenue for infrastructural development.

“We know that globally, nations have been suffering the effects of COVID-19, and Nigeria is no exception. But we believe that with a vibrant capital market, our growth and development will be faster.

“That is why the Senate is very interested in ensuring that our capital market does well. We are here to encourage you in the work that you do to ensure that we achieve success. We will encourage companies to list so as to further deepen the capital market,” he said.

Mr Amosun, who is not returning to the Senate next year, commended the management of SEC for its efforts to deepen the market.

Earlier in his presentation, the Director-General of SEC, Mr Lamido Yuguda, told the senators that despite the global economic climate the world over, the commission had been able to improve its budget performance.

Mr Yuguda stated that due to a series of interactions with the lawmakers in the past, the organisation has been able to explore various areas in a bid to shore up its finances.

“This improvement in our performance is as a result of some of the fees that we introduced at the beginning of this year.

“When we came to you last year, the commission was facing a very difficult financial situation. We had various interactions with this committee, and we were asked to think outside the box so that we could bring measures to improve our performance.

“It is these measures that we started to introduce that have led to an improvement in our performance. We looked inwards and introduced various measures that drastically cut down our expenditures.

“We had a staff strength that we said was top heavy, and we were able to implement voluntarily early retirement programme in 2021 and concluded in December 2021.

He stated that the agency looked at the Collective Investment Scheme sector and explored avenues of improving its performance in a bid to increase the revenues of the organisation.

“The collective investment scheme is one of the areas that account for our improved performance. It has been with us for a decade, but the Commission has not been taking revenues from that sector.

“In terms of funds on this particular side of the market, we have not been taking in many revenues.

“So, effective January 2022, as we announced last year, the commission started taking less than 0.5 per cent of the funds in collective investments schemes so that it will help the commission give good regulation and oversight,” he stated.