Nigerians have been warned by bankers and judges to be wary of risks involved in transacting their businesses with virtual currencies like bitcoins and others.

Speaking in Abuja on Wednesday at a seminar organised by Chartered Institute of Bankers of Nigeria (CIBN), the Chief Justice of Nigeria (CJN), Justice Walter Onnoghen, said efforts must be made to protect customers in the banking sector.

At the event tagged ‘17th National Seminar on Banking and Allied Matters for Judges,’ the CJN, represented by a Justice of the Supreme Court, Justice Mahmud Muhammad, said the judiciary will continue to provide support for the banking industry.

He said the programme, which focused on the ‘Emergence of New Frontiers in Banking and its Legal Implications,’ came at the right time.

Mr Onnoghen stressed that the judiciary has a huge part to play in the protection of depositors’ funds and warned members of the judiciary not to truncate the present judicial reforms with technicalities.

The CJN said Nigerians should just be careful of how they are exposed to crypto currencies, which seem to be gaining ground by the day despite warnings.

However, he assured that the judiciary will ensure it plays its vital role in the prompt, speedy and just dispensation of cases to protect depositors’ funds.

On his part, President of CIBN, Professor Segun Ajibola, admitted that virtual currencies have altered the traditional form of banking system in Nigeria, but emphasised that efforts must be made to protest citizens’ funds.

He said efforts are being made to study the new trend with a view to finding ways to minimise the risks.

Prof Ajibola noted that, “One of the side effects of the disruptive technology, artificial intelligence and other new tools is the use of the same technology to undermine the control systems in banks and other financial institutions.

He promised that bankers will continue to work closely with the judiciary so as to tackle the issues head-on.

Also at the seminar, other speakers called on the government, especially the National Assembly, to closely look into crypto currencies. They said for now, there is no legal backing for the use of virtual currencies in the country.

A cryptocurrency is an encrypted decentralized digital currency transferred between peers and confirmed in a public ledger via a process known as mining. It is also a digital or virtual currency that uses cryptography for security.

A cryptocurrency is difficult to counterfeit because of this security feature.

A defining feature of a cryptocurrency, and arguably its most endearing allure, is its organic nature; it is not issued by any central authority, rendering it theoretically immune to government interference or manipulation.

Business Post recalls that at a Workshop for Financial Correspondents in December 2016 in Kaduna, Managing Director of Nigeria Deposit Insurance Commission (NDIC), Mr Umaru Ibrahim, disclosed that his commission and the Central Bank of Nigeria (CBN) had set up a committee to look into the trending ‘bitcoin’ scheme.

“On our part, we have constituted a committee together with the central bank to have an in debt study of this phenomenal bitcoin.

“We will also look at what it means for money laundering, anti-corruption, crime and measurement of money /near money instrument for the economy.

“But we need a lot of education to do this and I’m calling on you (media) to educate yourselves about all of this so you can educate the public,” Mr Ibrahim had said at the event themed ‘Economic Recession and the Nigerians Banking Sector: Opportunities, Challenges and the way Forward.’

In January 2017, the Securities and Exchange Commission (SEC), in a statement posted on its website, warned Nigerian investors to be very careful of advertisements encouraging them to invest in cryptocurrencies such as Swisscoin, OneCoin, Bitcoin and such other virtual or digital currencies.

SEC had said it “wishes to alert the public that none of the persons, companies or entities promoting cryptocurrencies has been recognized or authorized by it or by other regulatory agencies in Nigeria to receive deposits from the public or to provide any investment or other financial services in or from Nigeria.

“The public should also be aware that any investment opportunities promoted by these persons, companies or entities are likely to be of a risky nature with a high risk of loss of money, whilst others may be outright fraudulent pyramid schemes.”

But at crypto currency conference held in Lagos last month tagged ‘Learning to Glow with the Flow,’ Deputy Director/Head, Payments System Policy and Oversight at the CBN, Mr Musa Jimoh, disclosed that the apex bank had commenced arrangement to introduce a digital currency in the country a move to key into the global adoption of crypto currency initiative.

Mr Jimoh was quoted to have said at the event that CBN cannot stop the tide of waves generated by the blockchain technology and its derivatives.

“Currently, we have taken measures to create four departments in the institution that are looking forward to harmonise the white paper on Crypto currency,” he had said at the event.

Also at the event, President of Information Security Society of Nigeria (ISSAN), Dr David Isiawe, had said, “The reality that is before us today, particularly in Nigeria, is that the Distributed Ledger Technology (DLT), blockchain and Crypto currency are facts that we must face, whether we like it or not. We cannot wish this reality away.

“It is made worse when we realise that we are still grappling with current challenges of e-commerce and other electronic payment systems but technology development and advancements are not waiting.

“The impact of the emergence of blockchain and Crypto currency will be felt in the nation just as in the global community.

“Nigerian must be proactive rather than reactive by considering how these technologies would affect and influence our lifestyles and business operations and channel, and thus fashion our rules of engagement for their adoption.”

However, Mr Isiawe also admonished prospective investors to be careful investing in crypto currencies, as every investment has its share of risks.

This month, at the 12th Abuja International Trade Fair, Managing Director of the Nigeria Deposit Insurance Corporation (NDIC), Mr Umaru Ibrahim, warned Nigerians to be very careful of how they embrace digital currencies, especially bitcoins, emphasising that they had not yet be certified okay by the necessary regulatory bodies in the country.

He admitted that in other climes, they have been fully embraced, but warned that anyone in Nigeria involved in the trade do so at their own risk as such currencies were not insured by the NDIC.

“In view of the growing popularity which the phenomenon is gaining in Nigeria, it has become important to state that digital currencies are not authorised by the Central Bank of Nigeria, and they are not insured by NDIC,” he had warned earlier this month. 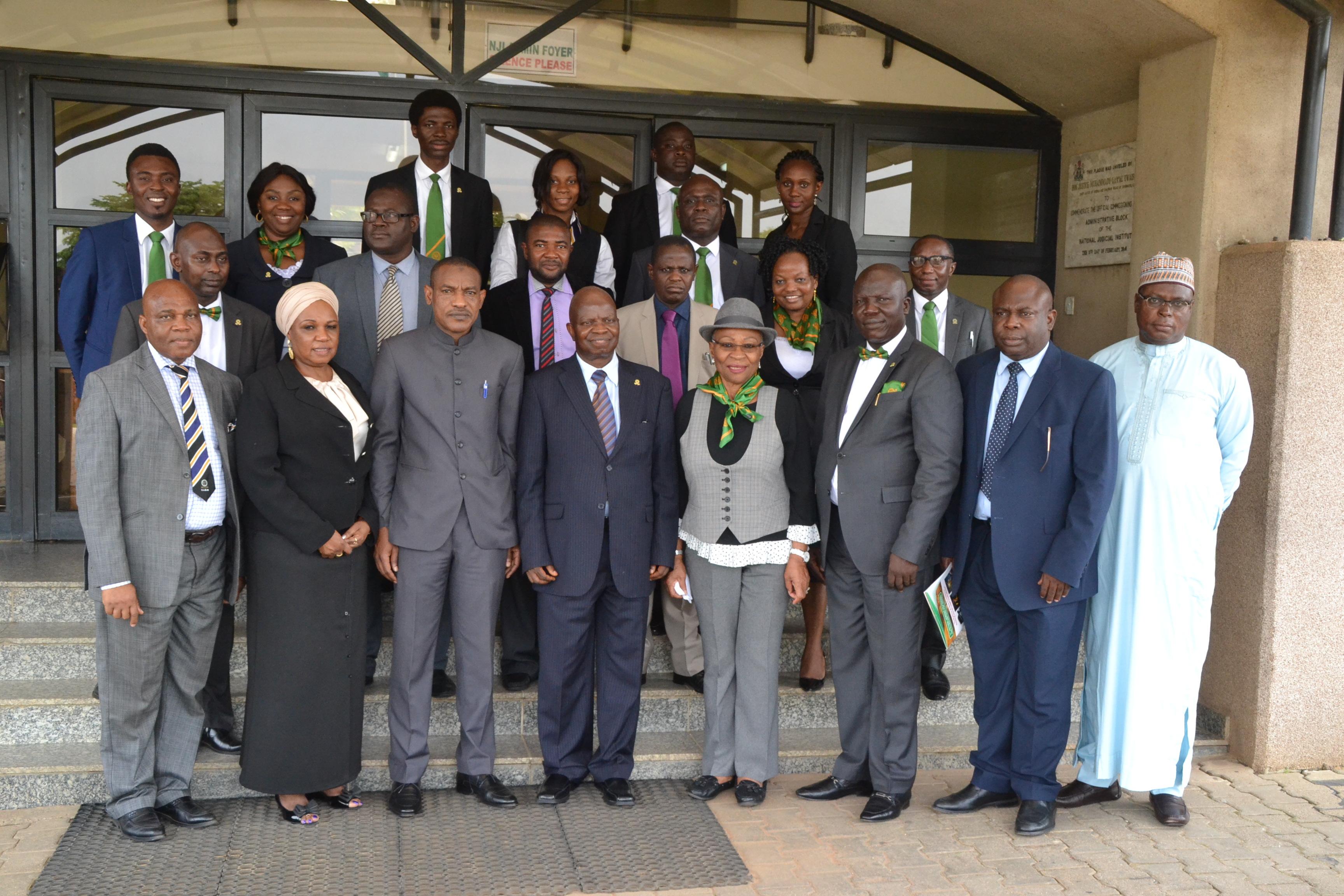