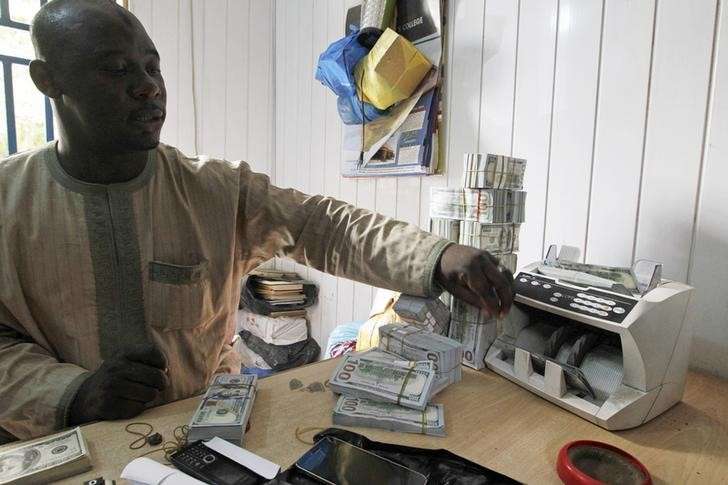 The Nation is reporting that banks are shutting down Bureau De Change (BDC) accounts over the demand that the operators pay taxes on their transactions turnover.

However, the umbrella body of the forex dealers, Association of Bureau De Change Operators of Nigeria (ABCON), has described this move as unlawful.

It was reported that the financial institutions are writing to BDCs and implementing a ‘Post No Debit’ order on the operators’ accounts even where there is no evidence of tax default.

President of ABCON, Mr Aminu Gwadabe, claimed the banks were acting on the directive of the Federal Inland Revenue Service (FIRS) by demanding that BDCs pay taxes on bidding funds used for dollar collections. The funds are sent through the commercial banks to the Central Bank of Nigeria (CBN) weekly.

“The BDCs are a high turnover sector and their funding cash for Dollar collections cannot be subjected to taxes.

“An average BDC does over N30 million weekly turnover and paying taxes on such funds will affect their cash flow and ability to meet their statutory role of foreign exchange supply to the retail-end of the market,” Mr Gwadabe said.

He said many of the affected BDC operators are facing funding challenges that need to be addressed immediately by concerned stakeholders.

“In fact, we will be writing to the Central Bank of Nigeria (CBN) to complain about the illegal policy of the ‘Post No Debit’.

“Presently, most of our members funds with the deposit money banks for their bidding obligations are being trapped in the banks.

“This scenario, if not checked, will affect our members funding capacity, derail the sustainability of their businesses with the resultant liquidity spikes,” he said further.

A letter from one of the commercial banks sited by The Nation said, “The bank has pursuant to section 49 of the Companies Income Tax Act LFN 2004 and Section 28, 29 and 31 of the Federal Inland Revenue Service (Establishment) Act No. 13 of 2007 been appointed by the Executive Chairman of the FIRS as collection Agent over your accounts.”

“Please be informed that consequent on this directive, we are compelled by law to place ‘Post No Debit’ on your account pending the receipt of further instructions from the Executive Chairman of FIRS. This is for your information and necessary action as you are best advised to contact the FIRS officials,” the letter added.

According to Mr Gwadabe, the new trend in collecting taxes from BDCs is unacceptable and must be stopped. He said that ABCON will be writing CBN to call the banks and other parties implementing the directive to order.

“The banks did not ask the BDCs to bring evidence of tax payment before they act. Value Added Tax- VAT- Exempt for BDCs is applicable in other climes and should also be practiced in Nigeria.

“The non-implementation of tax exempt in Nigeria is affecting the capacity of BDCs to effectively meet the foreign exchange demands at the retail-end of the market,” he said.

He said ABCON will continue to implement zero tolerance for non-compliance with regulatory requirement and unethical conduct amongst its members but will not sit idly and watch the businesses built by its members destroyed by illegal policy like the ‘Post No Debit’ order.

The ABCON, he added, has also created the office of Compliance Officer at its National Secretariat and in all its Zonal Offices to discipline operators that fail to comply with set regulations.

Mr Gwadabe said the BDC sector is critical for continued stability in the foreign exchange market adding that the working of many developed economies is highly dependent on the activities of BDCs and Nigeria should not be an exception.

He said the BDCs have so far stamped their role as key players in the foreign exchange market, where they remain major economic drivers creating employment and wealth for Nigerians. These contributions, he added, require that the operations of BDCs be supported to sustain ongoing market rally and stability.

Related Topics:BDC Operators
Up Next