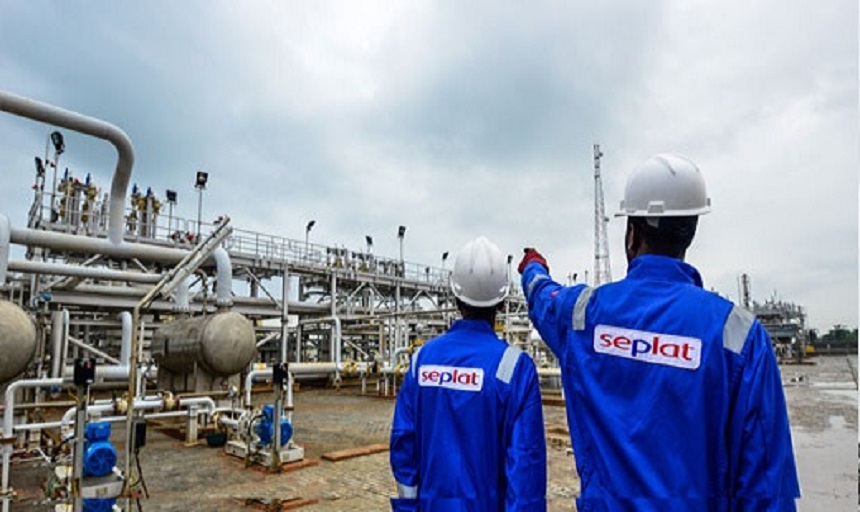 Founder and chairman of Seplat Petroleum Development Company (Seplat) Plc, Mr Ambrosie Bryant Chukwueloka Orjiako, has been directed to pay the sum of $144.2 million to three banks being the outstanding and accrued interest of a facility granted to him and one of his companies in 2011.

The trained medical doctor and his firm, Shebah Exploration and Production Company Limited had dragged Skye Bank (now defunct and known as Polaris Bank), Diamond Bank and the Africa Import Export Bank to a court in Lagos, seeking for the judgement of a Court of England and Wales, which awarded $143.9 million to the three lenders, to be set aside.

But the Federal High Court sitting in Ikoyi has certified judgment delivered by the High Court of Justice Queen’s Bench Division and upheld by the Supreme Court of the United Kingdom, directing Shebah Exploration & Production Company Ltd, Allenne Ltd and its president, Mr Orjiako to pay the three financial institutions a sum of $144.2 million.

According to ThisDay, the Lagos court certified the judgments on March 28 and ordered the defendants to comply with the judgment, denying them the permission to appeal it.

The first defendant, Shebah Exploration & Production Company Ltd is a Nigerian company engaged in oil exploration and production while the second defendant, Allenne Ltd is the guarantor of the borrowed loan.

The third defendant, Mr Orjiako, is the President of Shebah and a personal guarantor of the liabilities of Shebah and Allenne pursuant to a Deed of Guarantee and Indemnity dated July 1, 2011.

The claimants had dragged the defendants before the High Court of Justice Queen’s Bench Division in order to be able to recover an outstanding of the facility loan granted to them.

The claimants had apply for a summary judgment against the defendants for sums outstanding under a syndicated loan facility agreement totalling over $144.2 million, together with interest on those sums.

They had prayed the court to determine whether it is arguable that, in entering the Facility Agreement, the parties were contracting on the claimants’ written standard terms of business so as to engage section 3 of the Unfair Contract Terms Act 1997 (‘UCTA’).

In a judgment delivered by Mr Justice Phillips of the High Court of Justice Queen’s Bench Division on February 19, 2016, the court said Shebah had taken the loan for purpose of discharging certain of its existing borrowing and to provide working capital for its operations, including funding for a work-over programme to stimulate production at oil wells in the Ukpokiti oil field.

According to the court, the defendants never denied that the claimants advanced $150 million to Shebah pursuant to the Facility Agreement, nor dispute that, apart from paying one instalment of $6,111,111.11 in June 2012 but Shebah has failed to meet any further repayment instalment, despite the claimants agreeing to the deferral of several instalments.

The judge said in a previous proceeding, which commenced on March 11, 2014, the defendants agreed that, in exchange for the claimants’ discontinuing the proceedings, Shebah would repay all sums outstanding under the Facility Agreement in two tranches: $49.999,999.86 (with accrued interest) by April 30, 2014 and the balance of the loans and interest by July 1, 2014.

He added that Shebah failed to pay any part of the sum due on April 30, 2014. “The claimants were therefore entitled, under the terms of the Discontinuance Agreement, to commence fresh proceedings in respect of their claims.

These proceedings were commenced on June 2014, repeating the claims previously made and adding a claim against Shebah in respect of the $49.999,999.86 due under the Discontinuance Agreement”, the judge said.

The judge however ruled that there is no merit in the defendants’ contention on the issues on the ground that there is simply no basis for inferring that the claimants, or any of them, habitually put forward the LMA form (or a tailored version of it) as a basis for their syndicated loan transactions.

“The most likely scenario is that it was chosen or selected by the claimants’ lawyer and that they will have adapted it to reflect the specifics of the transactions. It is impossible to draw any inferences as to what starting points may have been taken in other transactions, involving other permutations of lenders and other lawyers.

“I therefore satisfied that the defendants do not have a realistic prospect of establishing at trial that the Facilities Agreement is on the claimants’ written standard terms of business. The suggestion that the disclosure might alter the position is a classic example of hoping that something may turn up, in this case a forlorn hope given the evidence that there was in fact a degree of real negotiation of the final terms.”

Phillips in his judgment held that whilst the claimants’ purported acceleration of the loans on October 16, 2013 was ineffective, the defendants do not have a defence to the claimants’ alternative case, based upon the acceleration notice dated October 2, 2014 and subsequent demands dated April 14, 2015 and July 27, 2015.

“For the reasons set out above, the claimants are entitled to summary judgment against all three defendants for (i) the principal outstanding under the Facility Agreement of $143,888,888.89, subject to giving credit for the sum paid during the course of this application and the sums conceded in respect of default charges and hedging fees; (ii) the management fees claimed; and (iii) interest calculated on the alternative basis that the loan was accelerated on October 2, 2014”, the judge held.

Dissatisfied with the judgment, the defendants approached the Supreme Court of the United Kingdom, seeking to quash the judgment.

Ruling on the defendants’ application, the Supreme Court sitting comprising Lord Mance, Lord Reed and Lord Lloyd-Jones upheld the decision of the lower court and refused the permission to appeal the decision.

“After consideration of the application filed on behalf of the Appellants seeking permission to appeal the order made by the Court of Appeal on June 28,2017 and of the notice of objection filed by the Respondents.

Nigeria’s External Reserves Shed $3.5b in Q3 Despite Rise in Oil Price