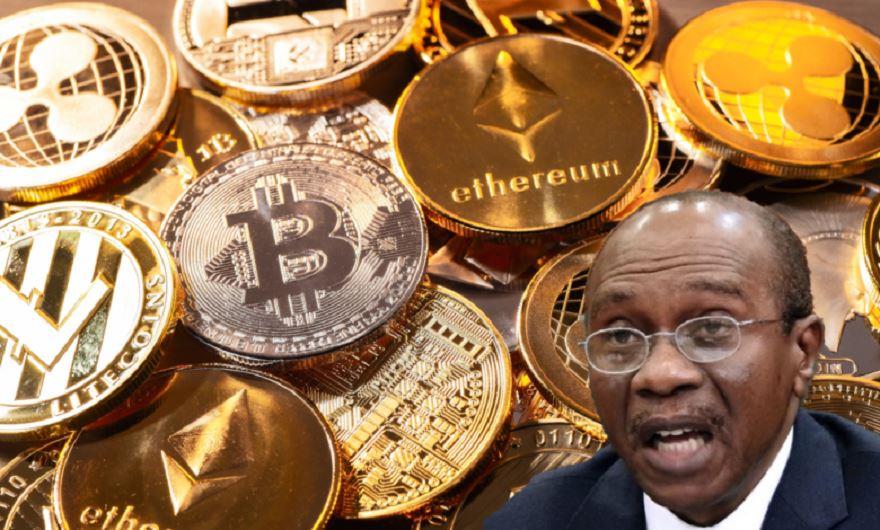 The Central Bank of Nigeria (CBN) appears not to be backing down on its decision to restrict cryptocurrencies trading in the country as the Governor of the bank, Mr Godwin Emefiele, has described digital currencies as “money created out of thin air.”

Mr Emefiele, while appearing before a joint Senate Committee on Banking, Insurance and Other Financial Institutions; ICT and Cybercrime, maintained that the ban on digital currencies in the country was in the best interest of Nigerians.

In a video circulating online and seen by this media organisation, while addressing the Senate committee, Mr Emefiele remarked that, “Cryptocurrency is used to describe players in a dark world where transactions are extremely opaque, they are black; they are not white, they are not visible and they are not transparent.”

He further said, “Cryptocurrency is not legitimate money. Cryptocurrency has no place in our monetary system at this time and cryptocurrency transactions should not be carried out through the Nigerian banking system.”

Mr Emefiele submitted that cryptocurrencies were creating anxieties for regulators around the world and noted in an unverified claim that most banking regulators in the world do not recognise it.

He affirmed that the central bank was steadfast in its resolve to intensify its surveillance and deeper understanding of the crypto ecosystem.

The CBN Governor emphasised that the major objective of the banking authority remains to educate Africa’s largest economy on emerging financial risks and protect Nigeria’s financial system from the activities of money launderers, currency speculators, and foreign-based fraudsters.

Business Post had reported earlier this month that the CBN directed Deposit Money Banks (DMBs) and other financial institutions to desist from transacting in and with entities dealing in cryptocurrencies.

In a statement that read in part, the apex bank said, “Due to the fact that cryptocurrencies are largely speculative, anonymous, and untraceable, they are increasingly being used for money laundering, terrorism financing, and other criminal activities. Small retail and unsophisticated investors also face a high probability of loss due to the high volatility of the investments in recent times.

“In light of these realities and analyses, the CBN has no comfort in cryptocurrencies at this time and will continue to do all within its regulatory powers to educate Nigerians to desist from their use and protect our financial system from the activities of fraudsters.”

The ban came at a time when cryptocurrencies were gaining traction around the world on the back of one of its best performing periods yet.

Nigeria is the second-largest cryptocurrency market in the world and many analysts have described the decision of the central bank as a step in the wrong direction.

Related Topics:CBN Governor
Up Next