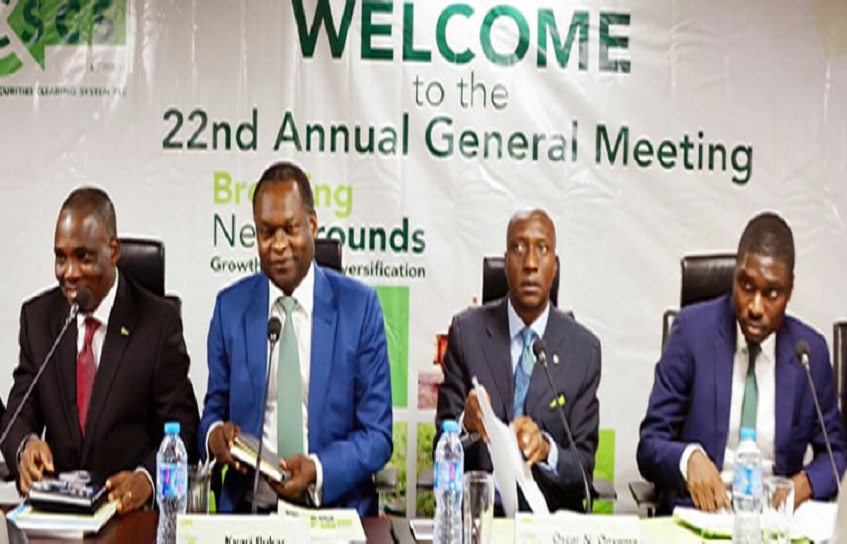 It was a negative outcome for the NASD Over-the-Counter (OTC) Securities Exchange at the midweek session as the unlisted market recorded a 0.45 per cent depreciation on the back of a loss suffered by Central Securities Clearing Systems (CSCS) Plc.

The Nigerian securities depository company saw its share price go down by 3.09 per cent or 45 kobo to wrap the day at N14.55 per share in contrast to N15 per share it ended at the preceding session.

This decline suffered by CSCS reduced the market capitalisation of the exchange by N2.24 billion to close at N500.17 billion versus the previous N502.42 billion.

It also contributed to the 3.16 points decline recorded by the NASD Unlisted Security Index (NSI), which ended the session at 703.67 points as against 706.83 points it recorded on Tuesday.

In terms of the volume of securities traded by investors at the bourse on Wednesday, it increased by 956.3 per cent as investors exchanged 10,563 units compared with the 1,000 units of securities transacted by market participants on Tuesday.

Likewise, there was a rise in the value of shares traded yesterday by 2,461.5 per cent as shares worth N153,692 exchanged hands in contrast to N6,000 achieved a day earlier.

These transactions, according to data obtained by Business Post were carried out in one deal, the same number of deals recorded at the preceding day and it was on CSCS Plc.