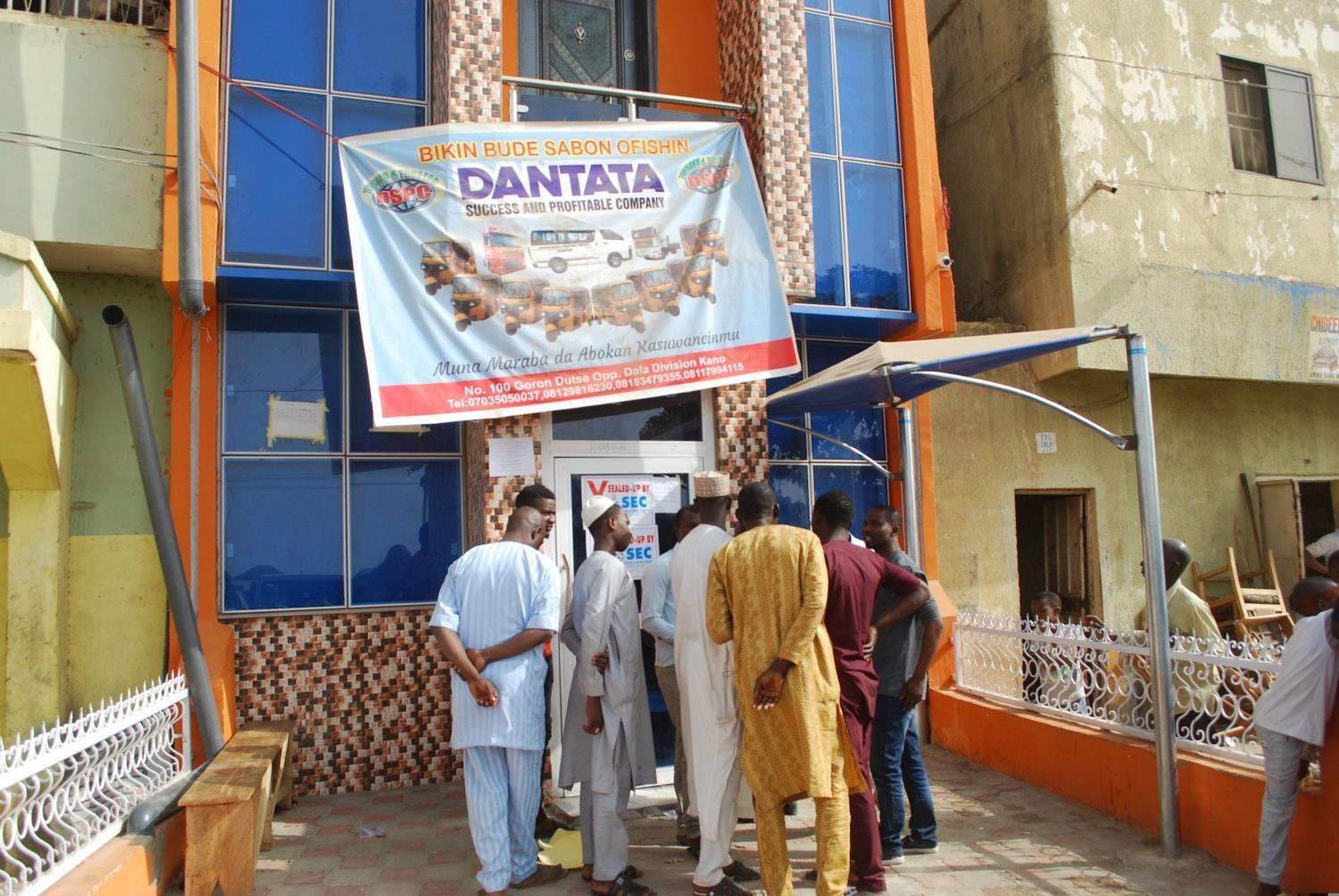 The Securities and Exchange Commission (SEC) has said the verification of claims of unpaid investors in the Ponzi scheme created by Dantata Success and Profitable Company will end on Friday, July 19, 2019. The exercise commenced on Monday, July 15, 2019 in Kano State.

A statement issued by the commission today said the verification would be done in four different batches, with a specific number of investors allotted to the various groups.

It was disclosed that the verification exercise will take place at the Mambayya House, Aminu Kano Centre for democratic Research and Training, Gwmmaja Gidan Mallam, Kano City.

A total 478 persons will partake in the first batch on Monday, 780 persons in the second batch on Tuesday, 1272 percent would be attended to on Wednesday and 1630 persons on Friday.

SEC explained that it was carrying out this exercise as a result of its appointment of joint Administrators/Trustees for Dantata Success and Profitable Company pursuant to section 13 and 173 of the Investment and Securities Act, and consequent to an Order Exparte granted by the Federal High Court Kano.

The agency is appealing to members of the investing public that invested in the entity’s illegal collective investment scheme to come forward for the verification of claims.

SEC said, “All unpaid DSPC Scheme investors are necessarily advised to attend in person as attendance by proxy is not acceptable.

“Claimants must bring along the following documentary evidence/information for the verification exercise:

“Any of the following acceptable means of identification of the claimant (National Identity Card, Driver’s License, Permanent Voters Card or International Passport).

Related Topics:Dantata Success and Profitable Company
Up Next

Positive economic data and robust fuel consumption in the world’s largest oil consumer and producer of crude oil, the United States, triggered a rise in the price of the commodity on Thursday.

Prices rallied after another round of impressive US economic data boosted optimism for an improving crude demand outlook.

While recession fears and the possible demand destruction that could come with such a recession have pulled down prices over the last month, economic data in the US showed a stronger labour market, further bolstering crude prices.

On Wednesday, the EIA estimated that crude oil inventories had fallen by 7.1 million barrels, on top of millions of barrels of crude oil making their way out of the nation’s Strategic Petroleum Reserves (SPR).

Fuel inventories in the country also fell by another 4.6 million barrels for the week ending August 12, the EIA reported on Wednesday.

The EIA data also calmed fears that furl demand could be falling after it showed the four-week average of implied gasoline demand rose to the highest level this year.

Bans by the European Union on Russian oil exports could dramatically tighten supply and drive up prices in coming months as it could reach up to 2 million barrels per day.

The new secretary general of the Organization of the Petroleum Exporting Countries (OPEC), Mr Haitham Al Ghais at its next meeting in September, OPEC+, which includes other oil suppliers like Russia, “could cut production if necessary, we could add production if necessary. … It all depends on how things unfold.”

However, disappointing economic data out of China this week, which signifies lower crude demand from the world’s largest oil importer, has capped oil’s increase, as well as a stronger US Dollar, which makes crude oil more expensive for foreign buyers. 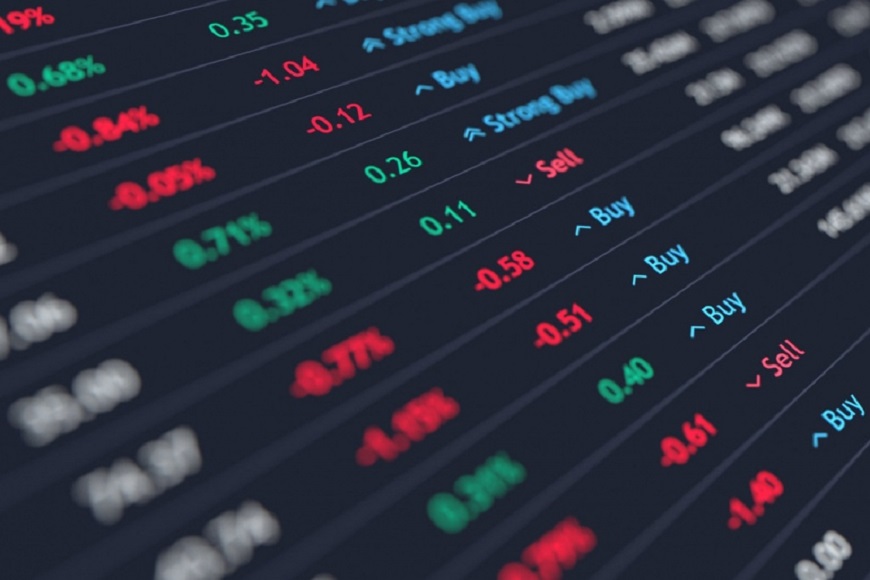 Investors at the Nigerian Exchange (NGX) Limited, especially the foreign portfolio investors (FPIs), reacted negatively to a shocking revelation that Emirates Airlines would be suspending its operations in Nigeria from next month because of its inability to repatriate about $85 million trapped in the country due to the foreign exchange (FX) crisis in Nigeria.

The news broke in the morning, just before proper trading activities resumed on the floor of the exchange and this triggered panic selling of Nigerian stocks during the trading day.

Nigeria has struggled to meet forex requests of users because of a shortage in supply despite the rise in the price of crude oil. The nation has not been able to earn more from crude oil sales due to theft and corruption.

On Thursday, the domestic stock market further depreciated by 0.29 per cent on the back of profit-taking in almost all the key sectors of the bourse.

Only the banking sector closed in the green territory by 0.18 per cent as the insurance space lost 1.41 per cent, the industrial goods counter depreciated by 0.51 per cent, the consumer goods index fell by 0.33 per cent, while the energy counter declined by 0.10 per cent.

Business Post reports that investor sentiment was strongly weak yesterday as the stock exchange ended with 24 depreciating stocks and 12 appreciating equities due to the disturbing development.

During the session, a total of 147.0 million stocks worth N2.7 billion were traded in 3,180 deals as against the 128.8 million stocks worth N4.1 billion traded in 3,492 deals a day earlier, representing an increase in the volume of transactions by 14.13 per cent, a decline in the value of trades by 35.75 per cent and a reduction in the number of deals by 8.93 per cent.

CBN Aims to Boost eNaira Adoption by 800% to 8 Million

The Central Bank of Nigeria (CBN) is seeking to boost the adoption of the eNaira by 800 per cent in the next 12 months by luring people without bank accounts to join the fray.

This was disclosed by the CBN Governor,  Mr Godwin Emefiele, who gave the update on eNaira adoption at the grand finale of the e-Naira Hackathon, in Abuja on Thursday.

The central bank digital currency (CBDC) since its launch 10 months in October 2021 has attracted just 840,000 users.

Now, the apex bank is targeting 8 million users in the “second phase” of the digital currency’s expansion.

He explained that this is coming as transactions on the digital currency platform hit N4 billion.

According to him, “Since the launch of this great initiative, the eNaira has reached 840,000 downloads, with about 270,000 active wallets comprising over 252,000 consumer wallets and 17,000 merchant wallets.

“In addition, volume and value of transactions on the platform have been remarkable, reaching above 200,000 and N4 billion, respectively.”

The governor disclosed that despite the successes recorded on the initiative, the bank, in collaboration with private sector operators has started the second phase of the e-Naira.

His words, “Notwithstanding this appreciable progress, the second phase of the project has begun and it is intended to drive financial inclusion by onboarding unbanked and underserved users leveraging offline channels.

“Hence, greater success is envisioned for the project with phase two expected to deliver more gains with a target of about 8,000,000 active users based on estimations using the diffusion of innovation model.”

Mr Emefiele said that CBN remained strategic in charting the future of the Naira by balancing innovation with the stability of the currency.

He said, “Pursuant to achieving its mandate of preserving monetary and financial stability, the CBN is strategic in charting the future of Nigeria’s legal tender, be it in its traditional or digital form as the economy transits to a digital one as well as charting the course for innovation in the financial sector and in the infrastructure underpinning financial markets.

“Hence, the importance of getting the balance right between innovation and stability.

“Against this background, the launch of eNaira was timely and strategic in complementing the various diversification and digitisation initiatives of the Federal Government including the launch of the Nigeria Digital Economy Policy and Strategy (NDEPS), The National Broadband Strategy, as well as the introduction of the Start-Up Bill and a host of others.”

The CBN boss said that the eNaira would make a significant positive difference to Nigeria and Nigerians, as it would ease their participation in the global digital economy.

“The eNaira was also developed to provide Nigerians with a cheap, safe, and trusted means of payment. Unlike offline payments channels like agent networks, USSD, wearables, cards, and near-field communication technology, the eNaira would give access to financial services to underserved and unbanked segments of the population.

“Innovative products and services built on the eNaira would enhance Nigerians’ participation in the digital economy and promote further development of a burgeoning Fintech ecosystem.”