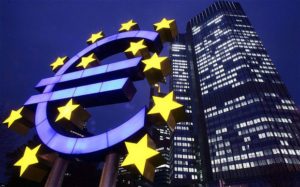 European stocks have fallen for a third consecutive session, as depressed oil prices have added to investor worries about inflation and the outlook for global growth at a time when the US Federal Reserve continues to tighten monetary policy.

While the German DAX Index is just below the unchanged line, the UK’s FTSE 100 Index and the French CAC 40 Index are both down by 0.4 percent.

Banks have continued to move lower after the US Treasury yield curve flattened to almost 10-year lows on Wednesday. Energy stocks have also move to the downside as oil held its slide into a bear market on supply worries.

Meanwhile, chip designer Imagination Technologies Group has soared on news the company, which is in dispute with Apple (AAPL), has put itself up for sale.

The headline index fell to 108.0 from 109.0 in May even as business managers remained much more upbeat on general production prospects.

The U.K.’s exit from the European Union offers “an opportunity to strengthen Germany as a business location and, in particular, the financial center Rhein-Main,” the German Finance Ministry said in its latest monthly report.

A two-day meeting of the European Council gets underway in Brussels today, with British Prime Minister Theresa May expected to make her offer at the event over the status of EU citizens living in the UK.