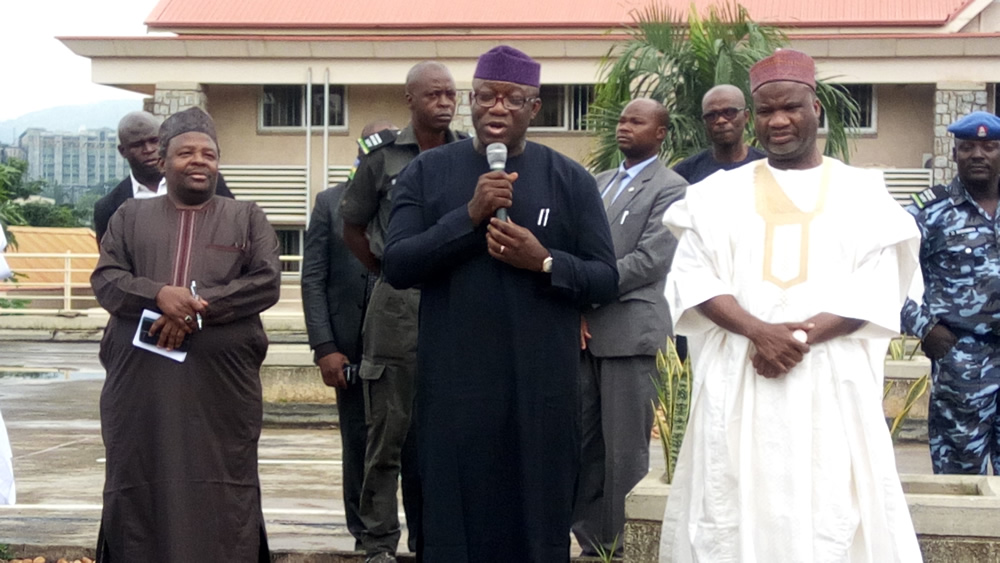 Two firms shut down last month in Zurak, Wase Local Government Area of Plateau State have been accused by the Federal Government of being involved in illegal mining activities to the tune of N100 billion.

Minister of Mines and steel Development, Dr Kayode Fayemi, during a meeting with staff of the ministry in Abuja recently, said the two illegal mining companies, Solid Unit Limited and Geotess Nigeria Limited, had illegally taken out minerals worth over N100 billion, in the past few years they have been involved in illegal activities in the area.

During a raid on August 15, 2017, 16 Chinese nationals and eight Nigerians involved in massive illegal mining were arrested in Zurak at the wake of the shutting down of the two firms on the orders of the National Security Adviser (NSA), Mr Babagana Monguno, and the Minister when the duo visited some illegal mining sites in the richly endowed lead/zinc belt.

Chairman of Solid Unit Limited, Mr Usman Abubakar (aka Dan China), who is regarded as the most notorious illegal miner in the state, was also declared wanted by the NSA, who ordered all security agencies to arrest him for acts seen as economic sabotage.

Mr Fayemi, in the meeting attended by all cadre of the workers in the ministry, said the huge scale of  illegal mining by the two companies in Wase was tantamount to economic terrorism, adding that government was determined to confront anyone or group that are out to sabotage the economy through illegal mining and other means.

He said the scale of illegal mining perpetrated by the two blacklisted companies and their foreign collaborators was humongous, stressing that they used very sophisticated equipment, including a tunnel with rail track and other heavy machines for their illegal operations.

The Minister said the arrested Nigerians have been in active connivance with foreigners to carry out massive illegal mining in the state thereby depriving the country of revenue.

“Their unwholesome activities have also led to environmental degradation and abandoned mine pits,” he said.

He said the leadership of the ministry carried out the operation that led to the closure of the illegal mining companies/sites and the arrest in a discreet manner, because of the massive network of collaborators and informants at the disposal of the companies.

“We didn’t want to leave anything to chance, so it was done discreetly”, he said, adding that it was a successful operation, which according to him had also restored sanity to the area, which had been under the siege of illegal miners and criminal elements for some years.

The arrested Nigerians and their foreign collaborators, according to him, have been handed over to the newly inaugurated Mines Division of the Nigerian Police for prosecution.

In response to a question by one of the workers, Dr Fayemi said the ministry would adopt its own whistle blowing arrangement in order to encourage more information on illegal mining activities in the sector.

The Minister, however, added that the ministry would continue to guide and provide both technical and financial supports genuine artisanal and small scale miners, who abide by the rules and regulations guiding the sector.

Zurak is a key location of substantial mineral deposits notably lead, zinc, copper, tin, wolframite, tantalite and other base metals.

Over time the range of illegal mining activities have been recorded around the area leading to the wanton loss of revenue, minable land and social displacement of the rural communities.

Related Topics:illegal mining firms
Up Next