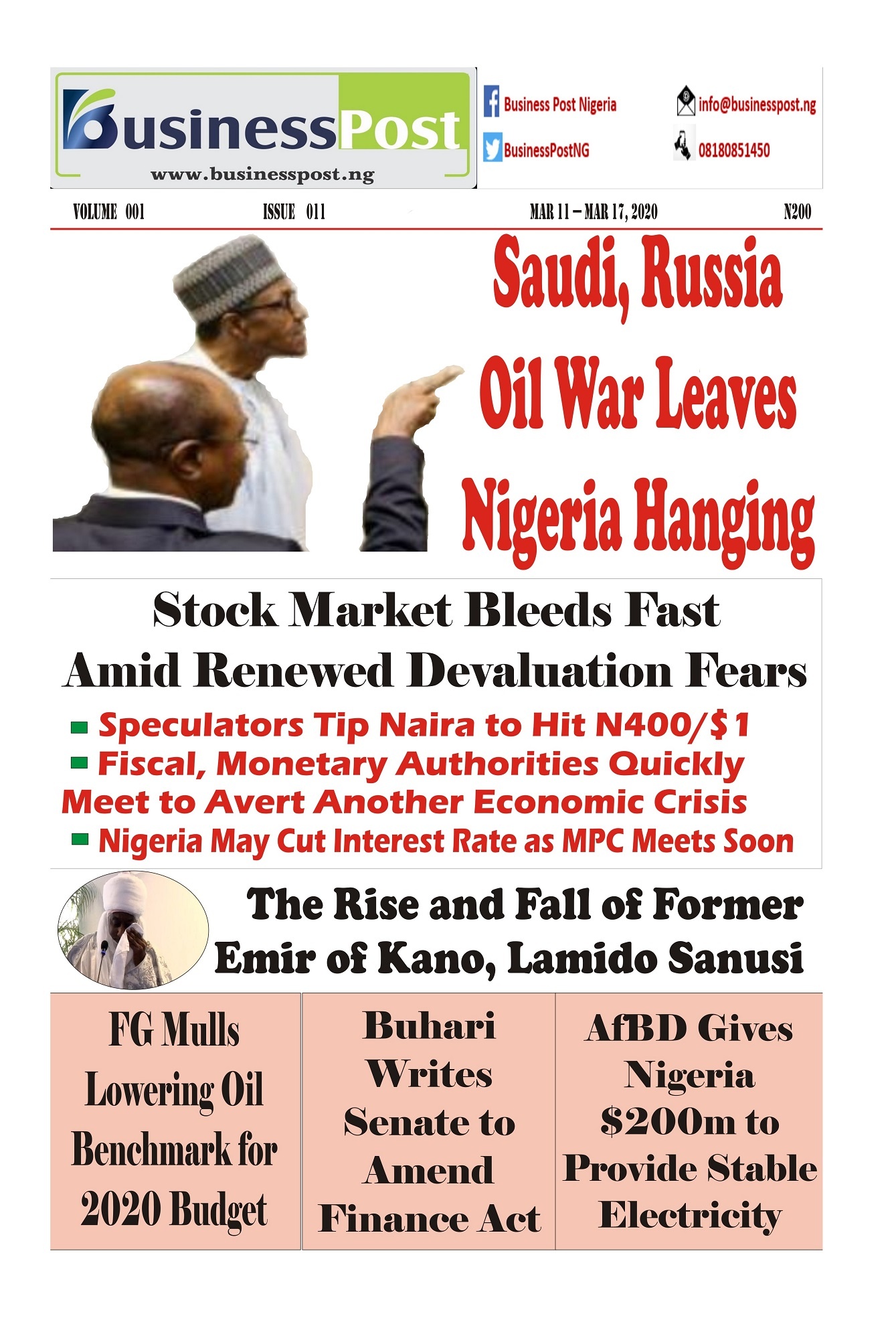 Following the recent drop in the prices of crude oil at the global market, the federal government of Nigeria is considering lowering the benchmark of oil in the 2020 budget signed into law last December.

The Africa’s largest producer of the black gold pegged the average price of oil at $57 per barrel, but the disagreement between Saudi Arabia and Russia last week at a meeting of the Organisation of the Petroleum Exporting Countries (OPEC) and allies caused prices to crash to about $30 on Monday.

While Saudi wants production reduced by OPEC to help prices stay up, Russia wants members to produce at will.

Crude oil has been battered lately at the market due to coronavirus and when Russia refused to listen to Saudi on ways to salvage the situation, the Kingdom started a price war, offering the product at discounted rates.

After prices fell to more than $40 below the oil benchmark, the FG on Monday, March 9 raised an emergency committee to review the country’s N10.59 trillion Budget for the year.

The committee was set up by the President, Mr Muhammadu Buhari and is made up of the Minister of Finance, Budget and National Planning, Mrs Zainab Ahmed; the Minister of State for Petroleum Resources, Mr Timipre Sylva; the Governor of Central Bank of Nigeria (CBN), Mr Godwin Emefiele, and the Group Managing Director of the Nigeria National Petroleum Corporation (NNPC), Mr Mele Kyari.

With oil being the major key commodity that the country uses in its spending, the committee will need to revise the budget and see what necessary measures can be put in place.

Charged with averting a replication of the 2014 oil crash which eventually led to the recession of 2016 which the country is still recovering from, Mrs Ahmed said that the committee would determine a new oil benchmark, the size of a new budget and subsequently make such new decisions public.

“But it is very clear that we will have to revisit the crude oil benchmark price that we have of $57 per barrel; we have to revisit it and lower the price. Where it will be lowered is the subject of the work of this committee.

“What the impact will be on that is that there will be reduced revenue to fund the budget and it will mean cutting the size of the budget. The quantum of the cut is what we are supposed to assess as a committee,” she said after the meeting.

During the preparation of the 2020 Budget, a crude production volume of 2.18 million barrels per day was stipulated with an oil benchmark of $57 and exchange rate of N305/$1.

In an analysis by the International Monetary Fund (IMF), it was revealed that with current market reality, Nigeria needs at least a stable oil price of $90 per barrel to balance its national budget.

The international benchmark futures, Brent Crude, as at the time of writing this report, was trading down at $37.06 per barrel.

Related Topics:oil benchmark
Up Next