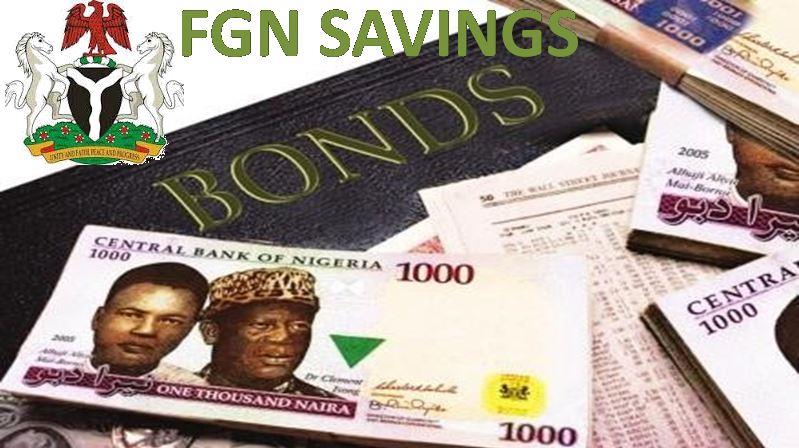 The federal government has raised a total sum of N7.3 billion in the past 10 months from its savings bond introduced in March 2017 to boost domestic investors’ participation in the bond market.

The government, this year, planned to use the savings bond to finance the budget deficit but investors’ appetite for investment in the savings bond diminished in the fourth quarter of 2017.

The December allotment figure shows that N246.41 million had been raised, which is the lowest savings bond the Debt Management Office (DMO) generated this year over drop in coupon rate.

Managing Director of Highcap Securities Limited, Mr David Adnori said, “The savings bond coupon rate dropped due to improvement in macro economy as interest rate is on decline in the economy. Rates on bonds and Treasury Bills (T-Bills) are all declining”.

Subscription in November was the second lowest as investors’ appetite started dropping.

Before November and December, the average coupon rate on FG’s savings bond was pegged at an average 12 per cent to 13 per cent, with a two-year and three -year bonds.

In October, the saving bond allotment dropped by 5.6 per cent to N389.19 million from N412.7 billion, following the slowdown in coupon rates.

Before the last quarter of 2017, there was increased participation at the debt market in the first quarter as demand for T- Bills, FGN Bonds and the Savings bond increased relative to supply.

Specifically, in March the debt office had raised N2.068 billion from the 13.01 per cent two years debt with 2,575 total number of successful subscriptions.

According to LEADERSHIP findings, data from Debt Management Office (DMO) showed that the initial auction of the savings bond still had the largest participation in the first quarter and started dropping in the second and third quarter.

The yield remained the same in June but the amount raised dropped to N607.26 million.

However, an increased yield failed to spike interest in July, as only N400.57 million was raised from the two-year and three-year paper, although the yield for the papers were raised to 13.386 and 14.836 per cents respectively.

By August, investors’ interest in the savings bond increased along with the yield offered.

Analysts maintained that many retail investors traded with caution following the yuletide celebration, while some diverted funds to the equity market, foreign exchange market, as yield on savings bond and T-Bills are not attractive.