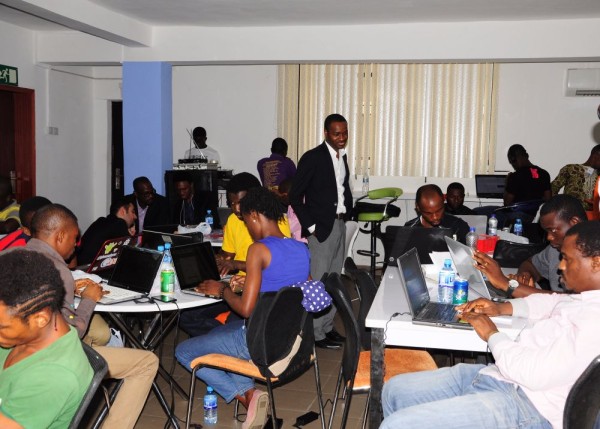 Private sector operators on Monday said Federal Government’s engagement of key stakeholders in the development process of the national economy plan showed a genuine desire to rapidly grow the economy, but pointed out that diligent implementation was key to achieving the goal.

Captains of industry and heads of the various Chambers of Commerce and Industry across the country, who gathered in Abuja for the consultative forum, variously pointed out that past development plans were rendered useless by either lack of, or poor implementation.

They therefore advised that if the Economic Recovery and Growth Plan (NERGP) being put together is to achieve the desired objective, deliberate structures must be put in place for diligent implementation, effective monitoring and thorough evaluation.

Acting President, Mr Yemi Osinbajo, who presided over the session, assured that government is determined to put back the Nigerian economy on a sound footing through diligent implementation of the recovery and growth plan.

While acknowledging that there is suffering in the land occasioned by the current economic downturn, he pointed out that the years of deterioration and corruption cannot be remedied overnight.

Mr Osinbajo said that notwithstanding, it is the responsibility and duty of government to ensure that the economy is put back on a sound footing and the slide in economic fortunes arrested for the benefit of the people and the country.

In the short term, the acting President said government has intervened in several ways to mitigate the sufferings of the people, including giving bailouts to state governments to enable them pay salaries of workers.

Also assuring on government’s determination to diligently implement the Plan, the Minister of Budget and National Planning, Senator Udoma Udo Udoma, said major emphasis will be on implementation, monitoring and evaluation of the Plan as government plans to set up a specially staffed Delivery Unit to drive implementation.

He said the Plan being discussed is a medium-term Plan, which is expected to drive Nigeria to a minimum GDP growth rate of 7% within the Plan period. “Our goal is to have an economy with low inflation, stable exchange rates, and a diversified and inclusive growth”.

He emphasized that the key to success lies in the seriousness of the execution aspect of the process, stating that the immediate execution priorities of the ERGP are Agriculture and food security; Energy (power and petroleum); Small Businesses and Industrialization and stabilizing the Macroeconomic Environment.

The Minister said the forum was in keeping with government’s promise to consult widely and harvest inputs from the relevant sectors and professionals to enrich the plan and make it all inclusive.

“We had a two day retreat at which we invited top economists, academia and some representatives of both the public and private sectors. We have held consultations with State Commissioners for Economic Planning and Budget and with State Governors at the National Economic Council.

“We have had sessions with international development partners and have also had briefing and consultation sessions with the National Assembly.

“This meeting with you forms part of the consultations we are holding before finalizing the plan,” he stated.

The specific objective of Monday’s forum with private sector operators was to review the context for Nigeria’s ERGP, share the Plan’s structure and discuss potential key initiatives and solicit feedback from them.