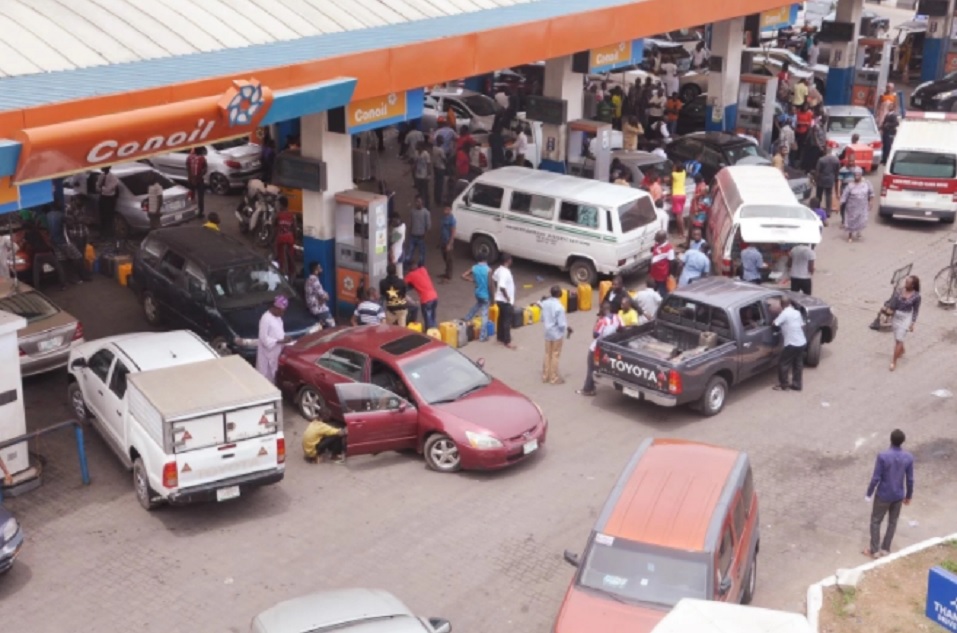 The nation may soon be thrown into another crisis of fuel scarcity if nothing is done about the 14-day ultimatum given to the federal government by the Nigeria Union of Petroleum and Natural Gas Workers (NUPENG).

The group said it would be forced to embark on an industrial action if some legitimate welfare and membership-related issues are not conclusively addressed at the end of the period.

“We write to convey to the public and all relevant government agencies the resolution of the Special National Delegates Conference to issue a 14-day notice of a nationwide industrial action if some legitimate welfare and membership related issues that have been variously resolved in our favour even by the Federal Ministry of Labour and Employment are not adequately and conclusively addressed and resolved within the next fourteen days.

“This ultimatum takes effect from Monday 15th November 2021,” the statement read in part.

NUPENG also listed reasons for its resolution to include non-payment of workers’ salaries, title benefits, among others.

It also accused the management of Chevron of terminating the employment of contract workers for joining the union.

This, it said, was despite the fact that the workers had put in between 10 to 20 years in continuous employment and that their jobs were terminated without payment of terminal benefits.

“For the records, these benefits were in line with the subsisting Collective Bargaining Agreement as at the time these workers were laid off. This fact has been severally established but Chevron management unscrupulously short paid these workers and locked them out of its premises.

“There is also the matter concerning PYRAMIDT workers, who for more than 20 years now being moved from one Labour Contractor to another without conditions of service and Union representation/ recognition.

“The struggle for the unionization of these have spanned several years with workers remaining resolute to be members of NUPENG,” the statement added.

The union also claimed that contract workers engaged in OML 42 of the Nigerian Petroleum Development Company (NPDC) Plc are being continuously owed salaries and allowances for upwards of 8 to 10 months and all effort to make management of NPDC and the contractors do the needful haven’t received any meaningful attention and actions.

“Nigeria Agip Oil Company and its contractors are also owing contracts workers’ salaries and allowances for upwards of 10 months. These workers are being denied salaries and allowances on very inhuman and wicked excuses that the Contractors are yet to fulfil certain due process, yet this due process is not stopping NAOC from exploiting the skills and sweats of these Nigerians for profits while the workers and their families are wallowing in hardship and poverty.”

“In a similar manner, NAOC has since early 2020 been using the excuse of COVID-19 to keep several of our members away from work while using casual/daily paid workers to do their work even while there is a subsisting contract,” it stated.

The union said despite the fact that these issues have been tabled before different government agencies/institutions and they have been resolved, the decisions remain unimplemented while their members keep suffering in excruciating jeopardy.