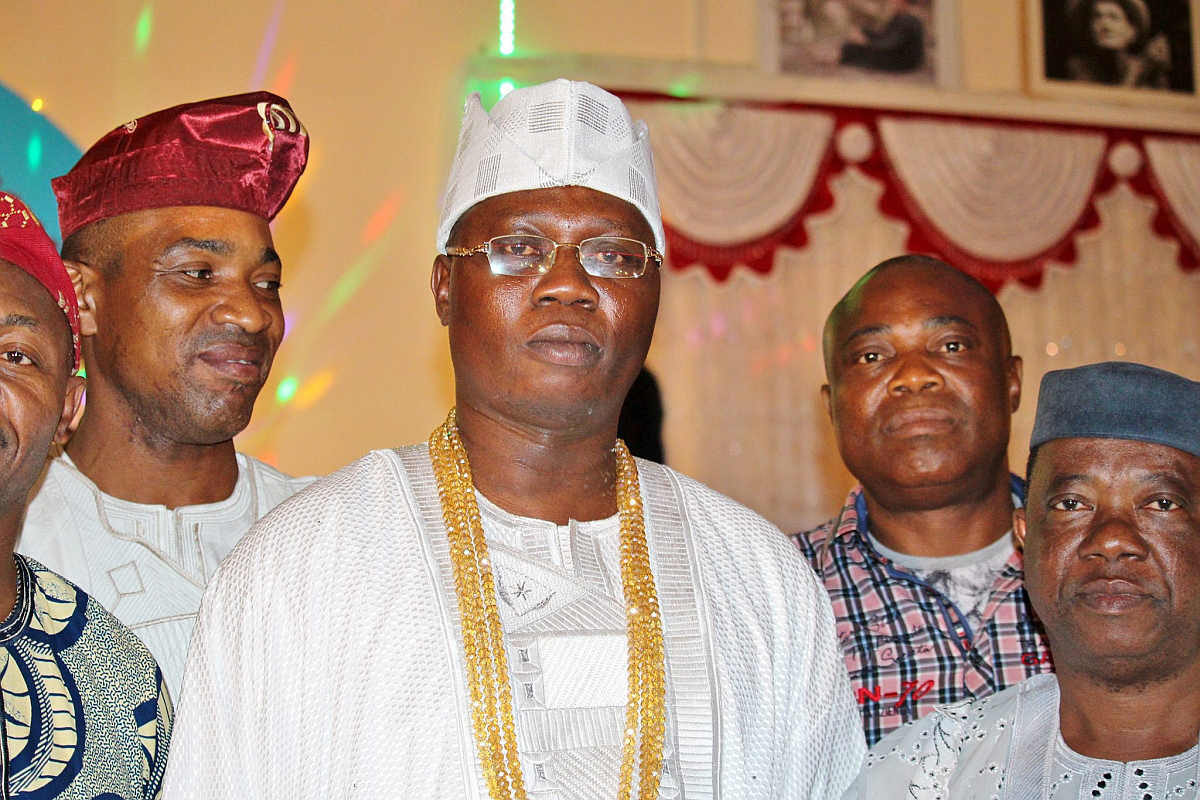 National Coordinator of the Oodua People’s Congress (OPC), Otunba Gani Adams, has revealed that an investment arm of the ethnic organization would be launched in the coming months.

Speaking during the week at the National Coordinating Council Meeting of Ikorodu West Chapter in Lagos, Mr Adams said a 700-seater capacity ultra-modern event centre would be commissioned in Mushin area of Lagos next month.

The OPC leader also said before the end of the year, a 3-star hotel belonging to the OPC would be commissioned in Abeokuta, Ogun state capital and a befitting 3-storey secretariat in the heart of Ikeja, Lagos state capital would also be unveiled.

“I am glad to announce to you that next month (October), we will commission our 700-seater capacity event centre in Mushin.

“Also before the end of the year, we will commission a 3-star hotel in Abeokuta and 3-storey secretariat in Ikeja,” Mr Adams declared, receiving rousing cheers from OPC leaders, members and other eminent dignitaries who graced the occasion.

He said the group could muster the enormous resources for the investments due to financial management dexterity and discipline of leadership of OPC.

Mr Adams said if he had yielded to the intense pressure from some elements within the OPC who insisted on sharing the proceeds from the pipeline protection contract awarded to the group by the previous government, OPC would not have had any investments.

He said contrary to the erroneous views people hold about OPC, he said the organization is peopled by responsible men and women who are patriotic and God-fearing.

He said politicians who maliciously labelled OPC as a violent, ethnic militia group were the real sponsors of violence and patrons of thugs.

According to him, they can hardly gathered 1000 people without pandemonium.

On the just concluded Yoruba Summit held in Ibadan, the OPC National Coordinator said he had never witnessed such gathering that paraded the array of finest, illustrious sons and daughters of Yoruba land since he became social and cultural justice crusader in 1993.

Mr Adams said those who condemned the far-reaching resolutions of the summit were enemies of the Yoruba race adding that were collaborators with those who were hell-bent in frustrating the collective destiny of the Yoruba nation.

He insisted that regionalism remains the viable form of government that will accelerate the growth of each region and eliminate the mutual suspicion which fuels tension and strife among various ethnic nations comprising Nigeria.

Mr Adams recalled that incursion of the military into Nigeria’s political space in 1966 disrupted the structure that would ensure harmony among the people of Nigeria. He said it was at that period that the western Nigeria witnessed its best developments.

He said, “After 1957 when Chief Obafemi Awolowo built Cocoa House, the first 25-storey building in Africa, no governor has achieved anything close to that feat ever since. We must go back to regionalism”.

Apparently referring to those accusing proponents of restructuring and true federalism of being sponsored, Mr Adams said nobody can buy his conscience not even with whopping N3 billion.

We’re Not Happy With State of Affairs in Oando—Shareholders