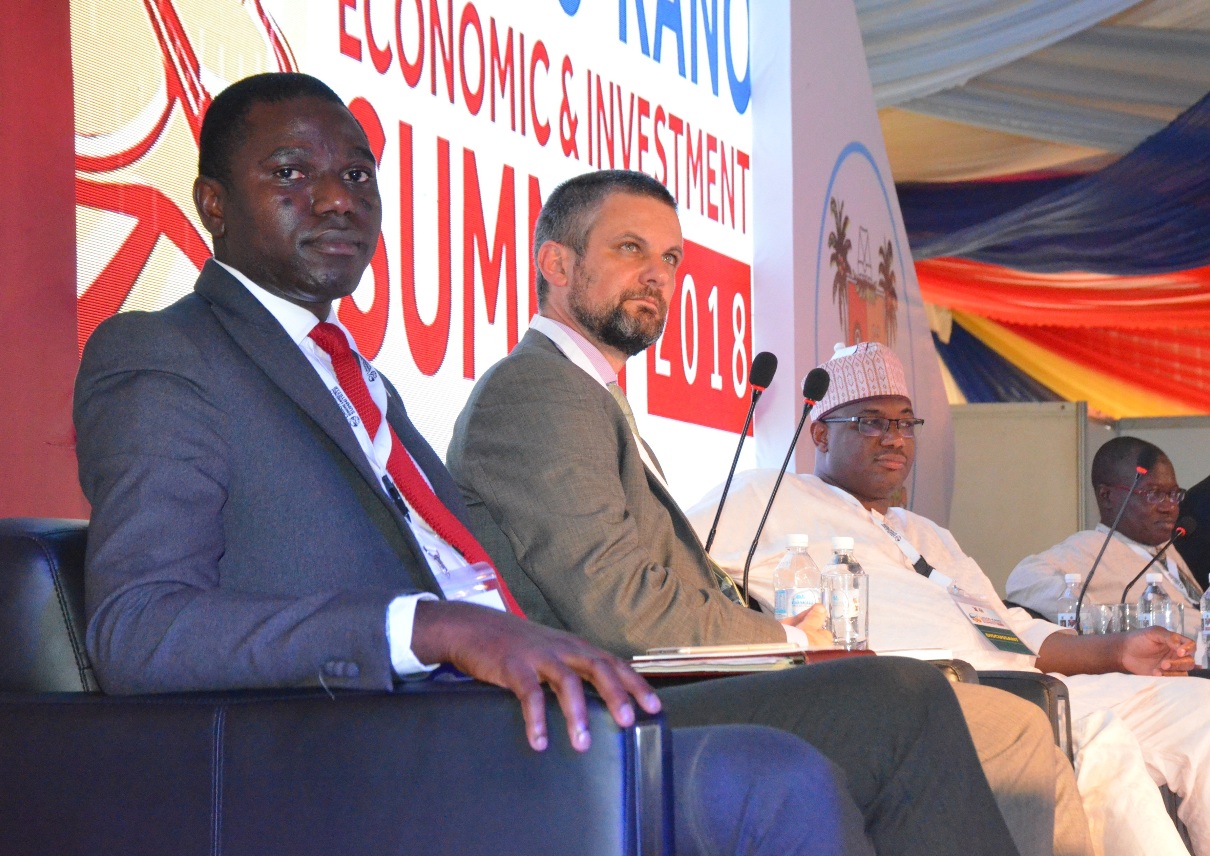 Heritage Bank Plc has taken its campaign for concerted efforts for the growth of agribusiness and commerce in Nigeria to another level as it wants the bilateral agreement signed by Lagos and Kano States to provide for a Commodity Exchange.

The two states signed the Memorandum of Understanding (MoU) last week at the Lagos-Kano Economic and Investment Summit held at the Jubilee Chalets, Epe, Lagos.

The goal of the pact was to ensure the collaboration between the two states boost commerce and agribusiness and consequently increase the revenue generation by the states.

Speaking at the event during the plenary session on: Growth & Investment Opportunities in Agribusiness – Value Chain Approach, Mr Olugbenga Awe, Group Head, Agric Financing, Heritage Bank, said there was an urgent need for the establishment of a Commodity Exchange; stating that it would provide the platform necessary for the success of the MoU signed by the states.

Mr Awe said if the Exchange was established, it would make future contracts between traders and speculators in both states and others more possible and thereby enhance agribusiness in the country generally.

Specifically, he stated that the establishment of a Commodity Exchange would help to put the activities of grain farmers and others in Dawanau market, Kano; and others in spotlight.

According to him, the volume of agribusiness and commerce going on daily in Dawanau market, which is the hub of grains and seeds trading across the world, needs to be complemented by appropriate policies.

Based on this, Awe advised the two states to ensure that the MoU they signed captures the establishment of a Commodity Exchange. Doing that, he stated, would make traceability possible for every produce traded on the floor of the exchange unlike now when grains sourced in Kano or Lagos could be sold and consumed in other part of the country without knowing its source.

Mr Awe therefore said the Commodity Exchange would help to address issues like that, adding that it would also encourage farmers to put in more efforts in planting more grains.

According to him, the Africa’s population would increase to 1.4 billion in the next 12 years, while it would be 2.5 billion in 2030.

Mr Sagagi warned that over 50% of that would be majorly young men and women who would choose to live in urban areas with the motive of getting white collar jobs.

He disclosed that there would be food shortage and climate change, which would cause 50% yield reduction in agribusiness.

Mr Sagagi therefore said the two state governments must, as from today, begin to put the mechanism in place to address the social menace that would arise because of the surge in populace. He expressed optimism that the agreement signed by Lagos and Kano States would help a lot in finding solace to the possible challenges that would arise in the future.

Mr Sandall identified financing, security and land as some of the challenges militating against smooth agribusiness in Africa. However, he said the DFID was established with the aim of supporting Africa to address issues like that.

“Apart from working on alleviating the constraints, DFID also focuses on assisting in formulating appropriate policies that would nip those challenges in the bud,” Mr Sandall stated.