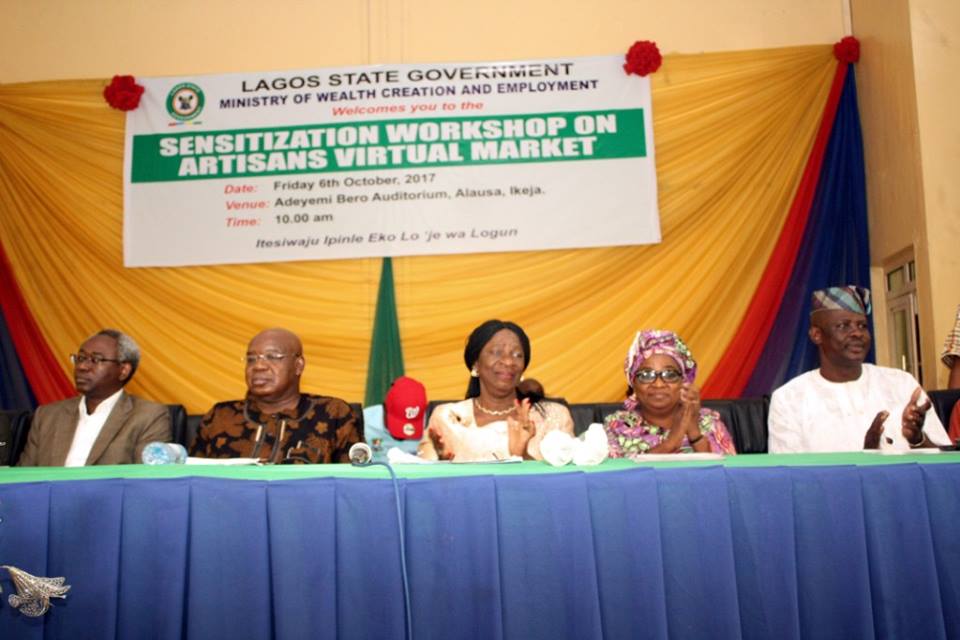 In order to boost informal sector in Lagos State as well as its economy, the state government has created a new virtual market.

This market would be easily accessible to all competent and skilled artisans registered with the Ministry of Wealth Creation and Employment in the state.

They would be able to transact businesses with their prospective customers across the globe on the new platform.

Commissioner for Wealth Creation and Employment in the state, Mr Babatunde Durosimi-Etti, disclosed at a two-day sensitization programme on Artisans’ Virtual Market at Alausa, Ikeja, that the platform will make it easy for artisans to have access to capital, finance and also benefit from the State Employment Trust Fund (ETF).

Mr Durosimi-Etti added that the virtual market initiative which is one of the windows of opportunity explored by the present administration to encourage and promote indigenous services and goods was conceived over a year ago to complement the efforts of artisans and address the issue of inadequate patronage.

“One additional benefit of this training and initiative is that it will make it easy for you to network business ideas, increase your income and also share experiences and knowledge with artisans who have equally excelled in the same business or services with you,” Mr Durosimi-Etti stated.

He advised the artisans to continue to be abreast of happenings and development in their various vocations as their services and skills would henceforth be assessed with the world standard.

The Commissioner told them to prioritize the satisfaction of their customers, be truthful and open in their dealings so that those patronizing them can continue to repose confidence in them and also connect them to those that will equally need their services.

Mr Durosimi-Etti also disclosed that the Ministry is in the process of compiling a compendium of registered artisans in the State to further scale up the informal sector, increase job opportunities and also grow the Gross Domestic Product (GDP) of the State.

“The compendium will be launched before the end of the year and will contain relevant information about all registered artisans in Lagos with their registration numbers,” Mr Durosimi-Etti disclosed.

Head of Entrepreneurship in the Ministry, Mrs Taiwo Abiose said that the State Government considered it expedient to standardize the operations of artisans to meet up with what obtains in other developed climes.

According to her, the state government wants a situation whereby efforts being put into trade and vocation by artisans will tally with their earnings.

President of Lagos State Council of Tradesmen and Artisans (LASCOTA), Mr Nurudeen Buhari used the occasion to emphasise the need for all practising artisans in the state to register with the association, saying that registered members of the Association have benefitted from the ETF initiative while others are also beneficiaries of different training programmes organised by the state government for LASCOTA.

He said the State government is fulfilling its promises as the government is currently in talks with the association to engage some of its members and also connect and recommend the members to other private organisations that require their services.