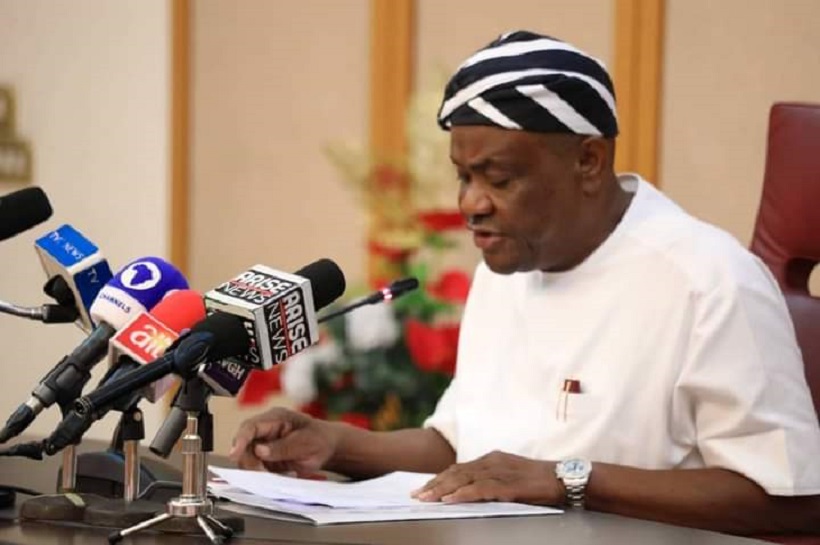 The Manufacturers Association of Nigeria (MAN) has appealed to the federal and state governments to urgently find a mutually acceptable way forward on the collection of taxes on sales and consumption to address anxiety and confusion in the business community.

Mr Segun Ajayi-Kadir, Director-General of MAN, made this plea via a statement issued in Lagos, noting that as leading payers of Value Added Tax (VAT) in Nigeria, having contributed N44.9 billion in the first half of 2021, the manufacturing sector was going to be the hardest hit by the looming impasse.

Mr Ajayi-Kadir said that the business community could not afford the anxiety and confusion currently generated by the VAT war between the central government and the Rivers State government, which is attracting other states to follow suit.

In August, the Rivers State government had obtained a court judgement that said the government had the constitutional right to collect VAT from companies operating in the state because it was under the concurrent list. This inspired the sub-national government to enact a law on this matter.

Other states of the federation, including Lagos, is in the progress of doing the same and the Federal Inland Revenue Service (FIRS) is not happy about this. In fact, it approached a Federal High Court to obtain a stay of execution but its suit was thrown out, forcing it to appeal the earlier judgement.

On Wednesday, the Rivers State government held a stakeholders’ meeting with oil companies operating in the state and the Governor, Mr Nyesom Wike, warned them not to pay the VAT to the federal government. He also warned that if the FIRS continues to harass firms in the state, he would eject the agency.

For the manufacturers’ group, the sector should not be made to suffer while the two tiers of government fight over who should control consumption tax.

The MAN DG stressed that manufacturers should not be put in a situation where they would have to pay both governments the same tax, saying such a move would amount to overkill for the struggling manufacturing sector and a recovering economy.

Mr Ajayi-Kadir said that the recent controversy over the control of the VAT  between the federal and state governments in the face of the court judgements and the strong statements emanating from the two tiers of government were unhealthy for business.

“Manufacturers, like many other business operators in Nigeria, are deeply concerned about what becomes of their fate come September 20 when businesses are expected to file VAT claims and beyond.

“The contentions are worrisome and potentially inimical to the smooth operations of our businesses as on the one hand, The Federal Inland Revenue Service (FIRS) is insisting on continuing to collect VAT.

“Rivers State Government is ordering the immediate and complete collection of the same tax while Lagos State is preparing the grounds to go the way of Rivers and who knows, other States may be warming up to join the fray.

“What we expect therefore is for the federal and state governments to stop the grandstanding and find a mutually acceptable way forward,” he said.

Consequent to a court ruling, Governor Nyesom Wike of Rivers States had directed the Rivers State Revenue Service (RSRS) to immediately commence collection of VAT from corporate bodies and businesses in the state, a move that has created friction with the FIRS.

Meanwhile, Lagos State also decided to follow this path as the VAT bill has passed the first and second time in the state House of Assembly with the document referred to the Committee on Finance, which has been asked to submit its report on Thursday (today).

Related Topics:VAT war
Up Next