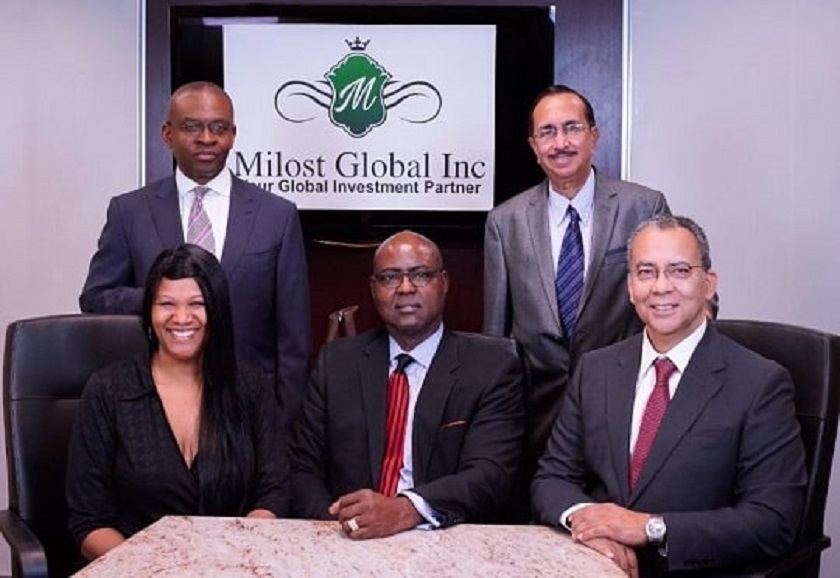 American equity firm, Milost Global Inc, has terminated its deal with Unity Bank Plc after a media report in Nigeria claimed the transaction was fraudulent.

The New York-based private equity firm lamented that its effort to help grow the Nigerian economy through genuine investment were rubbished by those who were bent on tarnishing its image in the Africa’s largest economy.

However, the firm, in a statement issued on Monday afternoon, said despite this, it would continue to do business in Nigeria.

Kim Freeman, Managing Partner & CEO of Milost, stated that, “Milost will continue to do business in Nigeria despite any negative publicity and this will ultimately benefit Nigeria and Africa.”

Also, Senior Partner & CIO of Milost, Solly Asibey, stated that, “We will not be deterred by media attacks that are baseless and unfounded. Our funding objectives for the Nigerian market remains solid and unwavering.”

Explaining how its transactions with Unity Bank started, the firm said in the statement that, “On August 7, 2017 Milost Global Inc received a request for a call with the CEO and CFO of Unity Bank PLC.

“On the call, Unity Bank expressed its interest in working with Milost Global Inc as its funding partner for its growth plans in Nigeria.

“Following the call, a desk top due diligence was conducted by Milost to its satisfaction. On September 4, 2017 a $1 billion financing term sheet was fully executed by both Milost and Unity Bank.

“The facility, a combo of equity and debt, was provided on the exciting understanding that Unity Bank would delist on the Nigerian Stock Exchange and move its listing to the USA. The signed term sheet was approved by the board of Unity Bank.

“At the meeting, she explained the need for capital funding at the bank and also their expansion plans. It was then agreed that Milost Global Inc would start further due diligence on Unity Bank PLC.

“It is normal practice for all the publicly quoted companies which we fund to notify the market regulator on signature of the commitment letter since it has material effect to the stock; however, Unity Bank did not. Milost assumed that this did not happen because Unity had agreed to move its listing to the USA.

“To the surprise of Milost, a story broke on Bloomberg about the transaction and all the contents contained therein were true in their entirety. Bloomberg tried to reach us by email but we didn’t respond as we don’t usually entertain journalists.

“The Bloomberg article was very factual except for that Milost was to acquire 30% of the bank, whereas in reality Milost was to take a controlling 60% of the bank at closing, in a transaction that would retain the same board members and the same management for continuity of operations.

“Soon after the story broke, Milost started receiving threatening emails from a gentleman who says he is politically connected to the powers that could shut Milost out of Nigeria if Milost didn’t terminate the Unity Bank transaction.

“The said individual was very well informed about our dealings with Unity Bank such that he knew the audit group Milost had hired to carry out the final due diligence.

“He told Milost to tell the board of Unity Bank that the audit firm had instructed Milost that Unity Bank was a bad investment, failing which he would unleash the media on Milost using among other things accusations that would cause the government to send Milost packing.

“These threatening emails were shared with the CEO of Unity Bank and the then CFO Ebenezer Kawole.

“Following these emails, negative articles by Business Day Nigeria started appearing accusing Milost of operating a pump and dump operation. At that point, Milost realized that the original threats had begun to materialize, because after that first Business Day article on its alleged pump and dump, another email was received confirming that it’s the work of the blackmailer.

“Today, we woke up to yet another article that claims Milost Global Inc was involved in a case with Securities and Exchange Commission because of a failed transaction and a filed law suit against Milost Advisors which sold a company to Alex MacGregor.

“Milost Global Inc wishes to clarify this due to the repeated unprofessional conduct of Business Day Nigeria and its incompetent journalists who are failing to verify facts and communicate with all sides before print and this has led Milost to take legal action against Business Day Nigeria and their journalists Iheanyi Nwachukwu and Lolade Akinmurele. Milost Global Inc will be filing a $500 million lawsuit against the three before the end of the week.

“For the record, Milost did not violate any of the SEC regulations in the US, instead, Milost was sued by Alex MacGregor as he claimed he had paid, a Milost Global Inc former sister company, Milost Advisors LLC which was dissolved in 2016.

“Mr MacGregor filed a claim stating that he paid to acquire a shell company from Milost Advisors LLC but he did not receive the shares. Whereas the truth is that Mr MacGregor did receive the stock certificate and the transaction was filed with the SEC on May 11, 2017: see the link http://pdf.secdatabase.com/436/0001617819-17-000007.pdf and this proves that Business Day and its journalists are being used by the Unity Bank shareholder that has been threatening to tarnish Milost’s image if the Unity Bank transaction went through.

“Milost Global Inc has analysed all its facts on the table and decided to terminate the Unity Bank transaction and the termination letter was sent to the bank this morning.

“Milost Global Inc wishes to reaffirm its interest in the Nigerian market and to also state that it will soon be releasing the first and second drawdowns to Japaul Oil & Maritime Services PLC to the total of $21 million in a combo of equity and debt.

“Milost Global Inc also states on the record that it has hired one of Nigeria’s finest law firms to represent it in the lawsuit against Business day and its two journalists.

“Business Day has failed to report facts and instead focused on fake news. All the articles written by Business Day about Milost Global Inc have been negative and vindictive which shows that Milost is under attack in Nigeria.

“Milost wishes to state that it will fight tooth and nail to ensure that this kind of behaviour doesn’t affect other investors that wish to help grow the Nigerian and West African economies at large. This nonsensical behaviour by Business Day, being used by forces that seek to suck the life blood out of progress in Nigeria, ends here. Milost Global Inc will be the last investor to be treated like this in Nigeria.”

Lafarge Shifts Board Meeting to Tuesday