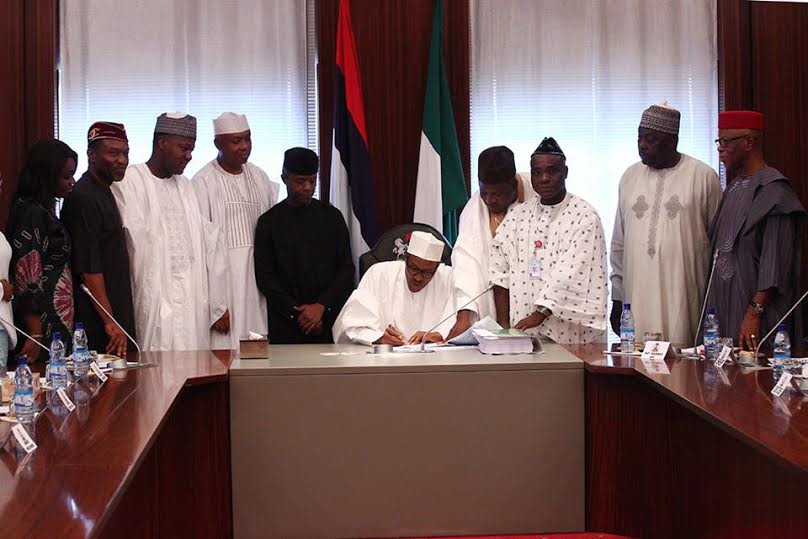 Minister of Budget and National Planning, Mr Udoma Udo Udoma, has informed the Senate Committee on Appropriation that so far, the Federal Government has spent N3.577 trillion out of the full year budget of N6,060 trillion for the 2016 fiscal year.

Mr Udoma, at an interactive session with members of Committee in Abuja on Thursday, explained that this translates to a 79 percent performance of the prorated budget for the three quarters up to September 30, 2016.

He said in addition to the total of N2,439.9trn so far released for Capital, Non-debt Recurrent and Service-wide Vote expenditures, a total of N1,137.7trn has also been paid out in domestic and foreign debt service expenditures.

This, he said, includes N44 billion transferred to the Sinking Fund to retire maturing obligations on bonds issued to contractors.

The Minister noted that to date, budgeted personnel cost and debt service obligations have been fully met on schedule.

Additionally, government has done reasonably well in the challenging circumstances with respect to capital expenditures, he said.

According to him, it is noteworthy that the total amount of N753.6 billion already released for capital expenditure in 2016 is the highest in the nation’s recent history, even in the era of high oil prices.

Mr Udoma disclosed that in spite of the shortfall in revenue expectations, government was committed to its debt obligations and has also made efforts in funding the critical sectors to enable government function smoothly, while seeking lasting solutions to revenue shortfalls.

He explained that although the 2016 budget was well conceived, with reasonably conservative benchmarks, it recorded unanticipated revenue shortfalls along the line due to militants’ activities in the oil-producing Niger Delta region, a development which seriously affected the budgeted production levels for the fiscal year.

The Minister further explained that government adopted a targeted approach with respect to capital expenditure to ensure that releases are consistently made to those sectors whose activities have the capacity of driving economic growth and fostering job creation.

Particular attention was focused on infrastructure, agriculture and other areas with high job creation potentials, he said, pointing out that all the releases have been cash-backed.