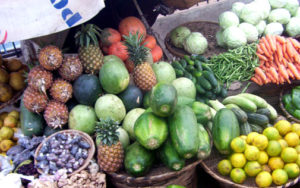 Also, the agency disclosed that for the full year 2016, Nigeria’s GDP contracted by 1.51 percent, indicating real GDP of N68 billion for the year.

According to the report, quarter on quarter, real GDP increased by 4.09 percent, which partly reflects seasonal factors as well as a rise in the general price level.

The agency pointed out that the contraction reflects a difficult year for Nigeria, which included weaker inflation-induced consumption demand, an increase in pipeline vandalism, significantly reduced foreign reserves and a concomitantly weaker currency, and problems in the energy sector such as fuel shortages and lower electricity generation.

It said further that during the last quarter of 2016, nominal GDP was N29.3 million at basic prices, which represents year on year nominal growth of 12.97 percent.

The NBS stated that in contrast to real growth, this is 5.84 percent points higher than the rate recorded in the same quarter of 2015, implying that the GDP deflator increased faster than the earlier period.

It said the Nigerian economy can be more clearly understood according to the oil and non-oil sector classifications.

Related Topics:Real GDP
Up Next