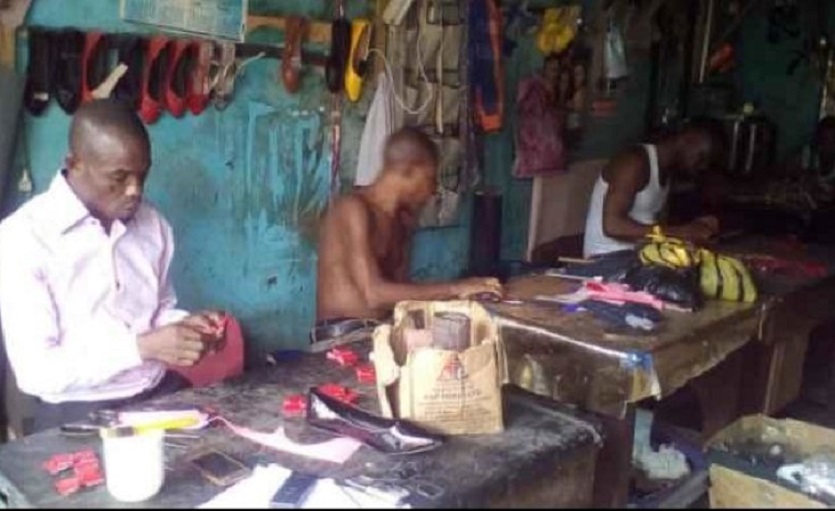 The Abia State Governor, Mr Okezie Ikpeazu, has described Nigeria’s penetration in the global shoe industry as very low, though he expressed optimism that in the nearest future, this could be increased.

Speaking at the launch of the Enyimba Automated Shoe Company (ENASCO) in Aba on Thursday, November 11, 2021, the Governor said the sector could propel economic growth in the country.

According to him, the penetration of Nigeria in the global footwear market currently stands at 2.5 per cent but could jump to 23 per cent by 2026 if the environment is made very conducive for investors to thrive.

Mr Ikpeazu disclosed that in 2020, despite the economic meltdown caused by the COVID-19 pandemic, the shoes produced from Abia State contributed about $96 billion to the $250 billion made in the sector globally.

He described Nigeria as one of the largest producers of shoes, thanks to made-in-Aba products, noting that the nation can be self-sufficient in what it needs by promoting and patronising homemade products.

“The shoe business all over the world in 2020 was worth $250 billion, and of this, Nigeria contributed $96 billion. I am seeking how we can get a greater chunk of this market share going forward.

“The penetration in the shoe industry today is about 2.5 per cent, and it is expected to climb to about 23 per cent by 2026,” the Abia State Governor noted.

He further disclosed the plans to tap into the development, stating that with the inauguration of the outfit, the state was tying the loose ends of production and marketing of Aba products.

He further explained that in his own perception, the company hopes to push out 5,000 pairs of shoes daily from the date of its inauguration.

He also revealed that in 2020 during the COVID-19 period, ENASCO received an order to supply shoes to the same American shoe company that gets supplies from China because the country, could not supply them.

The Governor further disclosed that Abia was encouraged to play in the footwear ecosystem because it could be a big player if the government were committed to it.

In his agitation, the Senate President, Mr Ahmad Lawan, said ENASCO should get funding and patronage from government agencies.

“This project, in addition to providing employment in local communities and in Abia directly, will produce more employment opportunities indirectly for the leather industry in Kano and other places in Nigeria,” the number three citizen of the country said.

The Senator noted that the Central Bank of Nigeria (CBN) must be looking in this direction for expansion, and to double and quadruple the number of youths being employed directly, as 120 youths have been employed already.

According to him, it would require providing more resources for more production lines to push for more support for the shoemaking industry.